The Regional Cooperation Council (RCC) marked its fifth anniversary last month. Over these five years of its existence, we saw important steps forward in connecting our region: joint infrastructural projects, constant increase of the level of cultural exchange, cooperation in the fields of justice, home affairs, security, education, science, health care, media. And we all know that the improvement of cooperation, of economic and cultural bonds, also leads towards economic growth.

Much has been achieved. The RCC has become a rallying point for decisive action by all the stakeholders involved and evolved towards a focused and matured actor persistently promoting and strengthening regional cooperation.

Let me point out to few of the most important results achieved: Taking over of the management of the South East Europe Investment Committee from the Organisation for Economic Co-operation and Development (OECD) and its repositioning as the development vehicle for South East Europe 2020 (SEE 2020) strategy; establishment of Sustainable Energy Development Regional Initiative Task Force; initiating and adopting the 2011-2013 Regional Strategic Document in Justice and Home Affairs, the Action Plan for its implementation, and Monitoring and Evaluation Mechanism to measure the progress achieved; creating regional mechanism of cooperation among Chiefs of Military Intelligence and Heads of National Security Authorities; initiating development of the Regional Strategy for Research and Development for Innovation for the Western Balkans and setting up the RCC Task Force on Culture and Society; assisting the establishment of the European Association of Public Service Media in SEE as a non-profit professional body of public broadcasters.

The RCC will continue to work on creating an environment where, with respect to mutual differences, we will be able to adjust our own interests to those of our neighbours, and profit from that synergy.

Now that we have a solid foundation it is time to look at what the future brings.

Since November last year, when the ministers of economy from the region adopted the main development targets, we have been actively working on the South East Europe (SEE) 2020 development strategy, the basic goal of which is to improve living conditions in our region. It also aims to bring back in focus competitiveness and development of each country and the entire region. In that sense, this document leans on the EU strategy Europe 2020.

We are in the midst of a large economic and financial crisis, which made lives of the poorest impossible and practically destroyed the middle class. The majority is unemployed. Those who do have jobs, work for low salaries with constant fear of unemployment. SEE 2020 is focused on turning over the present economic stagnation and downfall, and fully concentrated on economic and social growth. Ministers of economy from the region gave green light to the strategy development and set goals they want to achieve together. We are here to do everything we can to help them be successful in achieving these goals.

Let me mention the most important ones: employment growth from 40% to 45%, increase in mutual trade by 230%, the rise of the region's GDP from the current 38% to 46% of the EU average. We also want to see the increase in the foreign direct investment inflows in the region by 120% and additional 300,000 highly educated people on the job market. In order to make this happen, production, trade, investments and education must be improved, and our national governments must be far more efficient than they are nowadays.

In the EU context, we want to achieve a maximum level of consideration for the region’s interests in designing the Instrument for Pre-accession Assistance (IPA) 2, as the key EU financial pre-accession support mechanism. We want the region’s voice to be heard. The RCC will be consulted in the process of making decisions about the use of these funds at the regional level. I think this is a practical way to maintain EU integration dynamics, enhancing at the same time the region’s stability. This also testifies to the EU’s permanent support and commitment to the inclusion of the entire Balkans, just like it was decided ten years ago in Thessaloniki.

I wish to thank all national institutions from the region as well as all relevant regional and international partners for their extensive support. The RCC is counting on them in the future as well, to assist us in fulfilling our mission of promoting mutual cooperation and European and Euro-Atlantic integration of South East Europe in order to inspire development in the region to the benefit of its people.

Goran Svilanović took office as the Secretary General of the Regional Cooperation Council on 1 January 2013, succeeding Hido Bičević, the first RCC Secretary General. Svilanović previously served as the Co-ordinator of the OSCE Economic and Environmental Activities (2008-2012) Chairman of Working Table I (democratization and human rights) of the Stability Pact for South Eastern Europe (2004-2007), and Minister of Foreign Affairs of the Federal Republic of Yugoslavia (2000-2004). He holds a Ph.D. in law from the Union University in Belgrade, as well as Masters and undergraduate law degrees from the University of Belgrade.

5th anniversary panellists about the RCC:

“The RCC has achieved a lot in its five years of existence. It is an organisation of the region for the region. The future brings new challenges, such as implementation of all-inclusiveness in the region. We also hope to see the RCC activities even more closely linked with EU enlargement process.”
Stefano Sannino, Director General for Enlargement, European Commission

“Regional cooperation is the key EU integration factor for our region. During the five years of its work, the RCC has contributed a lot to promotion of regional cooperation and establishment of contacts between the region and the EU.”
Zlatko Lagumdžija, Deputy Chair of the Council of Ministers/Minister of Foreign Affairs, Bosnia and Herzegovina

”It is exactly because of the role of regional cooperation in promoting peace, stability and prosperity that we continue to support the work of the Regional Cooperation Council.”
Kieran Dowling, Ambassador of Ireland to Slovenia, Croatia, and Bosnia and Herzegovina/ Irish Presidency of the Council of the European Union (EU)

“The future of the Regional Cooperation Council’s efforts and activities should be directed towards joint regional projects. We support strong partnership of the RCC, SEECP and the European Union aimed at fulfilling regional goals.”
Radu Podgorean, State Secretary of the Ministry of Foreign Affairs, Romania, incoming Chair-in-Office of the SEECP

“In the first five years since its inception, the RCC has become one of the key regional players and an indispensable partner in the overall regional cooperation processes. We hope that the RCC will continue promoting comprehensive, sustainable regional cooperation as it has so far.”
Vera Mavrić, State Secretary of the Ministry of Foreign Affairs, Serbia, preceding Chair-in-Office of the SEECP

“Principles of regional cooperation are of crucial importance for our region. We hope to see the RCC becoming the most useful cooperation tool that South East Europe needs.”
Ivan Naydenov, Deputy Minister of Foreign Affairs, Bulgaria

“The Regional Cooperation Council arose from the Stability Pact in the best moment and has done an excellent work until now.”
Erhard Busek, former Special Coordinator, Stability Pact for South Eastern Europe

“South East Europe should learn how to profit from its diversity. The region should embrace the vision of a regional cooperation that would be beneficial for each participant in the process instead of trying to resolve issues, arising particularly from the difficult economic crisis, within their own national boundaries.”
Hido Biscevic, former RCC Secretary General

“I thank the RCC for recognising the work of the Central European Free Trade Agreement (CEFTA) and for the Champion of Regional Cooperation 2012 award. The CEFTA proved that successful regional cooperation is possible and I am proud if I personally contributed to this success.”
Renata Vitez, Director of the CEFTA Secretariat 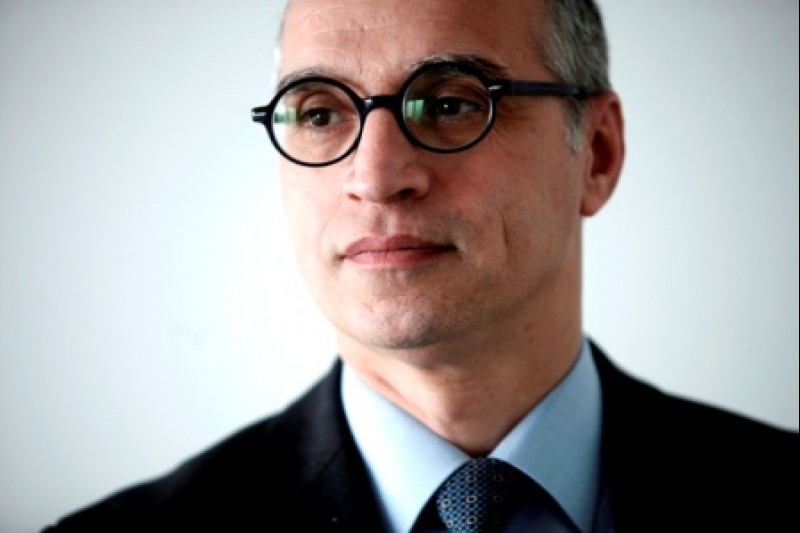