CEFTA - the Champion of Regional Cooperation in South East Europe

Recognizing the sensitiveness of agriculture in each of our countries, I would say that the biggest achievement was made in the area of liberalisation of trade in agricultural goods. A significant removal of tariffs and quotas across the region in 2011 has already proved to be beneficial to the increase of overall intraregional trade. Following this successful example, the Parties that did not participate previously, such as Bosnia and Herzegovina, now initiated the negotiations on removal of outstanding import duties. Another big step was accomplished when all the CEFTA Parties decided to open negotiations in progressive liberalisation of trade in services as of 1 January 2013. Not to forget, many other results such as successful implementation of the diagonal cumulation, a systematic and ex ante approach to the elimination of non-tariff barriers to trade, as well as improved transparency in legislation contributed importantly to the boost of mutual trade and perked up the image of the region. Apart from this, the opening of the public procurement market, the notification of state aid, the simplification of customs procedures, all show the strong determination to move forward in deeper integration.

As you earlier said, the motive for signing the Central European Free Trade Agreement (CEFTA) was approximation to the European Union and attracting investments. In order to achieve this, the signatory states i.e. Parties [Albania, Bosnia and Herzegovina, Kosovo*, the Former Yugoslav Republic of Macedonia, Moldova, Serbia, Croatia and Montenegro] must enhance cooperation in all areas. What is the current situation and what needs to be done?

It is true that the prime motivation for signing such an Agreement was setting the good ground for accession of countries to the European Union (EU). Nevertheless, this process is not conflicting with the inner growth of the region, and all the activities and efforts made in deepening cooperation lead to creating a more uniform and compact area ready to be integrated into the EU economy. A lot had been done in the last 12 years, but more needs to be performed in order to better align with the requirements of the superior market. The uneven dynamics of harmonisation of legislation, the under-developed infrastructure, the low competitiveness of national companies, all of these issues have to be addressed in a more serious ways with a determined political will and farsighted vision. European Union is in crises now, and needs some time to recover. It is widely recognized that there would be no further accessions until 2020 after Croatia enters the EU. However, that does not mean that we should all plunge into depression, it means that we got the additional time to better prepare ourselves. The region has to think how to attract more investment once the crises is over, and to do it rightly, the countries need to align the forces to enlarge the capacities in all areas that promise sustainable growth. For example, the good transport connections with the EU countries position the region quite well and this has to be exploited to a maximum.

What are CEFTA’s priorities and plans for 2013 and beyond?

CEFTA’s technical bodies consisting of three subcommittees and three working groups in specific areas such as agriculture, Non-tariff Barriers (NTBs), customs and services develop detailed strategic work programmes for the three-year period. Therefore, the objectives and mechanisms for achieving identified goals are elaborated and carefully planned in advance. As mentioned previously, the gradual liberalisation of trade in services is our major task in the years to come. Once completed, it will enable small CEFTA economies to become part of not only regional but also global supply chains and production networks. This in turn will make them more attractive to foreign investments, where cumulation of origin through Pan-Euro Med (PEM)[1], together with targeted efforts to facilitate trade throughout the region, will have an important role.

Furthermore, in order to reduce technical barriers to trade, the CEFTA Parties are working on signing the agreement on mutual recognition of conformity assessment procedures, which will ease the access of industrial products on their markets. The significant work has been underway in the area of transparency, allowing for better insight into the domestic legislation by creating the tailor made sanitary and phytosanitary (SPS) Database, technical barriers to trade (TBT) Platform, information on non-tariff barriers to trade Database (MADB) and promoting the CEFTA to the wider audience through the so-called CEFTA Trade Portal.

In addition to these regular activities, CEFTA Structures are responsible for programming and implementing the activities of the Pillar on Integrated Growth of the Strategy SEE 2020. This seven-year long period will allow for more scrutinised approach in seeking synergies of harmonisation and optimisation at the regional level as well as in linking trade and investment to other interdependent areas of intervention such as sustainable and smart growth.

What does the RCC’s Champion of Regional Cooperation award means to you?

The award came just at the right time, after four years of intensive work. The work agenda is getting even more demanding both in technical and political terms, conditioned by the opening of negotiations in the areas such as liberalization of services, etc. Therefore, this award is not only acknowledgment of the work in the past but also an incentive for the future.

How do you see cooperation between the Regional Cooperation Council and CEFTA develop in the future?

Since the establishment of both organisations in 2008, although informal the cooperation has been very good. Now, having SEE 2020 strategy as a joint platform to work on, the work will become more intertwined and will require closer coordination of activities from both teams. Our mandates are very complementary. The CEFTA Secretariat has a primer goal to technically prepare the ground for the implementation of an economic agenda, while the RCC has a more prominent political role in the region. The CEFTA would certainly need and benefit from RCC’s active support in carrying out of the strategy in the years to come.

Renata Vitez has been Director of CEFTA Secretariat since its establishment in 2008. Vitez has worked in both the public and private sector in Slovenia and the Western Balkans. She has served as the State Secretary of the Slovene Ministry of Economy, where she was heavily involved in Slovenia’s participation in CEFTA and in its accession to the EU. More recently, she has worked in Montenegro as a Resident Twinning Adviser with a focus on EU integration. 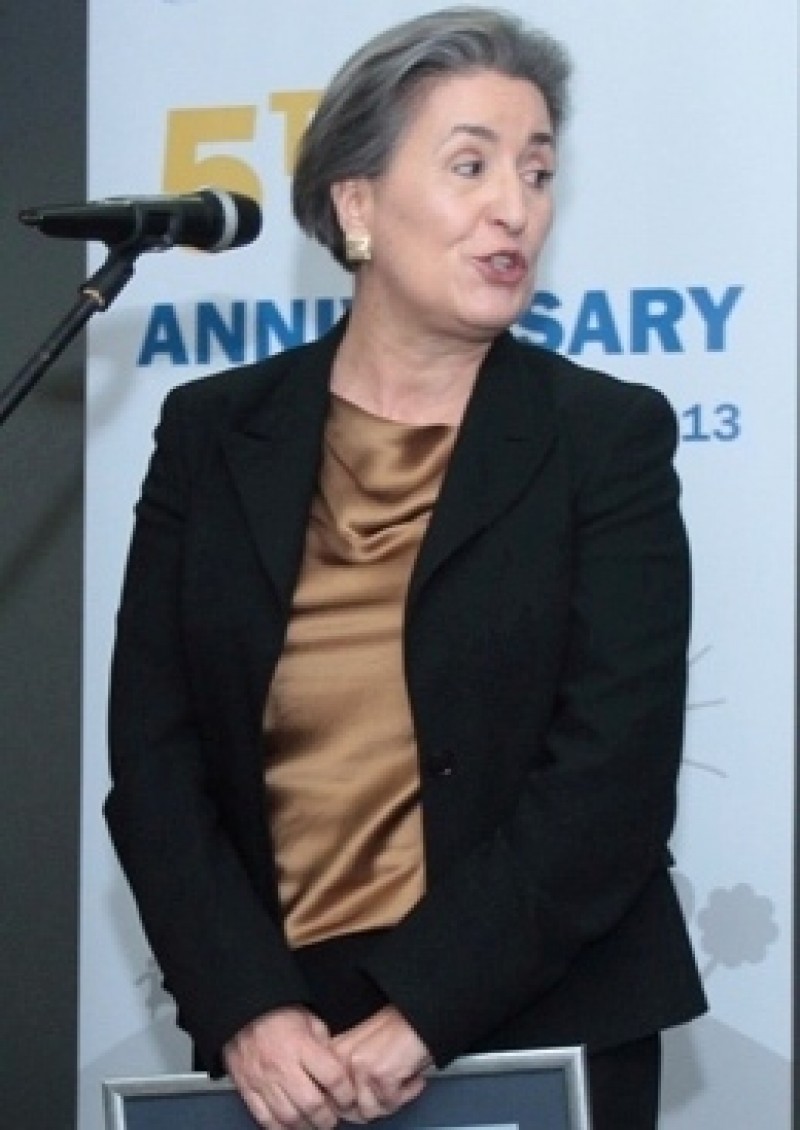