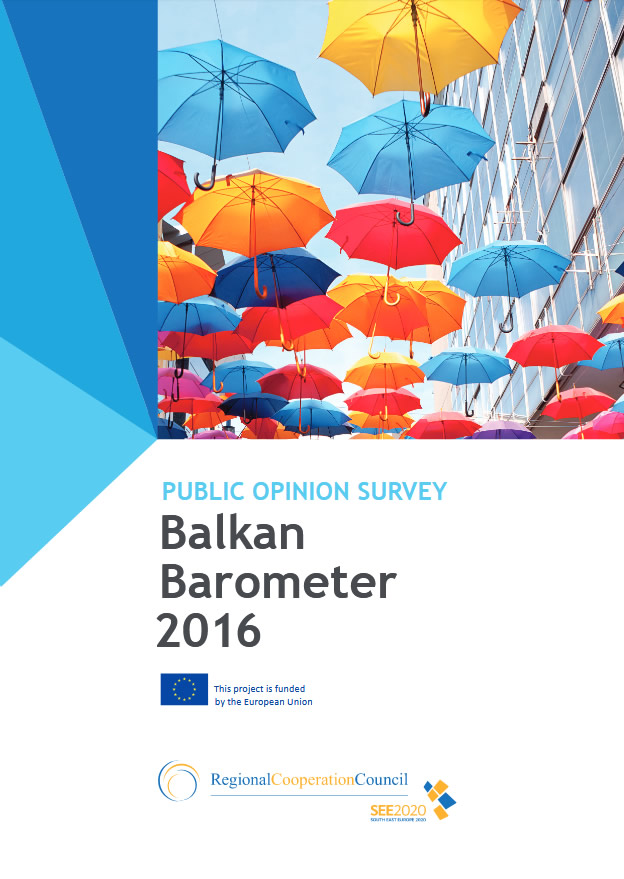 The Balkan Barometer, published for the first time in 2015, surveys 7,000 citizens and 1,400 businesses in seven SEE economies, on a wide range of issues dealing with the political, socio-economic, business and investment climate, infrastructure, rule of law and other developments in the region. This year’s survey also includes select information on Moldova and Slovenia, giving a wider overview of the South East European region. The Balkan Barometer 2016 is published in two volumes: The Public Opinion Survey, detailing the citizens’ attitudes, and the Business Opinion Survey, summarizing the business sentiments. The research and publications have been prepared and developed in cooperation between the RCC and the GfK, one of the world’s largest market research institutes.