The Political economy of unemployment in the Balkans
By Mihail Arandarenko

The Balkans are often cited as the region with the lowest employment and the highest unemployment rates in Europe. Actually, according to most indicators, this part of the world has the worst labour market performance worldwide, if measured by standard quantitative indicators – the employment, unemployment and activity rates. According to public opinion surveys, high unemployment is invariably perceived as the single most important problem that the region is facing. Most recently, this has been confirmed in the RCC's Balkan Barometer 2015. 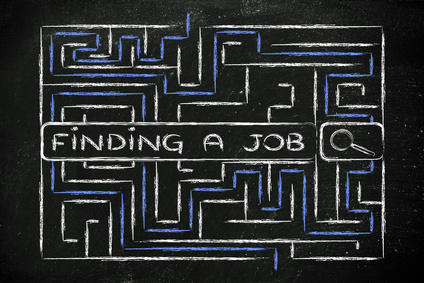 The worsening of the main labour market indicators has been an almost constant feature of socio-economic statistics since the start of the region’s delayed and difficult transition. In most countries, even during periods of significant economic growth, labour markets have shown few signs of improvement. To some degree, the downward participation and employment trends have been an inevitable consequence of transition and restructuring. Still, these asymmetric adjustment patterns - worsening in ‘bad’ times, followed by only symbolic improvements in ‘good’ times - point at the longer term structural problems probably exacerbated by institutional weaknesses and dubious economic policies.

On the one hand, low employment translates into high numbers of families with no income from work or with very low work intensity, elevating poverty and expanding the number and share of persons at risk of social exclusion. On the other hand, low employment hampers long term growth prospect.

As pointed out in the RCC's Balkan Barometer, even if unemployment and economic difficulties are at the top of problems that region faces, they did not play a key role in the past elections. By contrast, the public does not perceive the state of public finances as such an important problem, while this dominates the policy agenda in almost all the countries. This disconnect is similar to the one regarding the lack of political importance of low employment and high unemployment. This is the major political and policy paradox in the region that needs to be explained.

What follows is my own attempt to resolve this major puzzle of Balkan political economies.

Although it might look as if they have been randomly lumped together in their present exact composition by the strike of geopolitical developments, I believe that the countries of the Western Balkans have several common and distinctive features regarding the way their political economies and especially labour markets function. Understanding these features could help a great deal in designing comprehensive reforms and improving economic policies, including those at the regional level. The combination of these features appears to be rather peculiar in global terms, and can help explain the negative worldwide record of the region in terms of labour market performance. This framework might also help to explain relative social and political stability in the region despite the extremely high levels of unemployment and social exclusion and sluggish growth.

In a nutshell, labour markets in the Western Balkans are characterized by the four dominant common features:

I have adjusted into a metaphor the title of Albert O. Hirschman's famous book 'Exit, Voice, and Loyalty' and called this very peculiar arrangement the exit-loyalty political economy model of unemployment. The `exit` refers to emigration and informality, while `loyalty` refers to the monetary and non-monetary advantages of public sector employment. The 'voice' is missing intentionally, alluding to relatively high degree of political stability despite the poor socio-economic performance.

Although they all share these key features, I have tentatively divided them into two subgroups. The first group, consisting of Serbia, Bosnia and Herzegovina, Montenegro and Croatia, is `loyalty-exit` group, in which economic and social stability is preserved through relatively large government spending (over 40% of GDP), alongside with the significant influx of remittances and sizeable informal economies. The second group, comprising Albania, Kosovo*, and in most but not all features The Former Yugoslav Republic of Macedonia, is `exit-loyalty` group, in which government spending is very modest (below or around 30% of GDP), and in which the role of informality and remittances is even more important in preserving the economic and social stability than the public sector wage premia.

Some or most of exit-loyalty features can be seen, to some degree, in many other countries, including in the wider region (for example in Turkey, Bulgaria, Romania, Greece). But the fact that the Western Balkans as a whole is the laggard of Europe and the region with the worst labour market statistics worldwide and very large levels of emigration and informality, sets it apart and justifies to be studied separately.

What would be the key, obviously heavily stylized and only roughly sketched, features of this wider framework, including those beyond labour market?

The empirical facts seem to support the exit-loyalty framework. Long term growth is sluggish because the private sector is weak, and typically dependent on the state. Growth is fuelled by consumption rather than investment and exports. Large parts of the population have ‘exited’, either abroad or into informal sector and are not integrated fully into economy and society. Labour market is dual (or segmented), with the majority of good jobs concentrated in public sector and in capital cities. Young educated people either emigrate or queue for a job in public sector, while only few of them get into relatively small, underdeveloped modern private sector. Vulnerable employment (a sum of self-employed and unpaid family workers) is widespread, and makes up between 25% and 60% of total employment. Labour taxes are flat, and the overall impact of taxation on inequality might be even negative, since the majority of public revenues comes from indirect taxation, most notably VAT, which is outright regressive.

Spending on social protection can be relatively large, with pensions comprising a lion’s share of total expenditures, but spending on social assistance programmes is invariably small. Expenditures on active labour market programmes as a share of GDP are almost negligible, typically below 0.2%, except in Montenegro, where they reach 0.5%, but are – there and almost elsewhere – tilted toward more skilled unemployed. As a result, levels of income inequality are very high, with Gini coefficients close or around to 0.40, and at-risk of poverty population comprise some 25% or more of total population.

So, if unemployment, inequality and poverty are so high where does the political stability come from? It comes partly from the exit, and partly from the loyalty side. Those who have exited, even internally, rarely raise their voice and tend to abstain from political participation. If they send enough remittances, their family members at home might find their life bearable or even comfortable. Those who work informally in the country, might be too busy surviving to care for the politics, or be grateful to the authorities for letting them work in the shadow or for getting some small perks from the state such as child allowance. And many families depend on a breadwinner with a nice well paid job in public sector. They might feel obliged to vote for the incumbent governments as the guarantors of their current living standard.

But is this `stability` really stable? I do not think so. Exit-loyalty economies tend to be stuck in a low-growth, low-employment trap for prolonged periods of time. They are underdeveloped but already sclerotic. They are prone to external shocks. It is always better if these shocks are positive ones. The processes of European integration and intensified regional cooperation could be seen as such shocks. They are probably the best hope for the gradual dismantling of exit-loyalty political economies, and for the consequent recovery of regional labour markets.

Mihail Arandarenko is Professor of Economics at the Belgrade University`s Faculty of Economics. His research interests comprise labour economics and labour market and social policy. He is author and editor of several books and many scientific and policy papers. Arandarenko has been a consultant for major international organisations throughout the region of South East Europe. He is a country expert for Serbia within the European Employment Policy Observatory.

Winner of the Round 1, Voice of the Region Competition 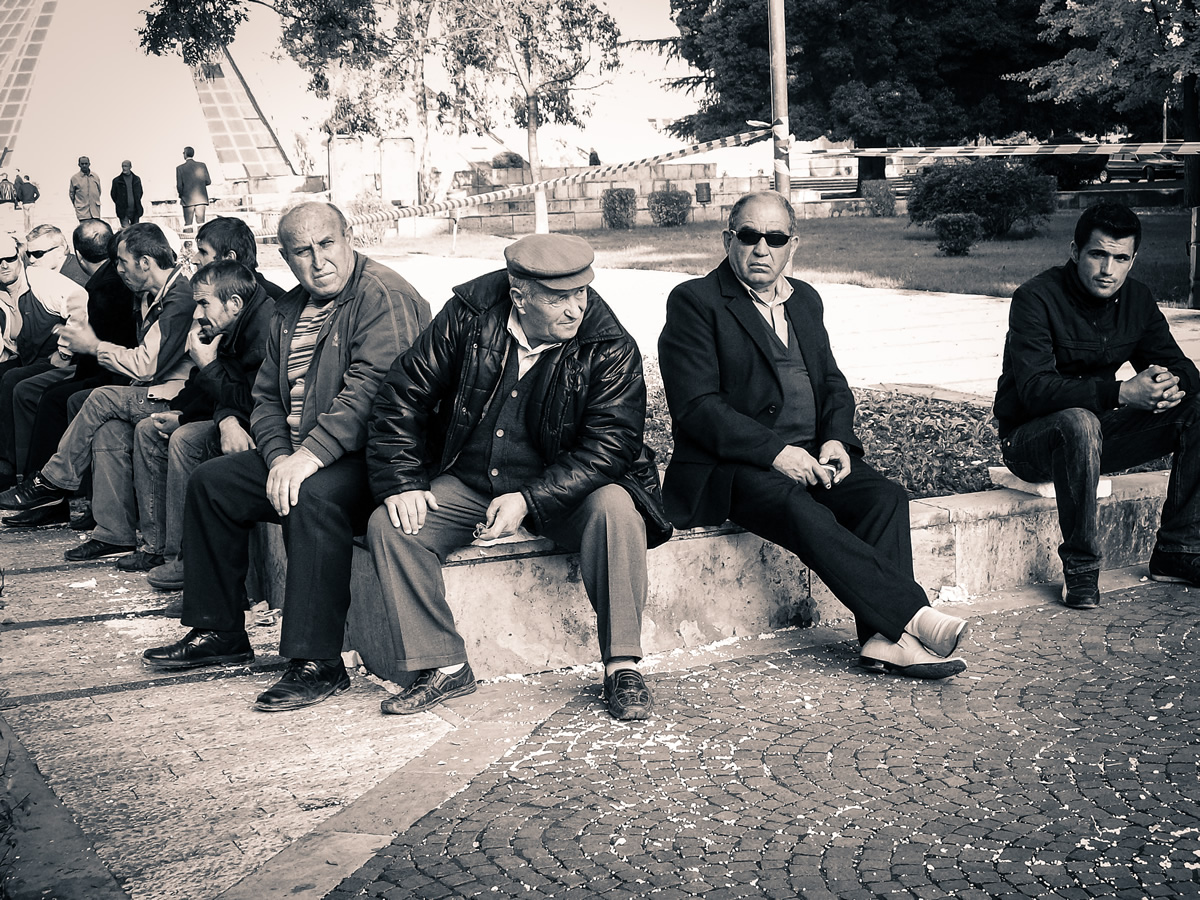