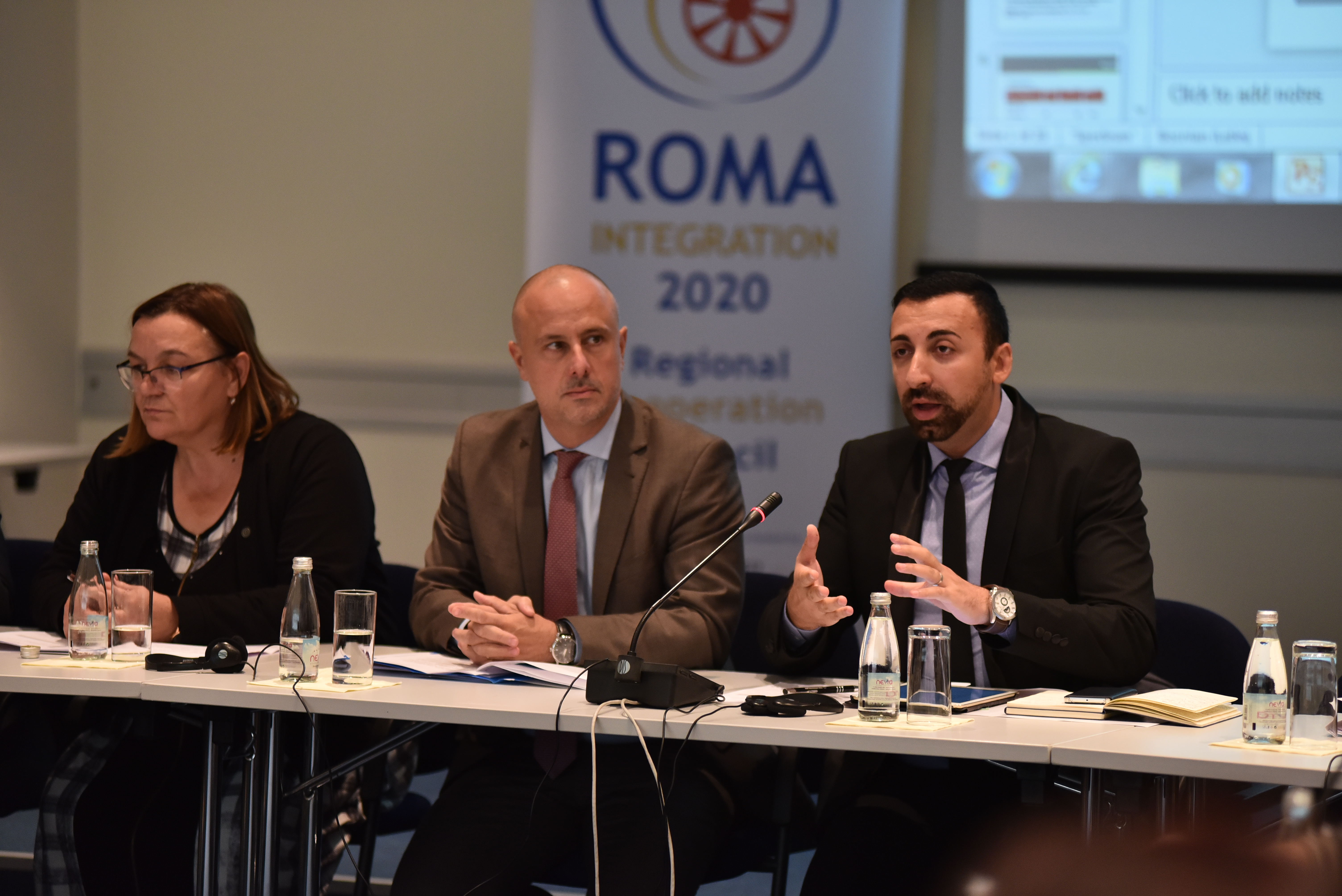 The National Platform on Roma issues in Bosnia and Herzegovina was organized by the Regional Cooperation Council’s Roma Integration 2020 Action Team as part of the second cycle of this regular activity within the project, implemented in each of the participating economies. The platform was organized on 25th September 2017 in Sarajevo at the premises of the EU Delegation. Around 40 participants were present, including the representatives of the EU Delegation, relevant institutions from each level of governance, civil society and representatives of the international organizations present in Bosnia and Herzegovina.

The National Platforms organized within the Roma Integration 2020 serves as a prelude to the Roma Seminar organized by the government and the European Commission. These meetings are crucial within the EU integration process for each economy, as they set the operational conclusions for Roma integration within the period of the following two years. The National Platforms are used to review the previous developments, progress and challenges, using the regular annual reporting by the governments according to the regionally agreed monitoring and reporting standards. Relevant stakeholders discuss at these meetings and elaborate non-binding recommendations. These recommendations are used as a starting point for discussion at the Roma Seminars and serve as the basis to formulate the operational conclusions.

The National Platform was opened by Mr Usein, followed by Mr Khaldoun Sinno, Deputy Head of the European Union Delegation to Bosnia and Herzegovina and Ms Saliha DJUDERIJA, Assistant Minister at the Ministry of Human Rights and Refugees and National Roma Contact Point of Bosnia and Herzegovina. Mr Usein welcomed the participants and thanked the partners, highlighting that Bosnia and Herzegovina, although with certain delay, adopted the Action Plan for Roma integration, which represents one of the best examples in the region, and submitted the 2016 progress report prepared according to the regionally agreed standards. He expressed the expectation that the National Platform discussion shall be constructive with a view to make the implementation efficient and result in changes on the ground, and announced the intention to continue the support to Bosnia and Herzegovina, particularly in terms of improving monitoring and budgeting, including donor support. Mr Sinno also welcomed the participants and stressed that non-discrimination and socio-economic integration of minorities were part of the fundamental values of the EU, recalling EU’s motto: equal in diversity. He also welcomed the new developments in Bosnia and Herzegovina advancing the institutional framework for Roma integration and stressed that now it is important to achieve political commitment, implementation on the ground and tangible results on the ground, as according to the progress report Roma remain the most vulnerable group in the country and capacity to follow up on the progress report recommendations needs improvement. Ms Djuderija explained that a revised action plan is adopted and that the implementation is starting. She also explained that the coordinative role of the Ministry of Human Rights and Refugees also entails representing the country and the various institutions involved in Roma integration in the country within all the relevant processes, including the Roma Integration 2020 project and EU integration.

More detailed overview of the discussions with the corresponding recommendations is provided within the policy recommendations paper. The agenda and list of participants of this meeting can be downloaded below.