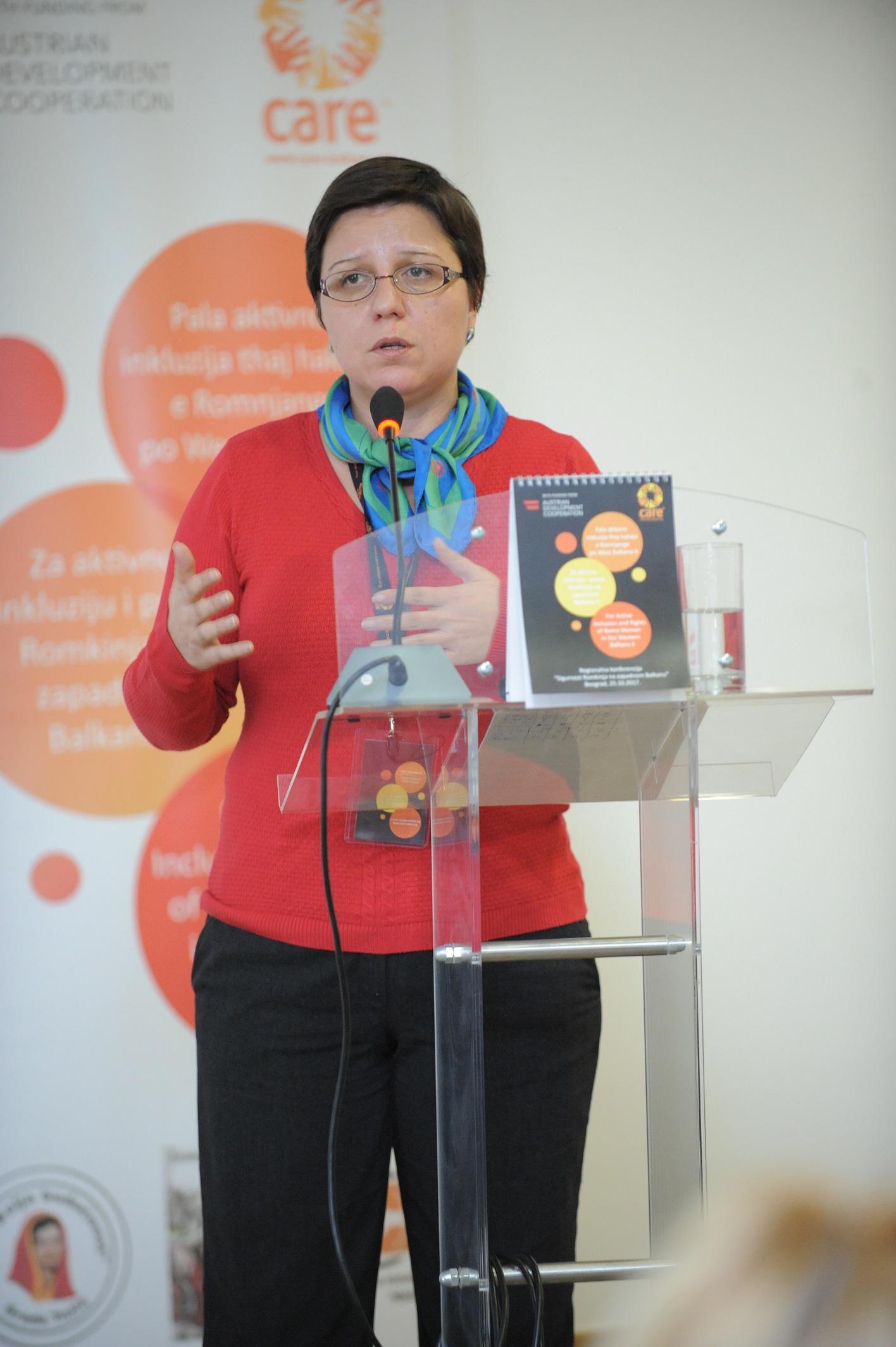 The topic of security of Romani women has been identified as the organizers, through their multi-year engagement in the region, observed that regardless of the adopted legislation and ratification of relevant international treaties, particularly the 1325 Resolution “Women, Peace, Security and Safety”, Romani women remain multiply discriminated in the Western Balkans region. The conference intended to bring together representatives of governmental institutions, civil society and international organizations. The aim of the conference was to ensure adequate policies and programmes ensuring safe life of Romani women in regards to education, reproductive health and sex-based violence, at the same time ensuring access to direct support and help, within the existing Roma integration action plans of Bosnia and Herzegovina, Montenegro and Serbia.

Participants were invited to present the situation in their respective economies on the conference topic, identify the causes for such situation and propose solutions, present good and bad practices and exchange experiences, and jointly draft conclusions and recommendations for improvement of the situation regarding the security of Romani women in the Western Balkans. Another expectations of the conference was to improve the quality of the cooperation among civil society organizations of Romani women and with the relevant government institutions for ensuring better security of Romani women.

The participants of the conference agreed on a number of conclusions and recommendations directed to different stakeholders in the society relevant for the issue of security of Romani women, including:

• To the Roma community, civil society and Romani women activists:

o Intensify the cooperation with the relevant institutions

o Work on increasing the sense of solidarity, particularly among Romani women

o Open intra-community dialogue on a number of negative phenomena seen as traditions, such as early marriages, domestic violence, etc.

• To the responsible institutions in the region:

o Ensure consistent implementation of the adopted strategies and action plans for Roma integration, as well as legislation on gender equality, particularly requirements for participation and representations at various bodies and institutions

o Establish coherent mechanisms for monitoring results and impact of the official Roma integration policies with possibility to disaggregate data by ethnicity, sex and age

o If specific policies targeting Romani women (as part of the Roma integration policies or separate) don’t exist, initiate a process for developing such policies

o Prioritize the employment of Romani women in the public sector

• To the European Union (EU) institutions:

o Ensure official follow-up after 2020 of the EU policy on Roma integration, the EU Framework for National Roma Integration Strategies up to 2020, at EU level, strengthening the EU commitment, ensuring better mainstreaming of Romani women and increasing the role of the enlargement region

o Recognize the phenomenon of Anti-Gypsyism at EU level and ensure proper legislation to combat this phenomenon at the level of EU and nationally, including within the enlargement region using the EU integration process

The Roma Integration 2020 Action Team is considering the proposal for organizing a regional conference on the rights of Romani women and children within the official Roma integration policies across the region.