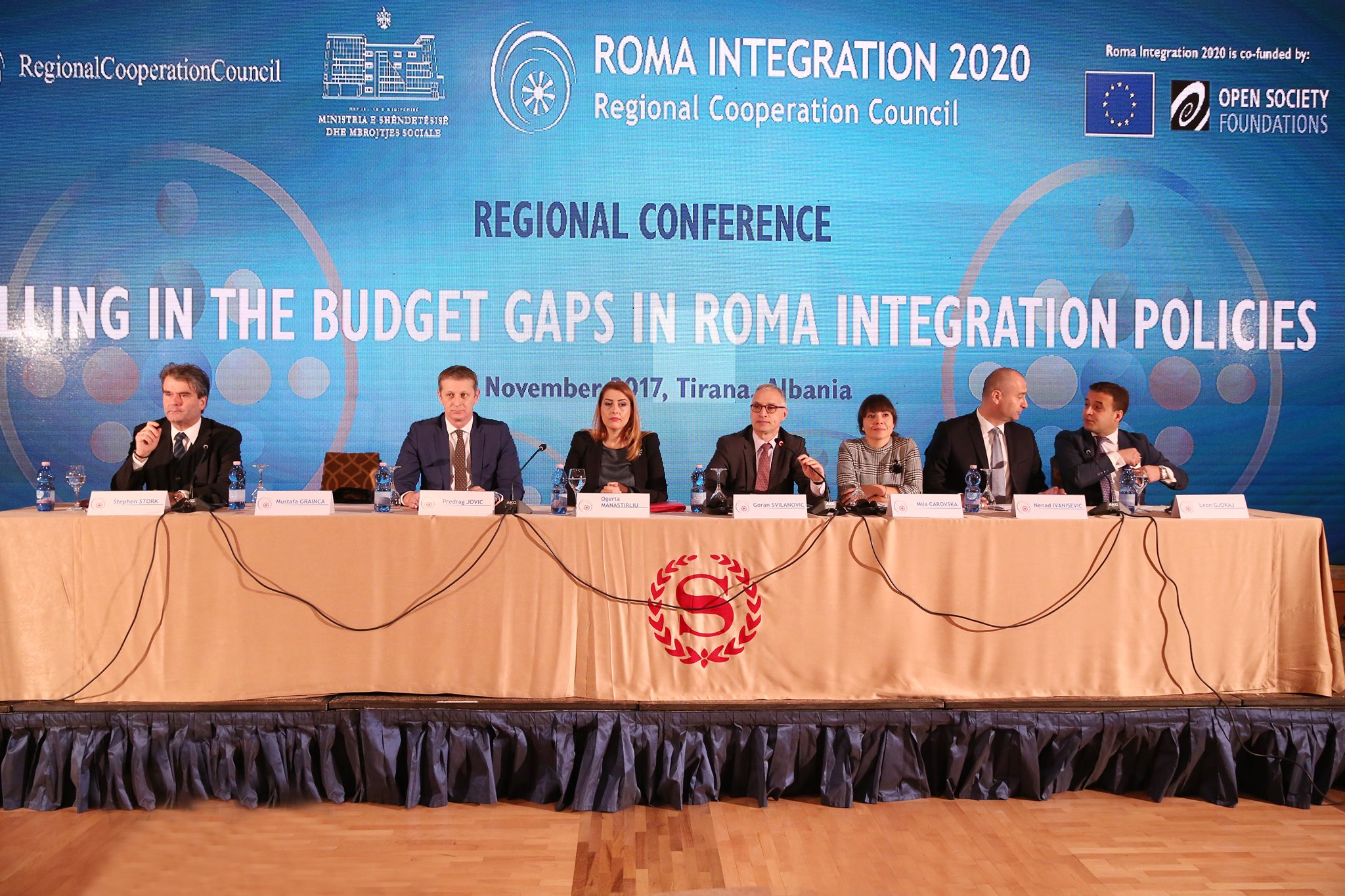 The Regional Conference on Filling in the Budget Gaps in Roma Integration Policies, organized by the Cooperation Council (RCC)’s Roma Integration 2020 (RI2020) Action Team, in close cooperation with the Ministry of Health and Social Protection of Albania, has started in Tirana today.

“The region needs coordinated and cooperative investments to cut down its social expenses. This is especially important as 30 to 50% of the approved Roma Action Plans throughout the region rely on external donor funds.  Kicking off a process of much better donor coordination and making sure money is spent effectively to produce tangible change on the ground is of extreme importance,” said RCC Secretary General, Goran Svilanovic, at the opening.

Svilanovic reminded that the latest RCC’s Balkan Barometer (BB) survey showed that the region’s citizens see employment and economic situation as their primary concerns. “In line with this, combating prejudices and discrimination against the Roma community requires strong commitment and deep understanding of the roots. According to BB 16% of SEE business leaders would not hire a Roma regardless of the job qualifications, while another 19% are unsure either way. In addition, almost 55 per cent of the employers think that employing Roma would have negative influence on selling goods and services and on the working atmosphere in the company. Such views and attitudes among the employers need to be challenged,” he added.

This, combined with the 2016 monitoring reports submitted by the governments participating in the RCC’s Roma Integration 2020 project, which point out that further support is needed in the areas of employment and housing for Roma, has resulted in focusing today’s event on these two key areas.

Albanian Minister of Health and Social Protection, Ogerta Manastirliu, stressed that it was high time to integrate Roma and Egyptians fully in the society, which was the goal of her Ministry. She added that there was a national action plan in that regard, including concrete actions in service of integration especially focused on housing and employment, highlighting that 55% of these measures are being financed from the budget and 45% from the donors.

“It is very important for us to have coordination in implementation of our policies when it comes to integration of minorities, especially cooperation with civil society organisations, which is crucial. We intend to become a role model in regional cooperation in this domain.”

Representatives of the regional governments and donors are expected to identify and match adequate funding opportunities either on bilateral or regional basis for measures and programs that cannot be fully funded from national budgets.

Mila Carovska, Minister of Labour and Social Policy of The Former Yugoslav Republic of Macedonia underlined that inclusion represents an added value for their society and there was a room for improvement in the budget planning towards that goal.

“We are facing great challenges when attempting to link our priorities with practice. Housing is the biggest issue in our economy and the budget for these purposes should be doubled. In 2018 the Ministry will work with the World Bank on reform of social protection system to make better allocation of funds aiming to decrease poverty, not only for the minorities but for all other citizens in our economy facing this problem.”

The Conference brought together national governments from the Western Balkans and Turkey, active donor organizations in the region, financial institutions, and regional initiatives. The Conference speakers also included Nenad Ivanisevic, State Secretary at the Cabinet of the Serbian Vice Prime Minister; Predrag Jovic, Deputy Minister of Human Rights and Refugees of Bosnia and Herzegovina; and Stephen Stork, Head of Operation I – Justice, Home Affairs and Public Administration Reform at the EU Delegation to Albania.

The RCC offers a platform for gathering of donors and beneficiaries to deliberate on issues that cannot be discussed at national level – www.rcc.int/seedad. The RCC has established a donor coordination mechanism, which represents a continuous process throughout the year and finalises with the implementation of the annual donor coordination meeting, usually held in first quarter of each year. The next one is envisioned to take place in Sarajevo at the end of February/beginning of March 2018.

Analysis of the priorities and budgets

REPORT: Reflection of the Discussions and Recommendations from the Conference