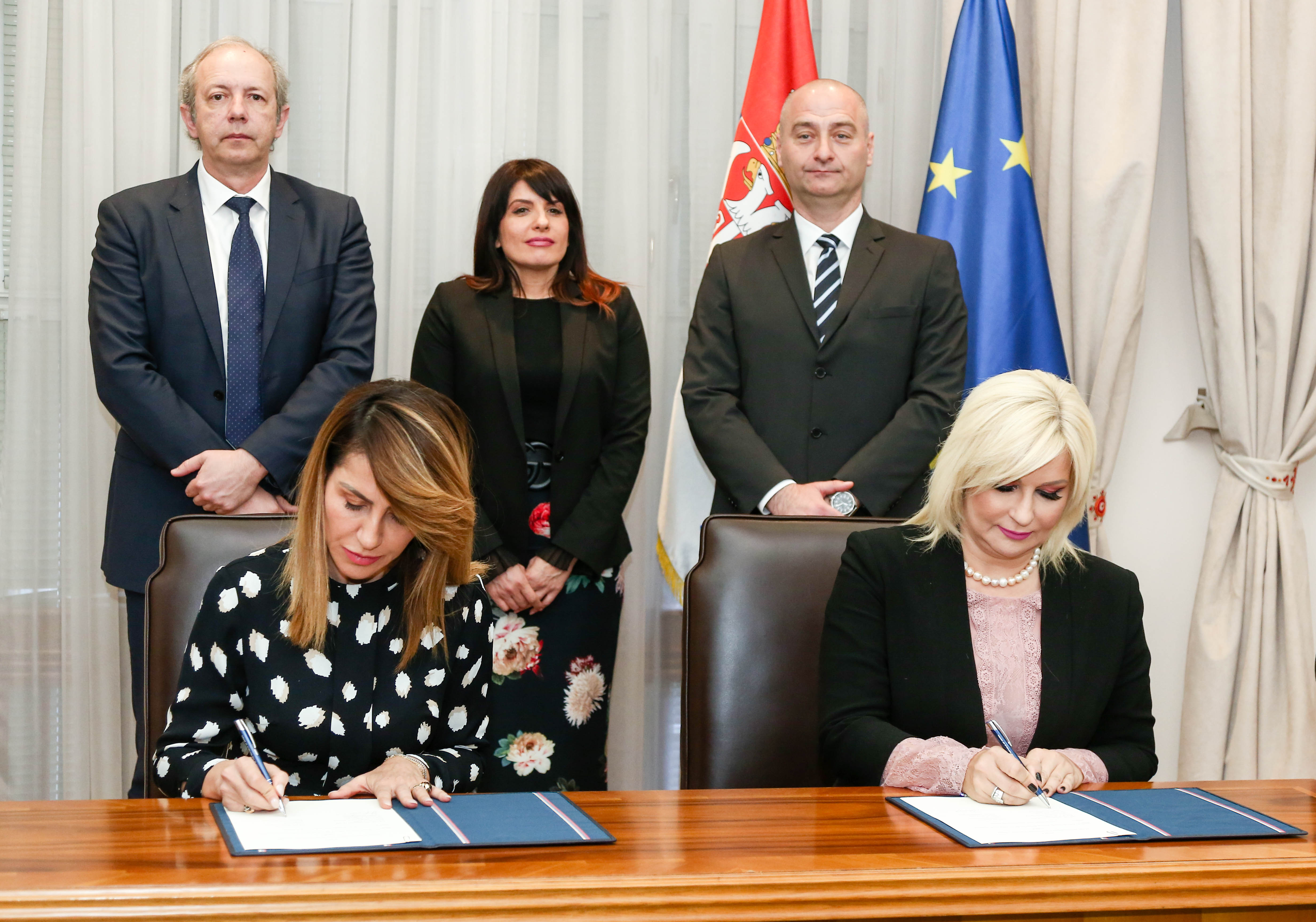 Belgrade – Secretary General of the Regional Cooperation Council (RCC), Majlinda Bregu and Deputy Prime Minister of Serbia and Minister of Construction, Traffic and Infrastructure, Zorana Mihajlović, signed a Memorandum of Understanding in Belgrade today, extending Serbian hospitality to the second phase of the RCC’s Roma Integration 2020 project, which is seated in Belgrade.

Secretary General Bregu expressed appreciation to the Deputy PM Mihajlović for hosting the Roma Integration Team in Serbia and willingness to and the excellent cooperation thus far, but also acknowledged the efforts of the Government in finalizing the new action plan on Roma Integration for the upcoming years and strong support on empowerment of Roma Women, in particular their increased participation in the labour market.

“I’m pleased to announce that our efforts to integrate Roma within the societies of the enlargement region, shall continue from right here in Belgrade, Serbia, which also provides a symbolic connotation, as Serbia has also the largest number of Roma in the enlargement region – 8.2% of its population is Roma. Our Roma Integration project will continue for another three years, working closely with the governments in the region to close the unacceptable socio-economic gaps between Roma and non-Roma, with particular focus on housing and employment”, said Bregu adding that, according to data, around 60% of Roma throughout the region is engaged in undeclared work, while there is quite a potential to ensure that the employment rate among Roma gradually increases by activating reforms which could be beneficial for both the state and the Roma community.

Deputy Prime Minister Mihajlovic reiterated welcome on behalf of the Serbian Government to the RCC's Roma Integration for another three years, valuing their contribution on the joint agenda of integration of Roma population in the society.

Ms Mihajlovic said that it is of utmost importance to do invest the maximum of efforts in inclusion of Roma, not just in Serbia but entire region as well, adding that she will do her best to make the Roma integration process faster.

Roma Integration project, together with its partner governments in the EU enlargement region, is developing Roma Declaration, which represents a joint commitment of the region to step up efforts on fostering Roma integration, through set of ambitious and realistic goals, whose impact should be felt by the Roma citizens by the time each economy joins the EU. The Declaration is expected to be signed by the region’s PMs at the upcoming Poznan Summit in the framework of the Berlin Process.

The Roma Integration 2020 project, implemented by the RCC, with the financial support of the European Union (EU) and the Open Society Foundations (OSF), aims to contribute to reducing the socio-economic gap between the Roma and non-Roma population in the Western Balkans and Turkey and to strengthen the institutional obligations of governments to incorporate and deliver specific Roma integration goals in mainstream policy developments. The first cycle of the project started in 2016, and its second 3-year phase started at the beginning of 2019.