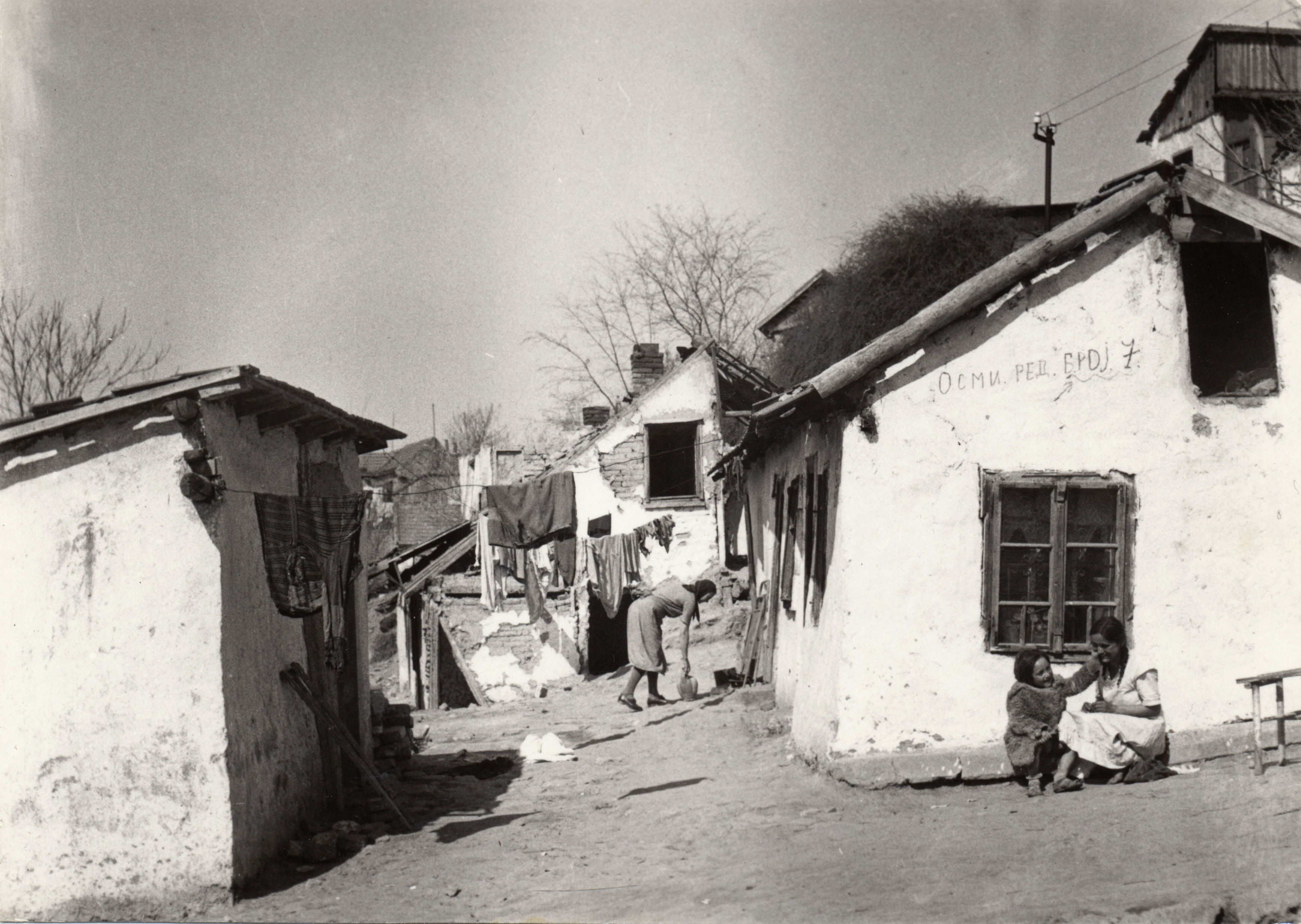 This story is a part of publication “Do You know Who I Am?”. We publish this testimony to commemorate 2 August – Roma Holocaust Memorial Day with gratefulness to historian Milovan Pisarri.

Jatagan mala was a predominantly poor quarter of Belgrade. Poverty in the capital was so widespread that, according to some estimates, 80% of the population of Belgrade was poor. Many of them were farmers who had moved there immediately after World War I, hoping for a better life than they had in their villages, devastated during the three-year occupation. Among them were many Roma from Bukovik, Ub, Obrenovac or Garas.

Julka Radosavljevic lived in Jatagan mala. She was 35 years old. She was employed. Her house was in the eighth row at number 7. There are very few photos and documents preserved from this period. Her nephews Mladen and Milan were taken away from this house in late October 1941. Julka gave a statement about this in 1945 before the War Crimes Commission

“At about 4 o’clock in the morning on 28 October 1941, four gendarmes came to my flat, I do not know whether they were members of the Nedic, or Ljotic units or from the neighbourhood and they took my nephews: Mladen Mirkovic, 22 years old, born in Sremcica, Orthodox, Gypsy*, single; and Milan Mirkovic, 13 years old, born in Sremcica, the Umka district, Orthodox, Gypsy, single, worker. The gendarmes behaved arrogantly as they were taking them away and told Mladen: “Hurry up and say goodbye to your family, you will never see them again” (...).

Mladen, Milan and several hundred other men were forcibly taken to the local gendarmerie station. On that occasion, some were told they would be released soon, and others that they were taking them for logging. However, around 10 AM, they were already transferred to the Topovske supe camp. Three days later they were taken out to be shot.

Julka’s neighbour, Cveta Stefanovc, witnessed the arrest. On that occasion, the gendarmes took her son Marinko (28) and son-in-law Dragutin Ibisevic (30), and, a month later, her daughter Mileva (30) and grandson Desanka (4). The Ibisevic family then disappeared without a trace. Cveta, as well as Julka, made a statement about this before the War Crimes Commission.

... “Nedic’s soldiers came to our home and took my daughter Mileva Ibisevic, 30 years old, married, born in Mladenovac Orthodox, Gypsy, a housewife, and her daughter and my granddaughter Desanka, 4 years old, a child, to Sajmiste. I know nothing of their fate to this day, I just heard from those who were at the Sajmiste concentration camp at that time that they were tortured and beaten.”

The Topovske Supe camp for Jews and Roma operated close to the very centre of Belgrade between August and November 1941. The buildings in which the prisoners were kept were an integral part of the Kingdom of Yugoslavia’s extensive army barracks called "Kraljevic Andrej" (Prince Andrei). Its first prisoners were Jewish men from Banat who had been banished from that region to Belgrade with their families by the local Germans (the Volksdeutsche); after them, all Jewish men from Belgrade, and, in the end, Roma men, also from Belgrade were interned there. All of them, with rare exceptions, were killed in mass shootings in the autumn of 1941, mainly at the site of Jabuka near Pancevo. According to the available estimates, about 5,000 Jews and 1,500 Roma passed through it. Unfortunately, very little is known today about the Topovske Supe camp.

*Term “Gipsy” is used as it stated in original documents