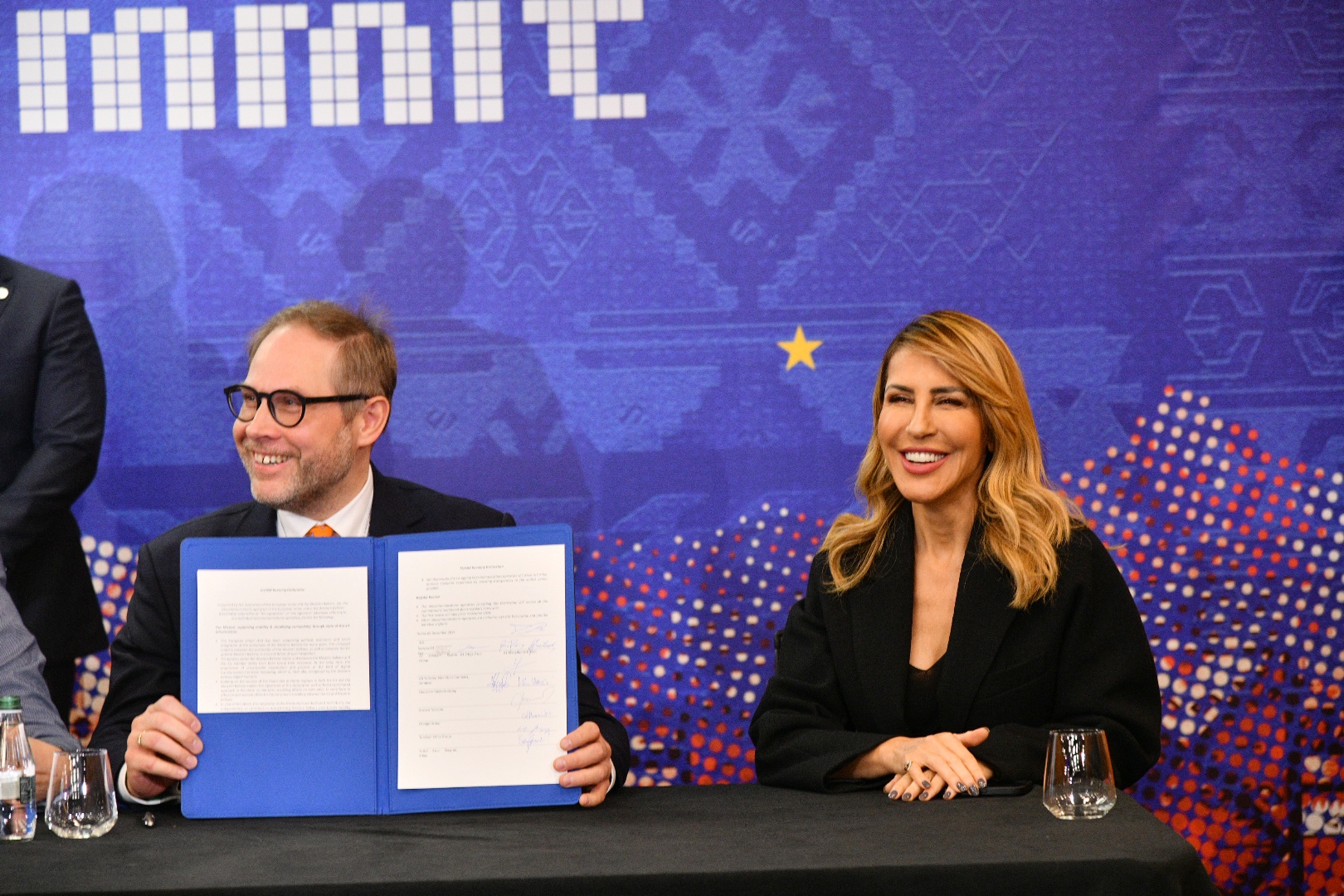 “The first question we were asked after the Roam Like at Home has come to action last July, was when the roaming prices with the EU will be lowered. And that is the first thing we have started working on after that 1 July. So, I’m happy to say that ‘when’ has arrived, the roaming prices between the Western Balkans and the European Union are going down with the leaves next fall. But this is just the start of the process until the final objective of EU-WB roaming prices at the level nearing domestic ones is attained in 2027,” said Secretary General of the Regional Cooperation Council, Majlinda Bregu at a press conference with Albanian Deputy Prime Minister Belinda Balluku, EU Enlargement Commissioner, Oliver Varhelyi, EU and WB telecommunications operators’ representatives, following the signing of the Declaration.