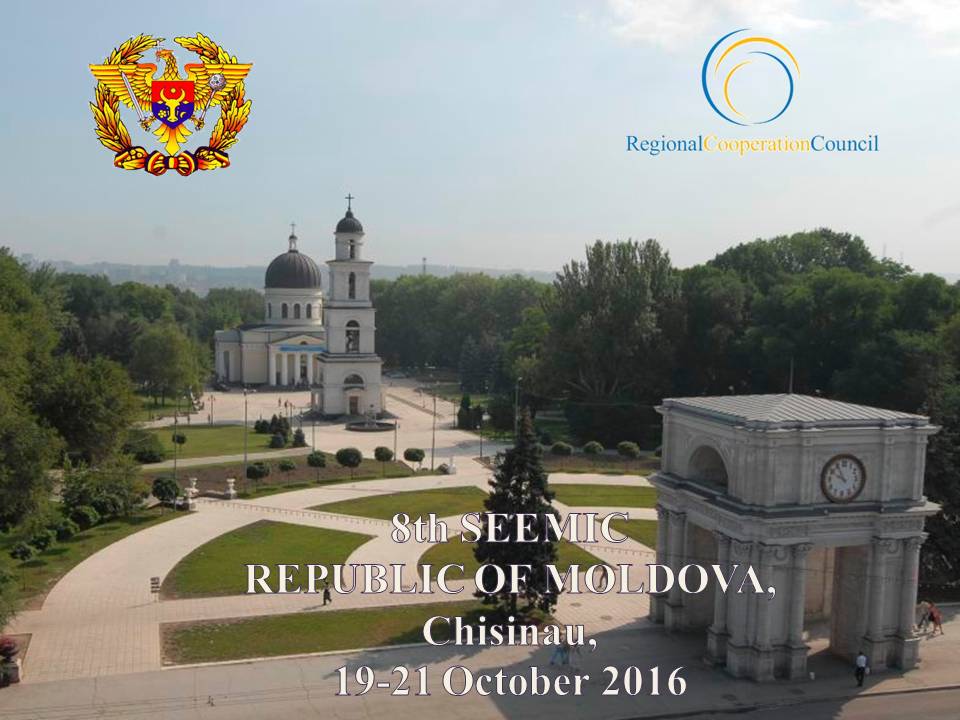 Sarajevo/Chisinau, 20 October 2016 – “The security situation in South East Europe calls for greater responsibility and concerted efforts from all of us in the region”, said Secretary General of the Regional Cooperation Council (RCC) Mr. Goran Svilanović at the opening of the 8th South East Europe Military Intelligence Chiefs (SEEMIC) forum in Chisinau, Moldova today. The event is being co-organised by the RCC and the Moldovan Ministry of Defence.

“Our region is facing many domestic challenges but also those that originated in other parts of the world. Therefore, when it comes to regional security cooperation, we should be pragmatic, effective, and results-oriented. The existing regional cooperation initiatives have a key role in this regard,” added Svilanović.

“Military intelligence professionals are best placed to find ways for overcoming unconventional security threats, including those created by massive migration,” State Secretary of Defence of the Republic of Moldova, Mr. Aurel Fondos said.

In addition to other professional cooperation topics, migration crisis, and roots and incentives to radicalization and violent extremism leading to terrorism in the Southeast Europe (SEE) were main themes discussed at the meeting.

Regional initiative SEEMIC represents the assembly of South East Europe Military Intelligence Chiefs led and co-chaired by the RCC with an annual host rotation, Moldova being the 2016’s host. Next year the SEEMIC chair/host will be Montenegro.