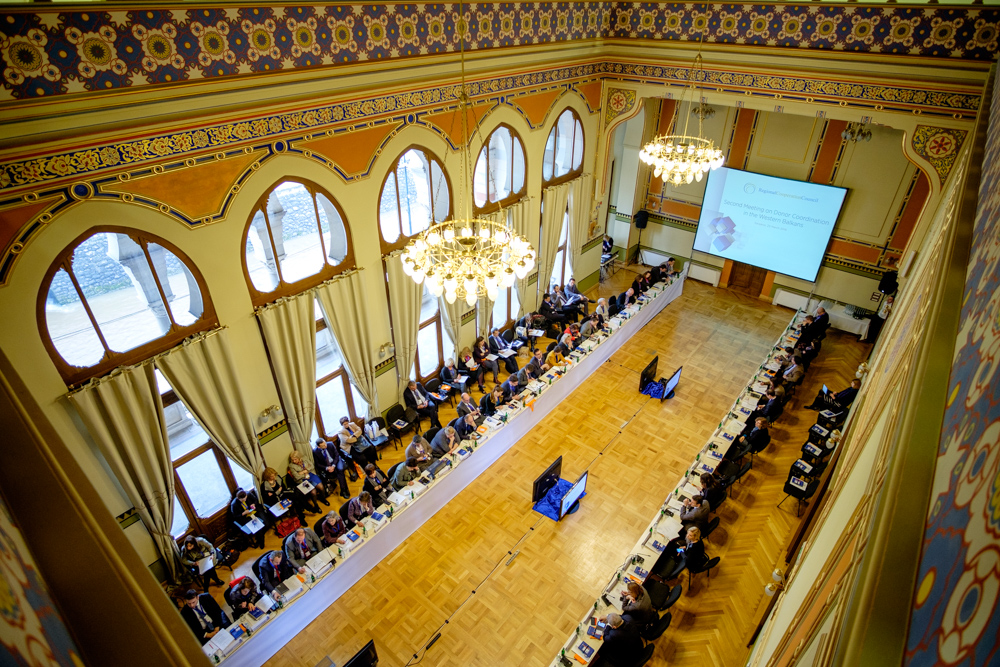 Sarajevo - The Third Meeting on Donor Coordination in the Western Balkans, organized by the Regional Cooperation Council (RCC), is to take place in Sarajevo tomorrow.

The meeting will discuss the needs and priorities of the region, providing an overview of the ongoing trends, requirements and achievements in areas of sustainable economic development, public administration reform, rule of law and freedom of expression, as well as current security challenges. The meeting will also take stock of the recently launched RCC’s South East Europe Donor Assistance Database (SEEDAD). Being one of the donor coordination activities, SEDAD is an online platform for both donors and aid recipients, in a form of a data base aimed of streamlining future interventions.

The opening remarks at the meeting will be delivered by the RCC Secretary General, Goran SVILANOVIC, and Genoveva RUIZ CALAVERA, Director for Western Balkans at European Commission’s DG NEAR.

The panel on economic development will be moderated by Aleksandar Andrija PEJOVIĆ, Montenegrin Minister of European Affairs, with Arban ABRASHI, Kosovo* Minister of Labour and Social Welfare, Milena HARITO, Albanian Minister for Innovation and Public Administration, and Matteo RIVELLINI, Head of European Investment Bank‘s Division on Lending Operations in Slovenia, Croatia and Western Balkans as panellists.

The panel on Rule of Law and Security: Achievements and Demands, will be moderated by the Sanja DIMITRIEVSKA, State Secretary of the Ministry of Interior of The Former Yugoslav Republic of Macedonia, with Ratka SEKULOVIC, Director of Regional School for Public Administration; Gazmend TURDIU, Deputy RCC Secretary General; Monika TORTSCHANOFF, Programme Manager Western Balkans/Danube Region at the Austrian Development Agency; Hedvig MORVAI, Executive Director of the European Fund for the Balkans;  and Mario JANEČEK, Counter-Terrorism Coordinator at the Ministry of Security of Bosnia and Hercegovina, as panellists.

The donor coordination conference is an annual event, introduced by the Regional Cooperation Council in 2015. It helps in better aligning the regional governments’ development priorities and donors’ sectoral priorities with the priorities set out in the SEE 2020 Strategy. It enables the region to benefit the most from the available funding.