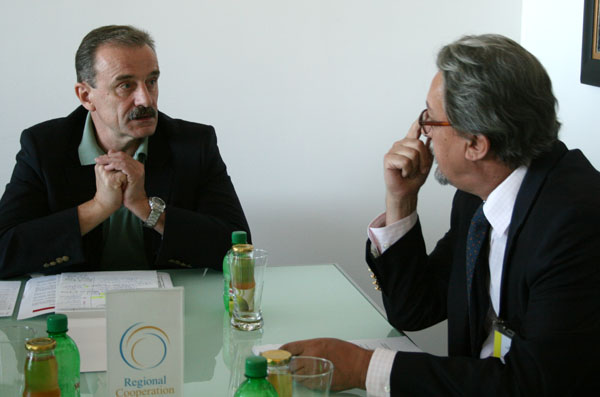 The Secretary General of the Regional Cooperation Council (RCC), Hido Biscevic, held today in Sarajevo consultations with Montenegrin Deputy Minister of Foreign Affairs, Nebojsa Kaludjerovic, representing the rotating Chairmanship-in-Office of the South-East European Cooperation Process (SEECP) taken over by Montenegro at the SEECP Summit in Istanbul in June 2010.

The meeting focused on preparation of the Montenegrin SEECP Chairmanship-in-Office Work Programme with the aim of its full compliance and alignment with the Strategy and Work Programme of the Regional Cooperation Council for 2011 – 2013.

In this context, interlocutors stressed the importance of close cooperation in achieving full synergy between SEECP as the political umbrella and RCC as its operational arm.