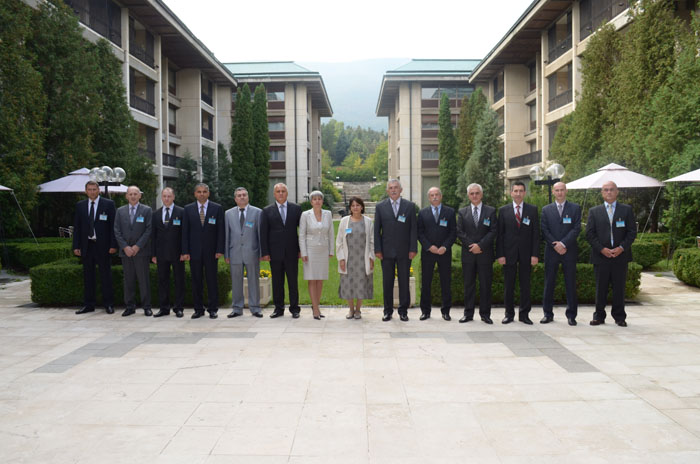 This year the forum was co-chaired by the Regional Cooperation Council (RCC) and the Defence Information Service of Bulgaria. It was attended by South East European military intelligence chiefs or their deputies, representing ten countries from South East Europe in the SEEMIC format, with the support of the Regional Cooperation Council and representatives of the EU Military Staff Intelligence Division.

During the conference, the Turkish military intelligence officially joined the SEEMIC forum.

"Cooperation in the field of intelligence, be it simply bilateral, is always difficult and accompanied by a number of limitations. This is why the SEEMIC conference is a remarkable achievement on the way to building a better world for the future generations."

The delegates were addressed by Vesselin Ivanov, Director of the Bulgarian Defence Information Service, Jelica Minic, Deputy RCC Secretary General, and representatives of the EU Military Staff Intelligence Division. A welcoming address was delivered to the conference delegates on behalf of Phillip Ritcheson, Head of the Intelligence Division of NATO's International Military Staff.

Deputy RCC Secretary General Minic emphasized that the SEEMIC forum is one of the most important and successful regional initiatives in South East Europe and that the RCC deeply appreciated the full support and involvement of relevant NATO and EU structures.

For the first time, a joint analytical paper on contemporary challenges and threats in the region was drafted. The participants also approved basic terms of reference for the organization and competences of the SEEMIC conference.

In his closing remarks, Director Ivanov said that concerted efforts of the services in the region are an effective mechanism of addressing security problems in South East Europe. He thanked the delegates for their active and constructive participation and wished them all every success in their responsible work.

The 5th SEEMIC conference will be hosted by Croatia in September 2013.