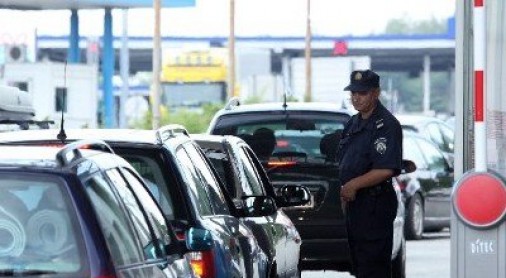 In the area of Justice and Home Affairs, regional organisations have created effective operational and cooperative mechanisms in fighting trans-border organized crime, common policies and proceedings on police and law enforcement cooperation as well as joint frameworks for implementation of projects on anticorruption and combating illegal migration or improvement of cooperation in legal reforms. Besides their important role in creating strategic documents in this area, some of them are expected to contribute to the development and implementation of the SEE 2020 Vision under governance for growth pillar.

MARRI is an intergovernmental organisation established in 2004 by the Ministers of Foreign Affairs from six Western Balkans countries (Albania, Bosnia and Herzegovina, Croatia, The Former Yugoslav Republic of Macedonia, Montenegro and Serbia). They have their representatives in MARRI Centre, which acts as a hub for consultations, dialogue, training, capacity building, information exchange and other regional activities. It is financed by members’ contributions and donors.

The focus of the organisation is migration management, integrated approach to illegal and legal migration, asylum, border management, visa policies and consular cooperation as well as refugee return. Relations with the RCC are based on 2009 MoU, entrusting RCC to provide political support, facilitate project design and ensure regional coordination with other initiatives. Several actions have been co-organised by MARRI and RCC, such as the annual Meetings of the Heads of Consular Sections from SEECP countries that started in 2009.

RAI is an intergovernmental organisation established in 2000 by Ministers of Justice and it currently counts nine members (Albania, Bosnia and Herzegovina, Bulgaria, Croatia, The Former Yugoslav Republic of Macedonia, Moldova, Montenegro, Romania and Serbia and one observer – UNMIK).

Its activities are financed by its members and the US State Department through RCC Secretariat. RAI serves as a regional platform through which governments; civil society organisations, aid agencies and international organisations combine their efforts to curb corruption in SEE. RCC provides political support to RAI, as well as acting as facilitator of project implementation, advisor and regional coordinator. A MoU between the two parties was signed in 2009 and a Survey on Justice System Integrity, financed by US State Department, is conducted by RCC, RAI and TI Romania.

Through the RCC Secretariat, RAI entered in a strategic partnership with UNODC. In particular, RAI plays an advisory role as an associate in the framework of two EU-funded projects implemented by UNODC: Development of monitoring instruments for judicial and law enforcement institutions in the Western Balkans and Assessment of corruption and crime in the Western Balkans.

With the assistance of the RCC, within its framework, RAI established Integrity Expert Network (IEN) as a pro-active forum to upgrade and enhance integrity policies and practices, and capabilities of its members.

SELEC is a law enforcement organisation bringing together police and customs authorities from 13 countries - Albania, Bosnia and Herzegovina, The Former Yugoslav Republic of Macedonia, Croatia, Montenegro, Serbia, Bulgaria, Greece, Hungary, Romania, Slovenia, Turkey and Moldova. It is an intergovernmental organisation established under the Agreement and Charter signed in 1999 (SECI). It is financed by members and USA grants. In December 2009 in Bucharest, the Convention on Southeast European Law Enforcement Centre was signed and SECI officially became SELEC after ratification of the Convention by the parliaments of 9 of its members on 7th of October 2011.

The objective of SELEC is to provide support for Member States and enhance coordination in preventing and combating crime, including serious and organized crime, where such crime involves or appears to involve an element of trans-border activity.

It is financed mainly by the USA through SELEC. SEEPAG serves as a regional operational network that facilitates prosecutors’ cooperation and mutual legal assistance. RCC Secretariat supports the increase of SEEPAG competences, as a network of prosecutors able to provide real operational support, legal assistance, advice and guidance to SELEC liaisons officers in the investigation of trans-border organised crime. Greater coordination has been achieved between SEEPAG and the Prosecutors’ Network of the Western Balkans through the IPA 2010 project Fight against organized crime and corruption: Strengthening the Prosecutors’ Network.

SEPCA is an organisation of police directors, established in 2002, functioning on the Statute signed in 2007 by 10 police services from 9 states (Albania, Bosnia and Herzegovina - Federation of Bosnia and Herzegovina, Bosnia and Herzegovina - Republika Srpska, Bulgaria, Croatia, The Former Yugoslav Republic of Macedonia, Moldova, Montenegro, Romania and Serbia). Its budget is composed of members’ contributions and donations. SEPCA’s main objective is to build public security through cooperation of police services, together with citizens and its partner organisations. The Association promotes police transformation into an effective and democratic police service for the benefit of the entire population. Based on the MoU concluded in 2009, RCC coordinates SEPCA’s cooperation with other regional initiatives, organises common activities (such as the Bled Conference on Stolen Vehicles) and promotes SEPCA as a driving force in the field of police reforms.

In the framework of SEPCA Women Police Officer Network (WPON) has been established with the facilitation of the RCC and significant help of OSCE and SEESAC. WPON is an independent network of female police officers from 10 police services in 9 states (Albania, Bosnia and Herzegovina - Federation of Bosnia and Herzegovina, Bosnia and Herzegovina - Republika Srpska, Bulgaria, Croatia, The Former Yugoslav Republic of Macedonia, Moldova, Montenegro, Romania and Serbia). In the initial period (2010-2012) the WPON was financially supported by the Ministry of Foreign Affairs of Norway, the United Nations Development Programme (UNDP) and the Swiss Agency for Development and Cooperation (SDC).

The main mission of the WPON is to provide a platform for the exchange of experience and knowledge across police services in the region on the status, needs and priorities of police women in South East Europe. It also facilitate the advancement of the position of women in police, gender sensitive policing practices and advocate for the implementation of gender equality and democratic principles in policing within SEPCA police services. Members of the WPON are from SEPCA police services with the exception of Romania.

The PCC-SEE Secretariat is organizing and monitoring implementation of the treaty-based procedural mechanism on police cooperation in South East Europe adopted by eight countries (Albania, Bosnia and Herzegovina, Bulgaria, The Former Yugoslav Republic of Macedonia, Moldova, Montenegro, Romania and Serbia) and, after successful implementation joined by Austria, Hungary and Slovenia. The Secretariat is operational since September 2008, hosted by DCAF Ljubljana, and financed by Austria, Slovenia, Liechtenstein, Switzerland and DCAF. It prepares draft agreements and guidelines as well as lobbying for political decisions. Through its work and presence in regional meetings of ministries of interior, the RCC identified and presented the links between procedural provisions of the Convention, SELEC Centre activities and set-up of International Law Enforcement Units in the framework of the EU-funded ILECUs and DET ILECU’s II projects. The RCC and its partners have been exploring institutional, financial and legal means to confer regional ownership of the Secretariat.

In the framework of the PCC SEE apart from various thematic working groups, two networks have been established – the Surveillance Expert Network for Southeast Europe (SENSEE) and joint Investigative Team – JIT Expert Network.

The Prosecutors’ Network of the Western Balkans is a professional network of public prosecutors from 6 countries (Albania, Bosnia and Herzegovina, Croatia, The Former Yugoslav Republic of Macedonia, Montenegro and Serbia), established in 2005 upon conclusion of the MoU signed by the Chief Prosecutors. The Network was reinforced and its scope widened with an amended MoU signed in 2010. The Network functions on the basis of direct communication between 6 National Contact Points. They also serve as a judicial contact points in the international law enforcement coordination units (ILECUs). The network is supported by the EU and the Council of Europe. It aims at cooperating closely in repressing, investigating and prosecuting perpetrators of organised crime and all other forms of serious crime, criminal groups and criminal associations. A greater coordination between the Prosecutors' Network and SEEPAG will be achieved through the implementation of the EU funded IPA 2010 project “Fight against organized crime and corruption: Strengthening the Prosecutors’ Network”.

The main goal is to institutionalize the necessary and highly demanded regional exchange of legal academic know-how and information in order to improve the academic and administrative performance and to build capacities for fund raising, high legal education and high quality legal publications