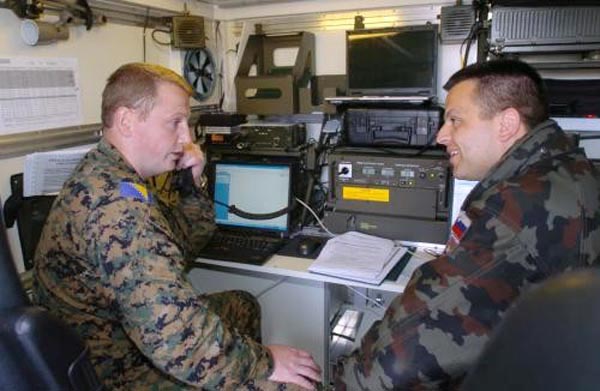 The signatories of the first such statement in the region agreed to establish and develop cooperation in the field of security threats, and join efforts in improving intelligence sharing at the regional level.

Minister Sutanovac highlighted the trend of enhancing interstate relations in the region in all fields and emphasized the significance of multilateral and bilateral security cooperation.

“Serbia is determined to preserve regional peace and stability and solve all problems in a peaceful and democratic way, through cooperation with partner nations and organizations. The Ministry of Defence actively contributes to such initiatives, which further stabilize South East Europe.”

Minister Sutanovac accentuated the conference’s positive contribution to the enhancement of interstate relations among South East European countries. He added that that the establishment of cooperation process among the region’s military intelligence institutions was a result of an enhanced awareness of the importance of regional security integration, and the changed nature of security threats.

Secretary General Biscevic thanked the Ministry of Defence of the Republic of Serbia for the support in organizing the conference and pointed out that the event represented a big step forward in the efforts to further build mutual confidence in South East Europe.

“The cooperation among the military intelligence is a sign of maturity and commitment of the South East European countries to confronting regional security threats through organized and systemic joint efforts. The new RCC Strategy and Work Programme 2011-2013, endorsed by the heads of state and government of the South-East European Cooperation Process (SEECP) in June 2010, prioritizes SEEMIC as a key initiative in security cooperation.”

The event in Belgrade gathered chiefs and representatives of military intelligence services from 12 South East European countries, the RCC and the European Union Military Intelligence Staff. The participants appreciated the conference as Serbia’s contribution to strengthening security and trust in South East Europe, fostering at the same time the process of European integration in the region.

The South East European Military Intelligence Chiefs Conference (SEEMIC) is a forum of high level military intelligence officers from the region that allows for networking, building relationships and strengthening trust as a basis for furthering cooperation in the intelligence area.

The third SEEMIC meeting will be hosted by Bosnia and Herzegovina in 2011.