Towards a Single Information Space 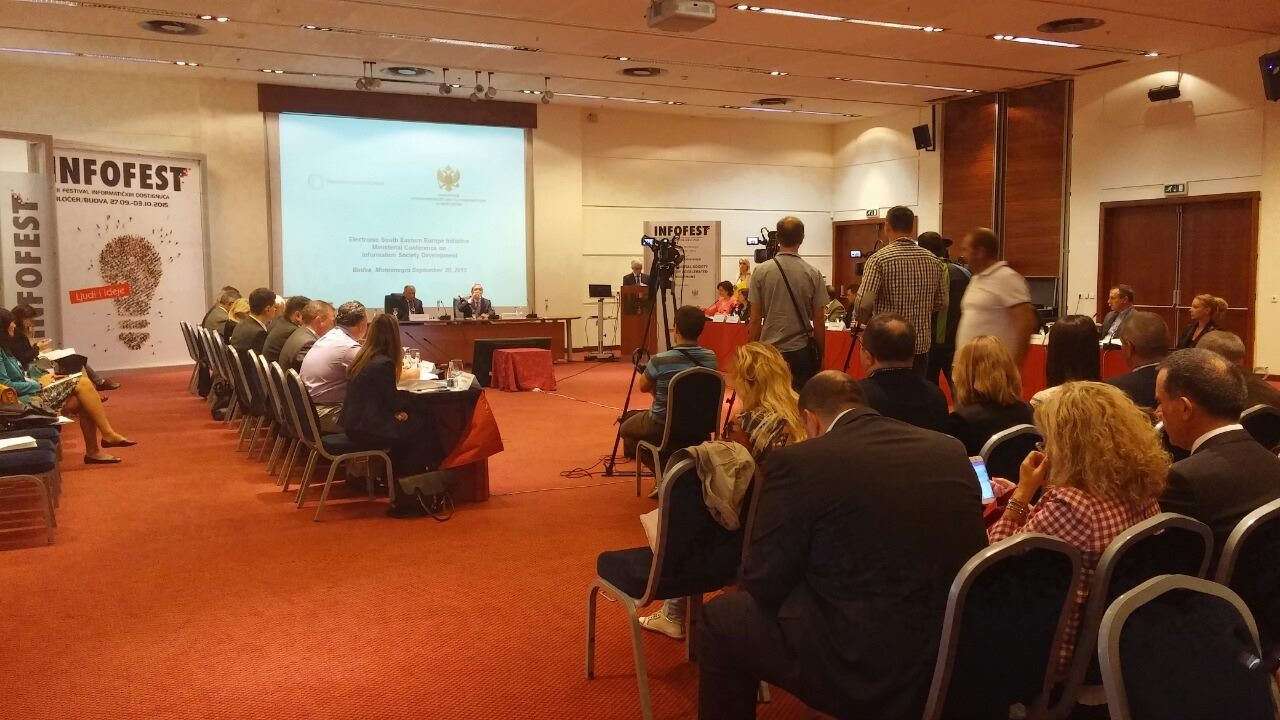 Budva, 30 September 2015 – South-East European Ministers responsible for Information Technologies who gathered at the Budva Conference today expressed their strong common interest in participating in the creation of a single information space.

The cooperation in this area is of crucial importance, as it is a generator of the overall economic growth and business innovation. According to the Declaration that was adopted earlier today, governments, through their policies and effective measures, play the key role in this process, which takes the important part in overcoming the current social and economic challenges and steering the entire region towards knowledge societies.

The development of Information and Communications Technologies (ICT) is also important as it improves the access of the population, especially the poor and marginalized groups, to the public service network.

The Conference titled "Building and Development of a Digital Society" was hosted by the Ministry for Information Society and Telecommunications of Montenegro and the Regional Cooperation Council (RCC).

In his opening speech at the Conference, the Minister for Information Society and Technology of Montenegro, Dr Vujica Lazovic, emphasised that the governments play a special role in the process of building a digital society, as they have to recognize the development and application of Information and Communications Technologies in the areas of economy, health care, education, etc. when adopting their policies and effective measures.

The Head of EU Delegation in Montenegro, Ambassador Mitja Drobnič, stated that the EU provided continuous support to the Initiative for Electronic South East Europe. He recalled that one of the main priorities of the European Commission have been the creation of a single European digital market. Owing to this, we can all expect major changes in the near future, said Ambassador Drobnič.

Mr. Turdiu expressed appreciation  for the given mandate to RCC to expand the regional roaming initiative, as one of the key truly regionally spurred actions, with direct benefits for our citizens, as well as to commission a market analysis and to establish a joint platform to explore the technical aspects of this work.

The Conference participants welcomed the efforts to reduce roaming prices, as well as the mobile operators’ rates, which would facilitate easier and cheaper access to other networks for their subscribers.

The Declaration strongly supports the Regional Cooperation Council in its promoting regional cooperation in the area of digital society and supporting the SEE region on its path towards the EU.