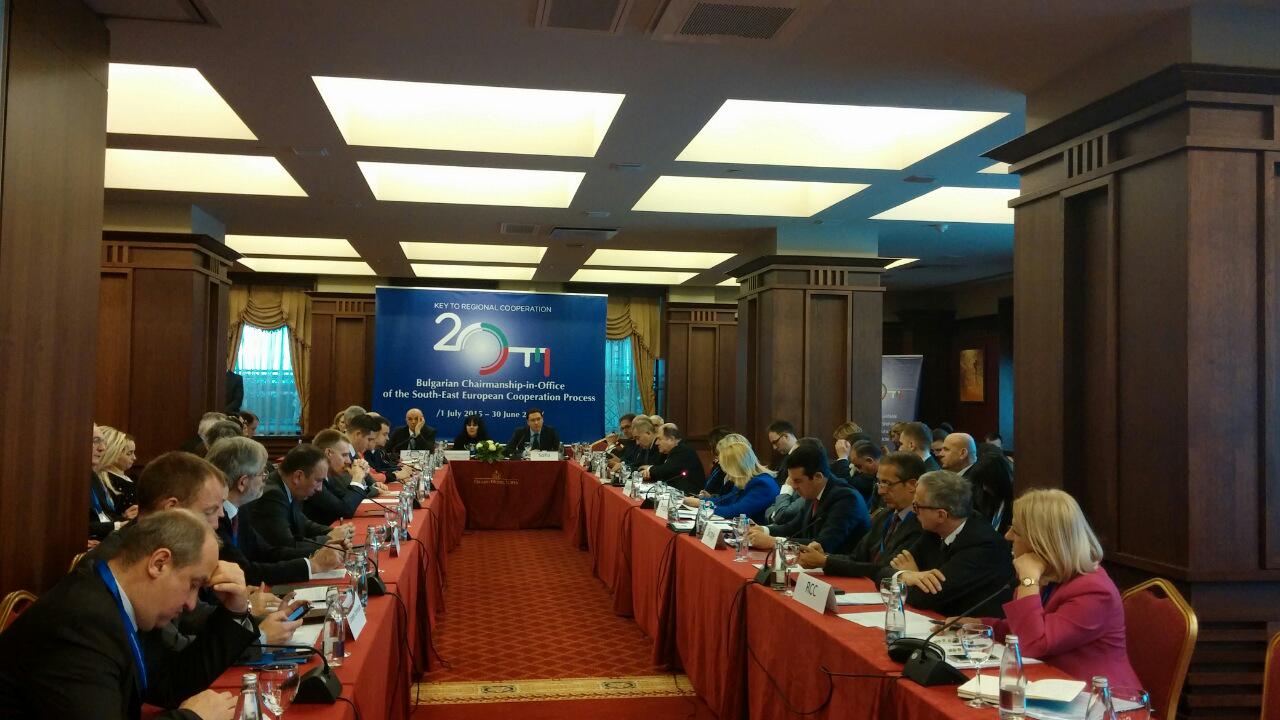 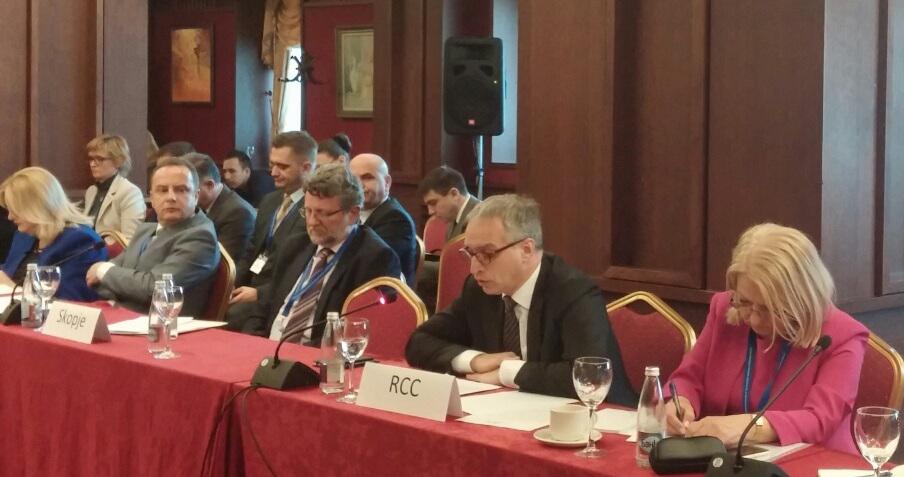 RCC Secretary General, Goran Svilanovic, on migration challenges in SEE at the second Informal Meeting of the Foreign Ministers of the South-East European Cooperation Process (SEECP) in Sofia on 2 February 2016. (Photo: RCC/Dorin Vremis)

Sofia/Sarajevo, 2 February 2016 - “In this year, we will continue to see rising hopes for more progress on the European and Euro-Atlantic integration path of the South East European region”, said the Secretary General of the Regional Cooperation Council (RCC) at this morning’s informal meeting of the Ministers of Foreign Affairs of the South East Europe Cooperation Process (SEECP) held in Sofia.

The main theme of the meeting was migration challenges in SEE and Svilanovic presented RCC’s activities to strengthen regional cooperation in addressing the security challenges in the region. Svilanovic also spoke about the first meeting of the National Focal Points Group on Countering Radicalization and Violent Extremism in SEE, organised by the RCC in Sarajevo last week.

Today’s meeting was opened by the host, Bulgarian Minister of Foreign Affairs and current Chair-in-office of the SEECP, Daniel Mitov who said that “migration flows represent the main socio-economic, political and humanitarian challenge in SEE and will remain a regional priority in the years to come”.

The Ministers gathered in Sofia adopted a Joint Statement on Migration Challenges which emphasises that only a comprehensive cross-border approach seeking to find long-term solution can be successful and stresses the need for continuous enhanced cooperation at international, European, regional, national and local levels. RCC Secretary General welcomed the SEECP Joint Statement and expressed RCC’s commitment to engage and contribute to its implementation.