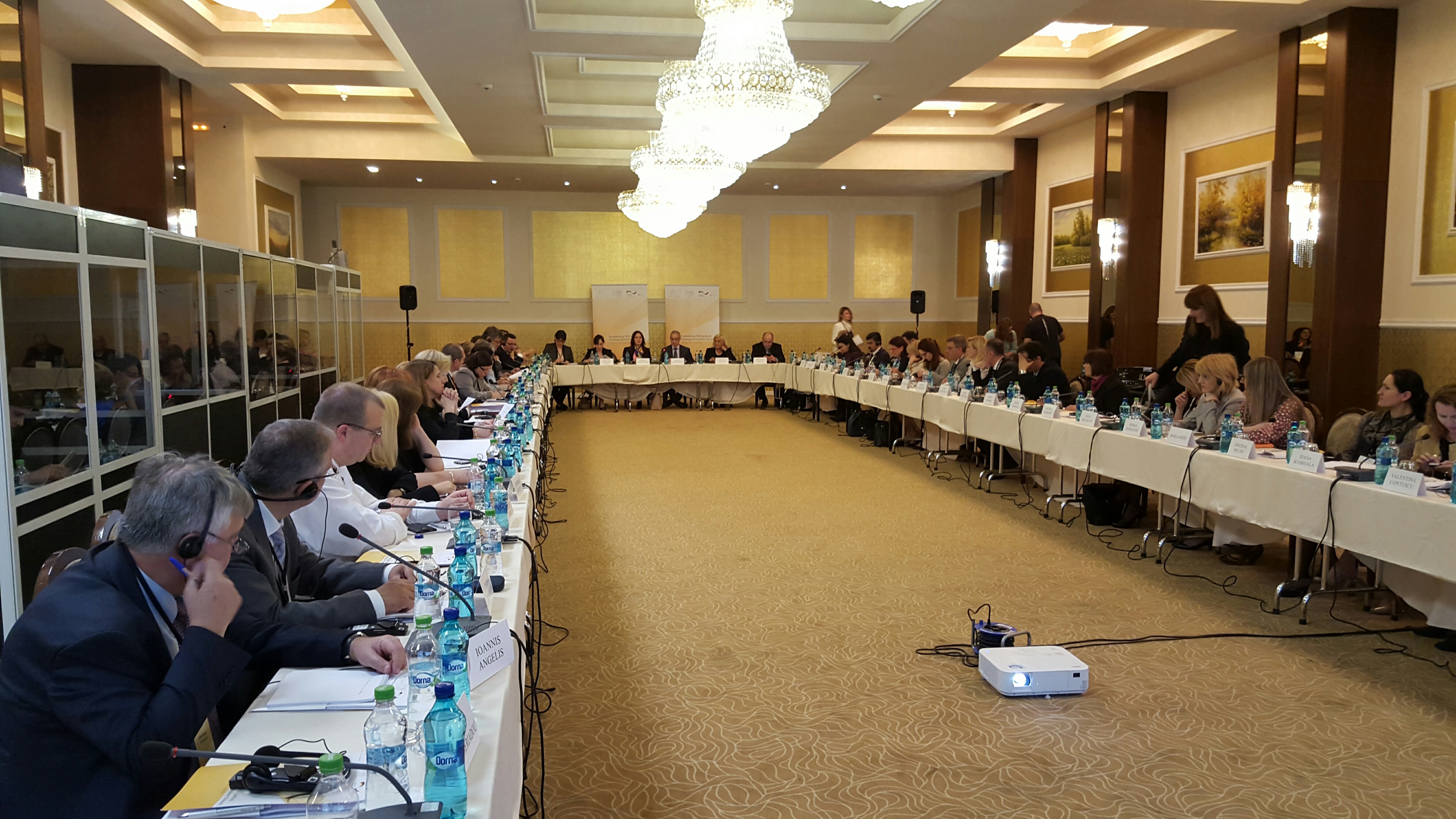 Bucharest – A two day conference started in Bucharest today, establishing for the first time a Network of Judicial Training Institutions in South East Europe (SEE). The general goal of this initiative is to strengthen cooperation in the field of justice in the Western Balkans and the whole SEE region.

The ‘fundamentals first’ approach – meaning the rule of law, economic governance and public administration reform – is percieved as a crucial requirement by the European Commission in the accession process of the Western Balkan EU aspirants. Therefore, the quality of institutions, both governmental and judicial, is seen as a key determining factor for the well-being of these economies and their citizens. Working on these issues, the Regional Cooperation Council (RCC) has identified the areas where regional cooperation in the justice dimension could be beneficial for the accession process.  A platform for an exchange of views on practices and experiences has therefore been a logical next step and today’s meeting was a kick-off event for the Network of Judicial Training Institutions.

Speaking at the opening of the conference, RCC Secretary General, Goran Svilanovic, said that there are areas where regional cooperation is a clear benefit and does not overlap with the national strategies and plans in the area of justice. The RCC has, in cooperation with other stakeholders, identified judicial training and mediation as very important tools to reduce court backlogs and to improve the efficiency of judiciary in areas where regional cooperation is possible and brings an added value to the reform process at the national level.

Svilanovic also cited the worrying findings of the RCC’s Balkan Barometer survey (conducted at the end of the last year) which says that about 78% of SEE citizens tend to disagree or totally disagree with the notion that the judicial system is independent of political influence. Roughly three out of four citizens tend to disagree or totally disagree with the idea that the law is applied and enforced effectively and over four fifths (83%) of SEE citizens do not believe or totally disbelieve that the law is being applied to everyone  equally - and these are the basic definitions of the Rule of Law. “These worrying perceptions”, said Svilanovic”, “call for urgent support to the judiciaries in the region in order to improve their independence, integrity and competency. In the RCC, we believe that by establishing and supporting the network of judicial training institutions and associations of mediators; by coordinating projects and initiatives in justice and home affairs; and by supporting the strengthening of the institutions and competence building in the area of justice, we jointly contribute in the right direction.”

The Bucharest conference and establishing of the Network is a joint endeavour of the RCC and the Deutsche Gesellschaft für Internationale Zusammenarbeit (GIZ) and the National Institute of Magistracy of Romania.

Earlier in the day, Mr. Svilanovic met the Foreign Minister of Romania, Mr. Lazar Comanescu to discuss regional cooperation in SEE, Romania’s support to the EU integration process and its engagement in RCC’s activities. Minister Comanescu expressed his gratitude to the RCC Secretary General for RCC’s pragmatic and far reaching activities in promoting regional cooperation.


Rule of Law and Good Governance