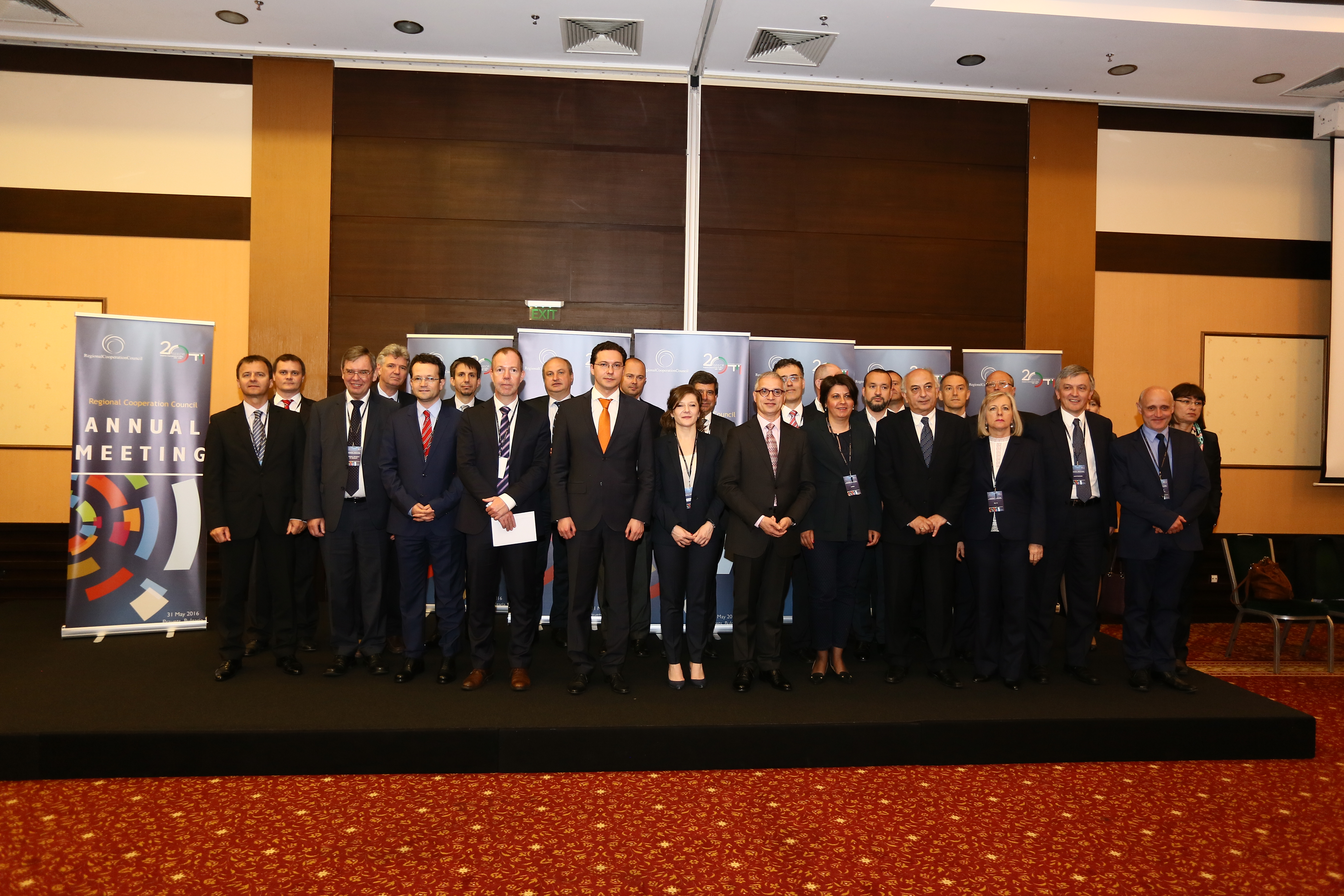 Pravets – The new three-year Strategy and Work Programme (SWP) of the Regional Cooperation Council (RCC) was endorsed at the organisation’s ninth Annual meeting in Pravets (Bulgaria) today. The meeting, co-organized with the Bulgarian Chairmanship-in-Office 2015-2016 of the South-East European Cooperation Process (SEECP) also endorsed the Annual Report of the RCC Secretary General featuring the work of the organization in the past year.

In his introductory remarks, Minister of Foreign Affairs of Bulgaria and the SEECP Chair-in-Office, Daniel Mitov, commended the RCC’s efforts in transforming the understanding of regional cooperation as concrete and target-oriented, underlining the symbolic meaning of the process this year when the 20-th anniversary of SEECP is being marked.

“We remain fully committed to supporting our partners from Western Balkans on their path towards the EU membership, which requires the implementation of serious political and economic reforms”, said Mitov reiterating in that context political commitment for the successful implementation of the RCC Strategy and Work Programme 2017 – 2019.

RCC Secretary General, Goran Svilanovic, who co-chaired the meeting, presented the organisation’s activities in the past year, as well as plans for the upcoming three-year period, based on the most important conclusions and lessons learned from a fast-paced and dynamic year.

“This interplay of regional themes is at the core of our proposed Strategy and Work Programme for 2017 – 2019. Our vision and activities for these three years would strongly benefit from the commitment and support of all the stakeholders actively engaged in ensuring that the region is better connected, more competitive and increasingly integrated with the EU.”

The participants of the meeting exchanged views on the role of regional cooperation as a catalyst for economic growth and stability in South East Europe.

Both documents, the RCC SWP and the Annual Report of the organization, are expected to be finally endorsed at the Meeting of Ministers of Foreign Affairs of the SEECP on 31 May and the SEECP Summit which will take place on 1 June, when Bulgaria will officially hand over the SEECP Chairmanship-in-Office to Croatia for the next year.