Telecommunications operators from the European Union (EU) and the Western Balkans (WB), signed a Roaming Declaration enabling the reduction of roaming charges between the EU and WB as of 1 October 2023, at the EU-WB Summit held in Tirana on 6 December 2022.

In practical terms, this means that every WB and EU telecommunications operator, signatory of the Declaration, will consider introducing retail rate plans and options with lower charges for their roaming users in other mobile networks and the first significant reduction of data roaming prices will take effect as of 1 October 2023. This is just the start of the process aiming to achieve a substantial reduction of roaming charges for data on 1 October 2023 and a clear process of further reduction of roaming charges leading to prices close to the domestic ones by 2027.

In order to fully endorse this initiative and maximise its positive impacts on the citizens and businesses, telecommunications operators will have to enter into commercial negotiations with each other and decide on how much the prices will be reduced, as well as the models they will use through which the reductions at the retail level are to be implemented in practice, e.g. via discounts, special options, packages, bundles, or new or updated tariff plans, etc. They will make the aforementioned models available for purchase to the widest number of end-users without impediments or conditions related to other home tariff plans.

The benefits of this Declaration are manifold. This will reduce the cost of roaming for citizens in all of the Western Balkans and the EU while travelling in the region and EU as well as lower business operating costs and encourage doing business outside of their own borders. Success of this game-changing initiative is monumental, especially since it has been done on voluntary basis between telecommunications operators.

This Declaration is a result of strong engagement of the EU and WB telecommunications operators and support of the European Commission, Regional Cooperation Council, as well as commitment of region’s authorities since the entry into force of the Western Balkans Regional Roaming Agreement, making WB region roaming free in July 2021. This is the unequivocal testament of the continuous and unwavering European Union’s support in political, economic and social integration of the Western Balkans. We invite other telecommunications operators both from the EU and the Western Balkans to join the initiative. Press Statement by RCC Secretary General, Majlinda Bregu on the occasion of the signing of Roaming Declaration 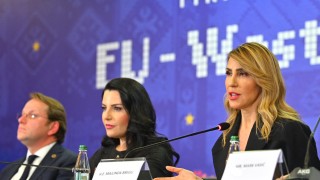 European Union and Western Balkans mobile operators to work together on steps, ought to start EU-WB roaming charges reduction soon 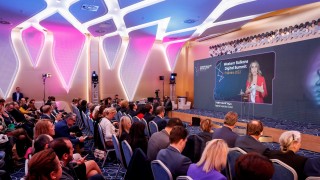