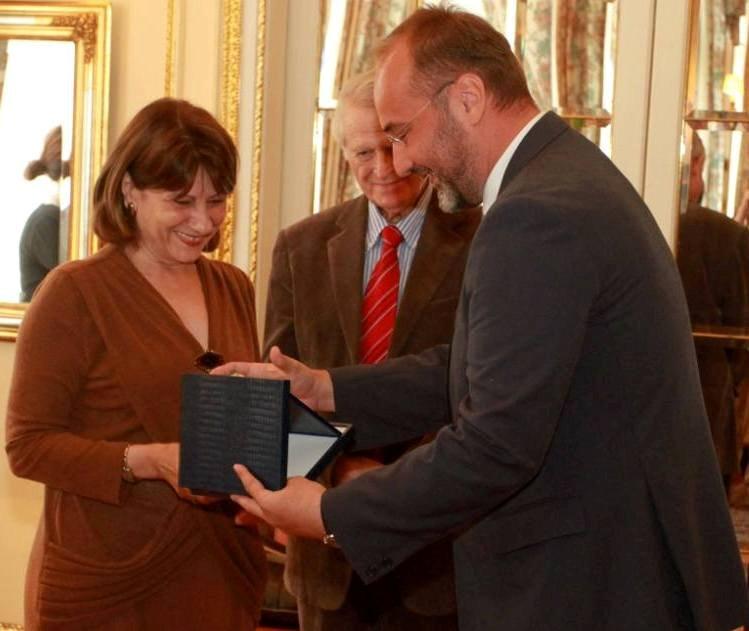 Jelica Minic, Head of Expert Pool at the Regional Cooperation Council (RCC) Secretariat, has been awarded the ‘Europe Contribution of the Year’ award by the European Movement in Serbia for her contribution to European integration and values in Serbia.

President of the European Movement in Serbia, Vlastimir Matejic, explained that Ms Minic received the award for her long-term service in the civil society sector, diplomacy and the Regional Cooperation Council, including her work on the South East Europe 2020 growth strategy recently approved by South East European foreign ministers in Ohrid.

“Ms Minic is not only awarded for the Europe contribution of the year, but also of the whole decade”, said Matejic.

He reminded of Ms Minic’s contribution to the modern society and the European Movement in Serbia.

“There are many ways one can help their own country, working for others and the whole region”, said Minic.

“South East Europe is now a lively, dynamic area, with a new, more positive climate. I am happy to have been able to contribute to creating this new dynamics.”

The award was presented by Sasa Jankovic, Serbian Ombudsman and the last year’s winner.

The ‘Europe Contribution of the Year’ award has been presented for the 12th consecutive year for a speech, book, act or attitude of an individual, organization or a group of citizens who have significantly contributed to the process of European integration and promotion of European ideas and values in Serbia.