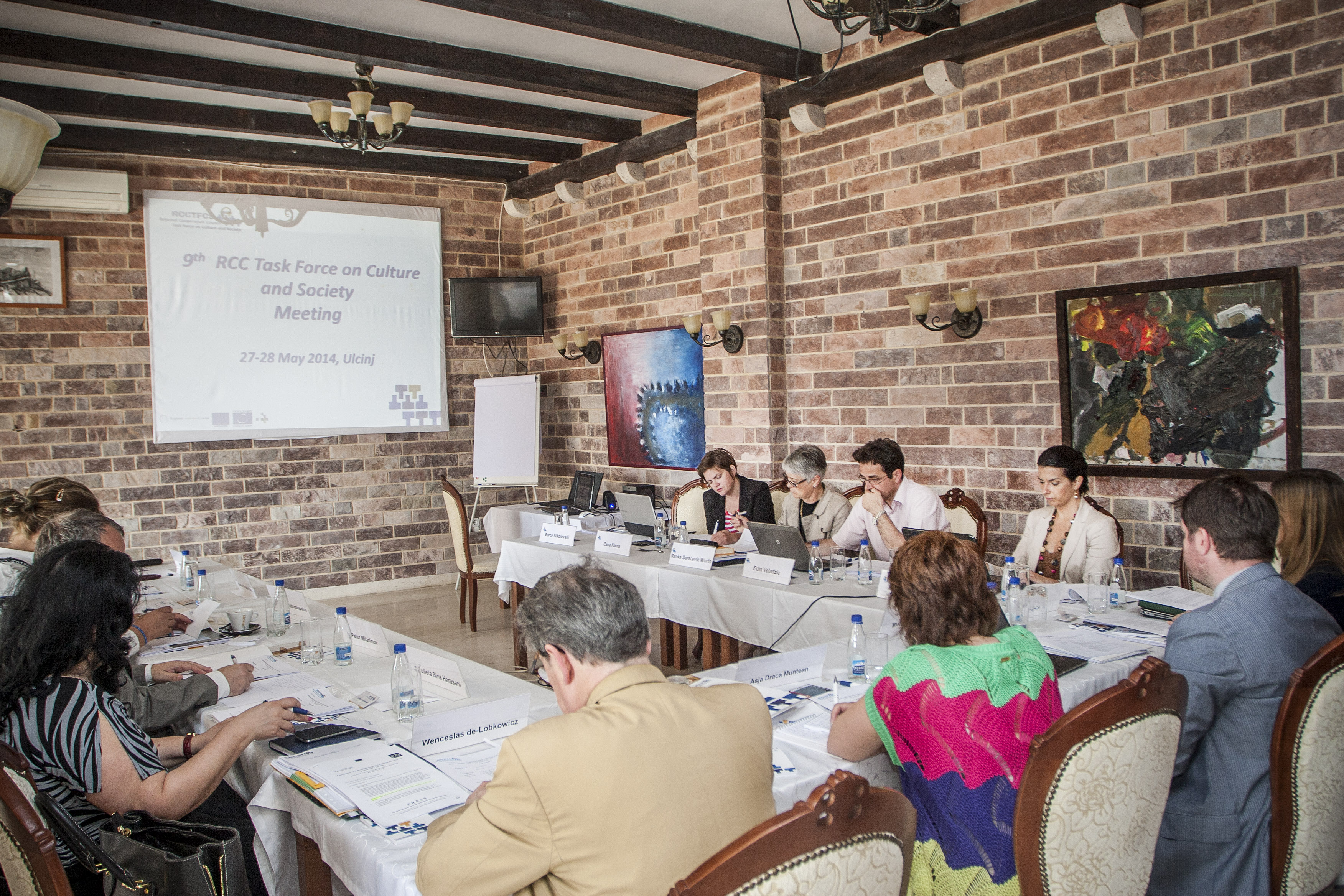 The ninth meeting of the RCC Task Force on Culture and Society was held on 28 May 2014 in Ulcinj, Montenegro. (Photo RCC/Milena Filipovic)

The ninth meeting of the Regional Cooperation Council (RCC) Task Force on Culture and Society (TFCS), marking the entering into the final phase of implementation of the Ljubljana Process II – Rehabilitating Our Common Heritage, ended in Ulcinj, Montenegro, today.

“The works performed included preparation of extensive documentation with many additional investigations and analyses. These cultural monuments and sites have completed an important step in cultural heritage rehabilitation process” said Ivana Nakikj, Head of the RCC Task Force on Culture and Society Secretariat.

“An amount of 95,000 euro has been allocated for the preparation of cultural heritage site management plans with relevant training to sustain the rehabilitation projects for additional seven sites in the region.”

The two-day event endorsed the Comprehensive Report on the results and actions within the Ljubljana Process II prepared by the RCC TFCS Secretariat and discussed future steps in the involvement of the RCC TFCS as a Dimension Coordinator of the Cultural and Creative Sectors Dimension of the RCC’s South East Europe (SEE) 2020 Strategy.

In his opening address, Mladen Dragasevic, Senior RCC Expert on Smart Growth, invited the TFCS to provide active contribution to the ongoing process of development of three regional programs under this Dimension which support the continuation of cultural heritage rehabilitation through Ljubljana Process, audio-visual sector and design industries in order to achieve sustainability of the RCC TFCS.

The conclusions of the Council of Culture Ministers of the EU on cultural heritage, as a strategic resource for sustainable Europe, were presented by Wenceslas de Lobkowicz, European Commission’s Advisor on Inter-cultural Dialogue and Cultural Heritage at the Directorate General for Enlargement. Lobkowicz said that this document could contribute to defining guidelines for SEE regional cooperation activities.

The meeting, organized by the Task Force Secretariat, gathered high-level officials from RCC participants from South East Europe, representatives of the RCC Secretariat, and the European Commission. The Republic of Serbia took over the Chair of the RCC TFCS from The Former Yugoslav Republic of Macedonia, at the meeting.