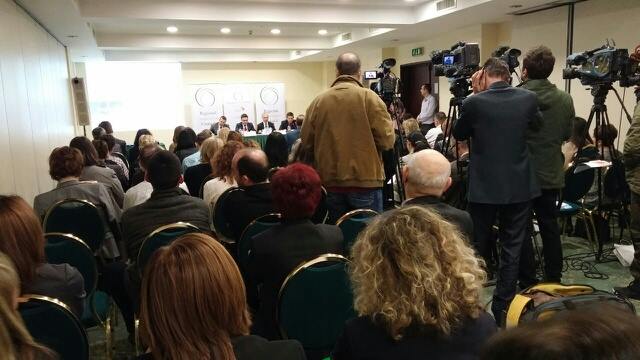 Mr Besimi said that his government’s development programmes and plans are in harmony with the SEE 2020 strategy, and that the main goal of those plans is to try and reach European Union’s average economic growth. He added that those plans are based upon creating new jobs primarily in the private sector.

Mr Neziri presented the ongoing and planed programmes and measures his government is conducting in implementing the SEE 2020 strategy. He emphasised that his country is tirelessly working to fight unemployment, stressing that it has already been reduced by 9 percent in the past few years.

“Our countries are small, and we need to work together in order to reach competitiveness in the global economic markets,” said RCC’s Goran Svilanovic. He thanked the hosts for their work on implementation of the SEE development strategy.

The participants also heard the initial results of the Balkan Barometer research – a comprehensive public opinion and business sentiment survey, commissioned by the RCC towards the end of 2014, asking more than 14,000 citizens and 1,400 companies in 7 Western Balkans economies to share their views on main political, social and economic developments.

The initial results show that The Former Yugoslav Republic of Macedonia stands out as the only country where citizens’ expectations about the future are gloomier than their assessment of the current conditions. The number one problem for the majority of the population is unemployment closely followed by the economic situation; and that is the result which is the same throughout the region. The full survey will be presented by the RCC in May this year.

The meeting, organised by the RCC Secretariat in cooperation with the Ministry of Economy, and the Organisation for Economic Co-operation and Development, gathered more than 70 representatives of the host country administration, international organisations, the business community, academia and civil society organisations. The next stop of the RCC’s SEE2020 roadshow will be Belgrade, on 23rd of March 2015.