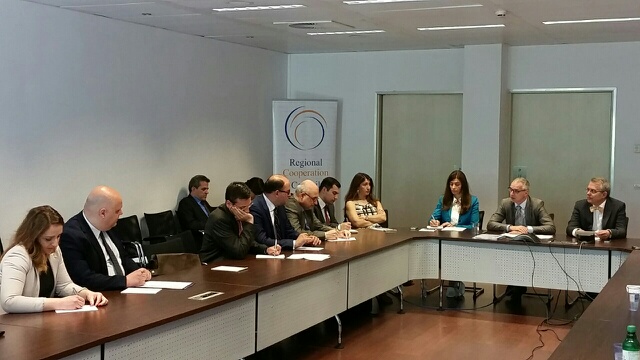 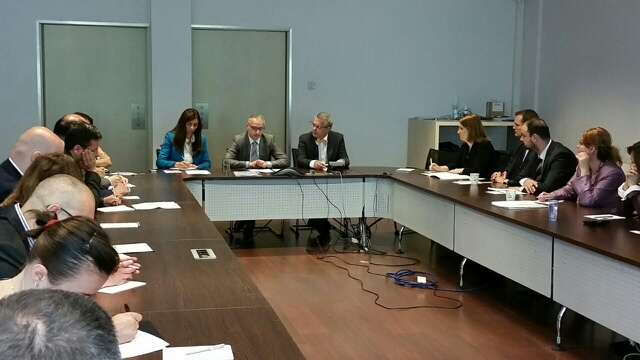 Secretary General of the Regional Cooperation Council (RCC) Goran Svilanovic met today with the Ambassadors of SEECP participants accredited to EU and NATO in Brussels as well as with EC Director General Christian Danielsson.

The Secretary General briefed the diplomats on the main developments in the regional cooperation in SEE. The focus of the briefing was on the most important activities of the RCC in light of the recent high-level meetings held in Tirana: RCC Annual meeting,  meeting of SEE 2020 Governing Board and other high level events and activities.

Svilanovic highlighted that despite the challenges both the enlargement countries and the European Union (EU) continued to work on the accession process.

“Effects of the economic crisis know no borders. We all know that the path to healthy economies is through meaningful reforms and regional solidarity”, said RCC Secretary General.  He added that it was recognized that a regional approach is one of the effective ways to inspire action in key sectors such as connectivity. “It applies”, said Svilanovic, “to both ‘hard connectivity’ - developing infrastructure, and ‘soft connectivity’ - removing policy, regulatory and other hurdles preventing movement of goods, services, capital and people.”

The briefing was attended by some 20 Ambassadors and diplomats accredited in Brussels and is a part of regular communication they have with the RCC Secretary General.