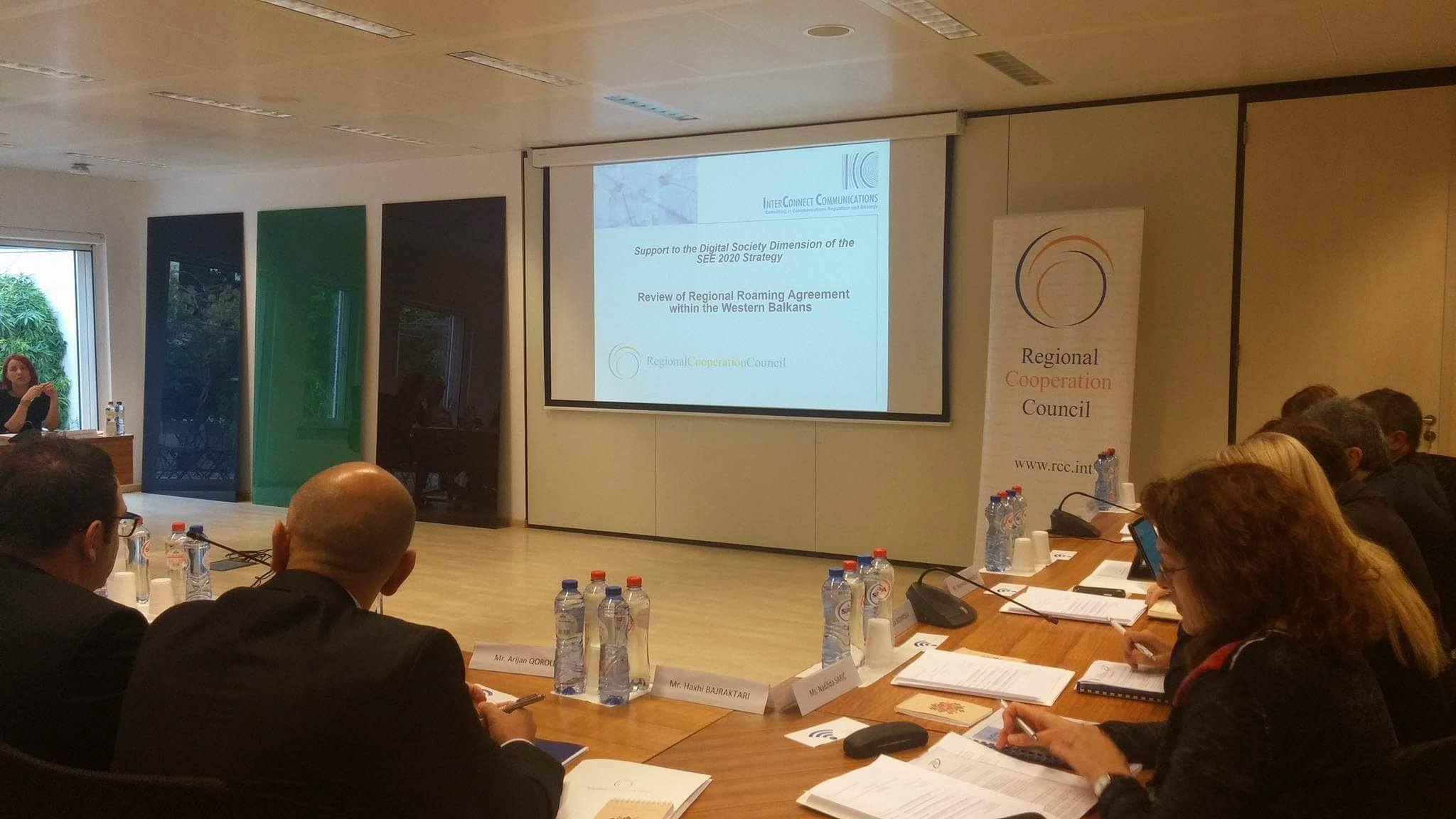 RCC presents initial insights of the draft Regional Roaming Study to the governments’ and communication regulatory agencies’ representatives from the Western Balkans, in Brussels, on 18 October 2016. (Photo: RCC/Nadja Greku)

Sarajevo/Brussels – The Regional Cooperation Council (RCC) Secretariat presented the initial insights of the draft Regional Roaming Study[1] to the governments’ and communication regulatory agencies’ representatives from the Western Balkans, in Brussels today.

“This Study is the first analysis on roaming policies on a regional-scale, from independent  experts’ perspective, encompassing entire WB6 context. It collects and analyses the available market impact data, as well as systematizes the information regarding the legal and regulatory framework on the roaming in our region,” said Vesselin Valkanov, head of RCC Liaison Office in Brussels, at the opening of the meeting.

According to the key recommendations flagged in the draft Study, there is an apparent room for adjustments of the current Regional Roaming Agreement (RRA) that would harmonize the roaming policies in our region with the EU model. It also confirms the potentials and success of the regional approach in coordinating roaming policies, along with the reduced roaming prices and tangible benefits for the customers brought about as a result from the regional agreement.

“RCC’s future steps in this area will be ensuring research and analytical support in developing and enabling legal and regulatory framework for sustainable and market-based roaming policies (especially on the post-2017 price caps and available methodologies); undertaking forward-looking impact analyses in a regional context; examining the prospects for enlarging the geographic scope of the RRA; and promoting the potentials of the regional approach and the RRA,” concluded Valkanov.

The meeting today also discussed the valuable inputs and comments on Study, given by the WB governments and regulatory communications agencies. The next step is to accommodate all relevant information and finalize the study.

[1]The full title of the Study commissioned by the RCC and made by the InterConncet Communications Ltd., is: Study on roaming services policies in the Western Balkans and legal market impact assessment of the effects and future sustainable prospects of the Regional Roaming Agreement.