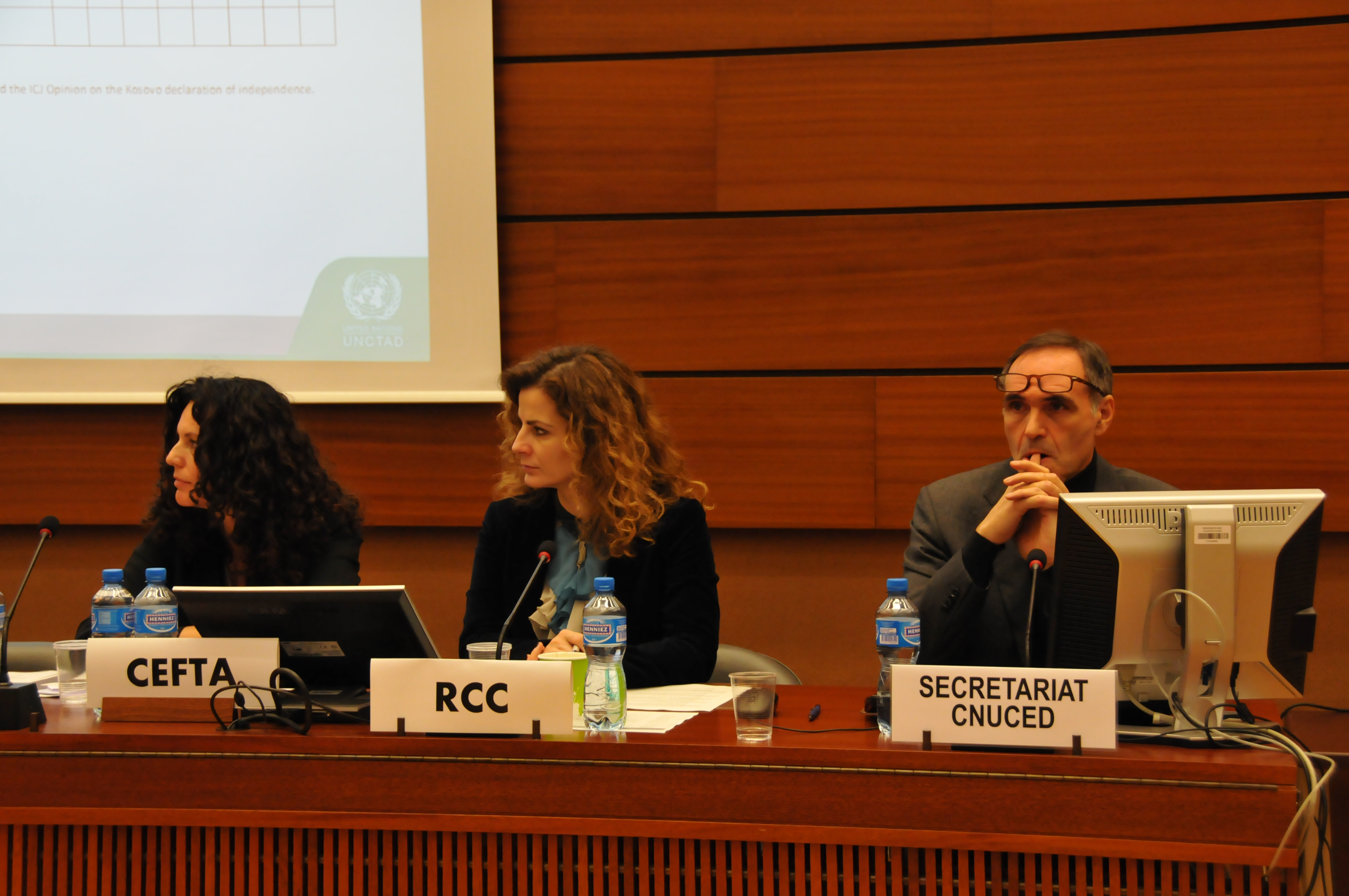 Geneva, Switzerland -  Reforming and harmonizing investment policies in South East Europe will help to attract investors, a senior regional official said, at a meeting in Geneva on Thursday to discuss economic cooperation on investment into the region.

The economies of South East Europe are collaborating on a historic regional Investment Policy Review (IPR) – the first of its kind undertaken by the United Nations Conference on Trade and Development (UNCTAD). It is hoped the IPR will boost investment and create high quality jobs and new business opportunities to foster sustainable development and inclusive growth in the region.

Speaking at the start of the two-day meeting, Ms. Dragana Đurica, Senior Expert on Competitiveness at the Regional Cooperation Council (RCC) emphasized the participatory nature of the IPR:

“Reform and harmonization of investment policies through regional consensus will help further market integration of South East Europe and help increase the official ranking of the region among the global investment community.”

Delegates from the participating economies came to Geneva to discuss the methodology and initial findings of the review and provide feedback, ahead of the next phase of the regional project. The meeting provided a platform to discuss regional integration and first steps on sensitive areas of investment where the economies are competitors.

The Council, representing the participating economies, initially requested the IPR from UNCTAD. After last year’s small rise in foreign direct investment (FDI) flows to the region, the Council sees the IPR as an opportunity to further boost FDI in its member economies.

The IPR will also support the region to promote investment in the tourism, agro-processing and energy sectors, which suffered following the break-up of the former Yugoslavia.

The IPR of South East Europe will be prepared by UNCTAD and the RCC, in close cooperation with key development partners for economies in the region, including the Central European Free Trade Agreement (CEFTA) Secretariat, the International Labour Organization and the World Bank.

Closing the meeting, Mr. James Zhan, Director of UNCTAD’s Investment and Enterprise Division, neatly summed up the investment policy priorities for the region with three Cs: Coherence, Collaboration and ‘Coopetition’ – striking a balance between healthy competition and cooperation.

UNCTAD has supported developing countries and economies in transition with a total of 45 investment policy reviews, and provided technical support with implementing recommendations. Speaking at the launch of UNCTAD’s IPRs of Kyrgyzstan and Tajikistan on Tuesday, member States praised the programme as one of UNCTAD’s “most focused, targeted and useful technical assistance tools”.