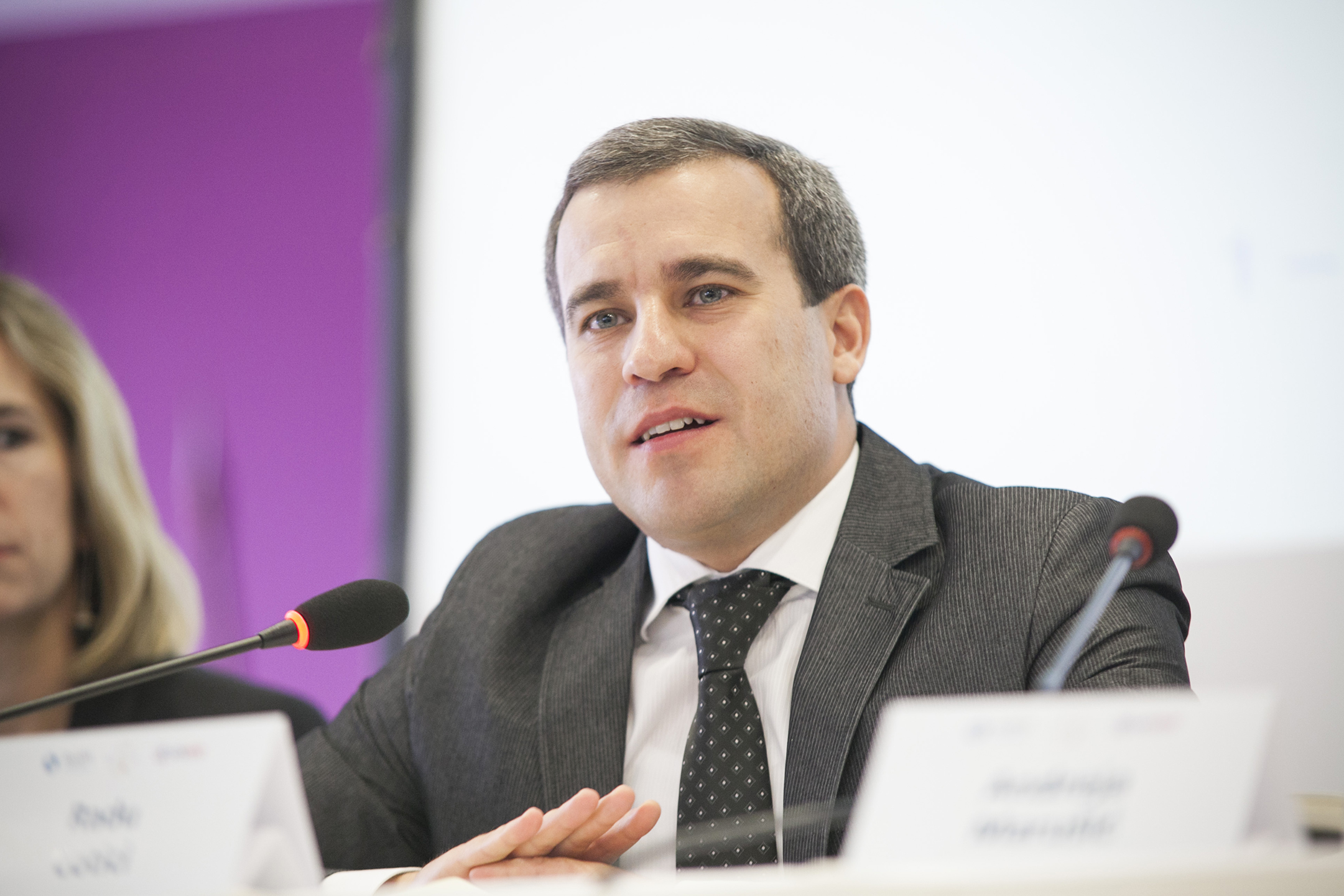 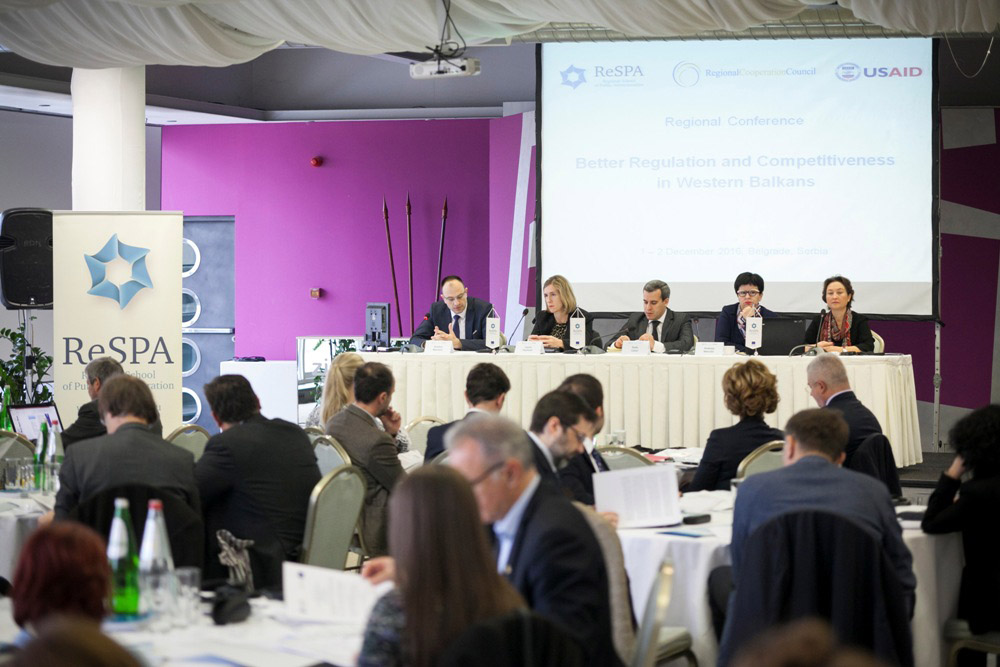 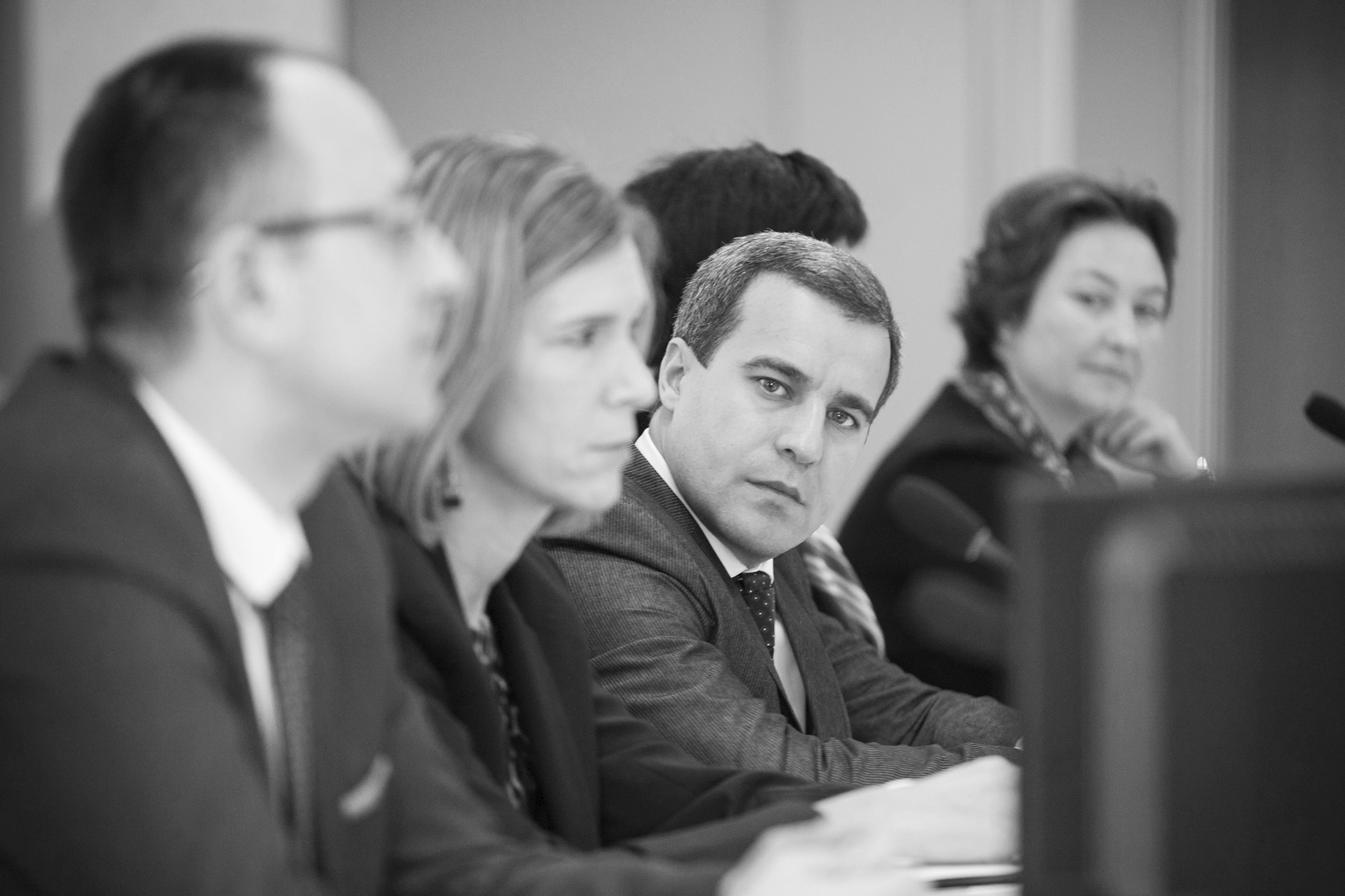 In the present post-crisis setting of slow growth, high unemployment and fiscal stringency in most economies in this region, the need for improving cost effectiveness and quality of regulation remains critical. Better regulation means changes that improve the quality of regulation, provides a real opportunity to stimulate economic activity, unlocks productivity and supports growth.

Sarajevo/Belgrade – Regional Cooperation Council (RCC), Regional School of Public Administration (ReSPA) and relevant projects of the United States Agency for International Development (USAID), held a two-day regional conference on Better Regulation and Competitiveness in the Western Balkans in Belgrade, on 1-2 December.
Mr. Radu Cotici, Expert on Governance for Growth, Public Administration Reform and Anticorruption, said: „According to RCC's Balkan Business Barometer survey, the private sector would like to be more involved in the development and drafting of regulations, given that they are not satisfied with the current situation. Therefore, the Regional Cooperation Council will make particular efforts to assist governments in implementing the best possible standards in this area and in improving regulatory framework to the extent possible.“
In his opening remarks, Mr. Drazen Maravic, Chair of ReSPA Governing Board at Senior Officials’ level and Assistant Minister of the Ministry of Public Administration and Local Self-Government of the Republic of Serbia, expressed his belief that ReSPA as a regional hub can provide support in the better regulation efforts. „During the last two years, ReSPA organized over 100 networking events, with more than 2,000 public servants who participated in those events, and with 250 regional and international experts,“ Mr. Maravic pointed out.
„Many times we have seen how important it is to have good and transparent regulatory framework, especially at the local level, where we have offices dealing with these issues. We have already seen great results in terms of attracting foreign investment and enabling economic growth at the local and national level. For example, the result in the issuance of construction permits in Serbia is that now the process takes less time and the number of permits issued has increased,“ said Ms. Laura Pavlovic, Director of the Office of Democratic and Economic Growth at USAID Serbia.
The comparative research on Better Regulation and Competitiveness in Western Balkans, supported by ReSPA, was presented at the Conference. The research specifically highlighted efforts related to the Regulatory Impact Assessment (RIA) in the economies of the region. RIA is an instrument which assists to policy makers in assessing necessity of new legislative activities, and in the assessment of methods by which these activities could be best framed in order to achieve desired goals.
Topics of the Conference were related to better regulation in the context of EU accession, trends in this area on on the global level, in the European Union and in the Western Balkans, including planning and consultations within governmental institution and highlighting the best practices in the WB. It gathered more than 80 experts and practitioners from the region and EU, as well as representatives from the regional business associations.
Rule of Law and Good Governance