Roma Integration 2020: Budgeting in the region to be improved to reflect measures for integration of Roma 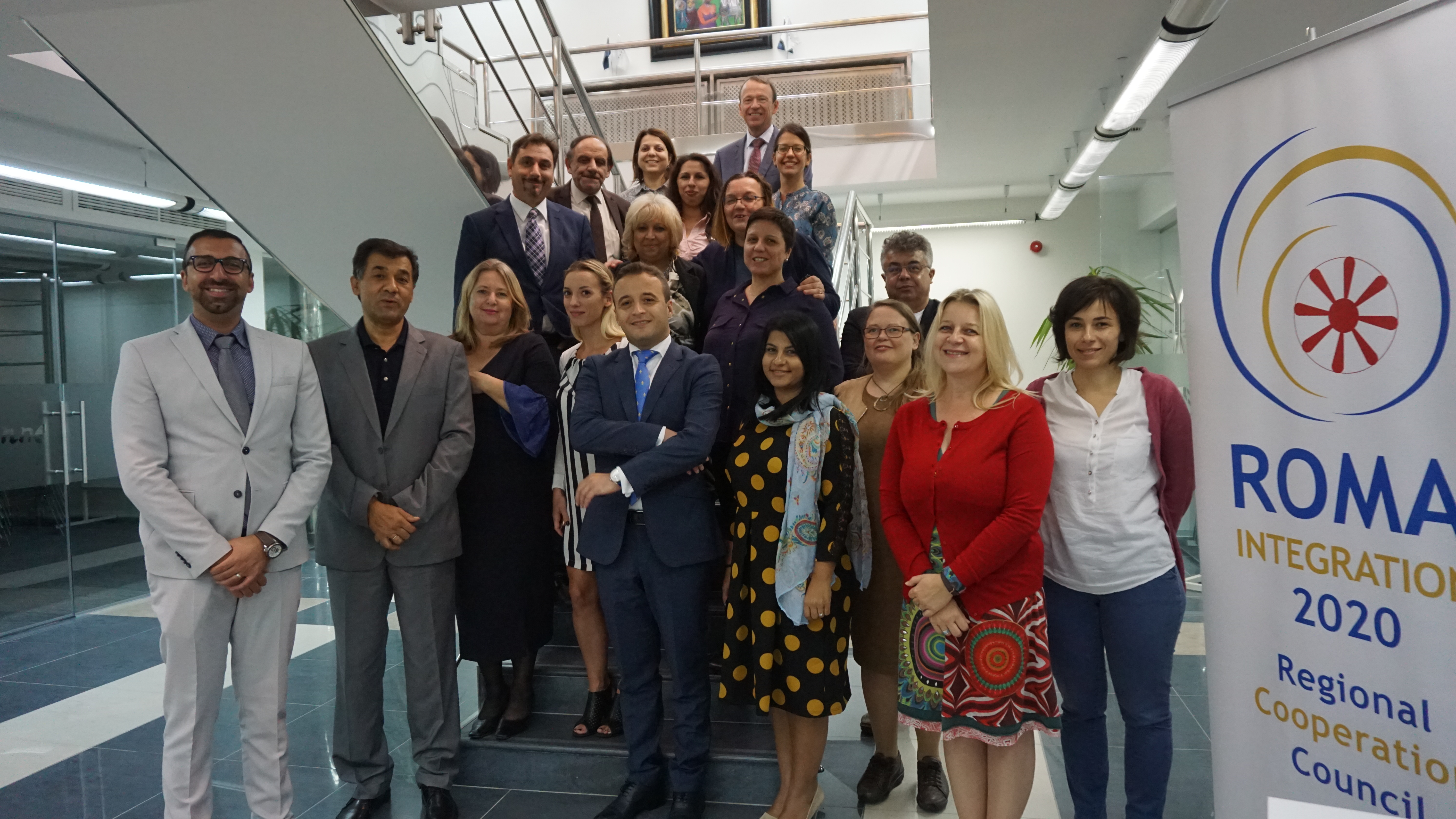 Belgrade - Regional Cooperation Council’s (RCC) Roma Integration 2020 Action Team (RI2020) is given the mandate to work with the governments on developing regional standards for budgeting Roma Integration policies and mainstream budgeting responsible to Roma integration, at the RI2020 Task Force meeting which ended in Belgrade today.

“In the past year and a half since the Project was launched, the RI2020 effectively implemented the planned activities, thus ensuring regional monitoring and reporting standards and majority of accepted policy recommendations. We have noted positive achievements in education, in particular in promoting pre-school education for Roma” said Orhan Usein, RI2020 Action Team Leader, at the opening of the meeting.
“However, discrimination in education is prevailing and hate crimes/hate speech have increased as reported by the civil society organizations. At the same time, there is a need to move from project-based interventions to institutional solutions of the problems. Our future challenges include advancing on budgeting for Roma integration policies and specific issues of institutional structure such as the need for improving budgeting calculations to reflect the mainstream measures from which Roma have benefited.”
The meeting reviewed the progress of Roma integration and related developments, and decided on the topics of project activities, ensuring comprehensive monitoring and reporting on Roma Integration policies.
Morten Jung, Senior Advisor on Western Balkans at the EC’s DG Near, expressed satisfaction that the project RI2020 has worked impressively to move forward the Roma integration processes in the region by improving the planning and monitoring practices. He also reminded the Task Force participants on the commitment of the EU to consider sustainable progress in  Roma integration an important part of the EU accession preparation process and will ensure support in this respect to all involved stakeholders.
The meeting also heard about the set-backs in employment and housing. Although housing is an expensive investment it has been recommended to combine it with social and economic investments to ensure long-term sustainability. It was concluded that affirmative measures, particularly subsidies for employment of Roma should last longer; social entrepreneurship should be promoted and regulated by law; and ministries of health should comply with their obligations as planned or provide substantial arguments for failing to implement the plan in order to discuss mitigation measures.
Neda Korunovska, Advocacy Manager, Open Society Foundations, reminded the participants that the Roma Integration 2020 builds on the Decade of Roma Inclusion 2005-2015 which established policy and institutional framework and dialogue on Roma Integration, but focuses on the remaining challenges of mainstreaming the interests of Roma communities in the reform policies, including the budgeting.
National Roma Contact Points, representing the region’s governments, committed to adopt the monitoring template as official part of their strategies/action plans and task the state statistics and ministries of finance to fill in the corresponding parts. Monitoring reports should be sent to the RI2020 team in June each year. To this end, the RI2020 plans to develop an online platform for monitoring.
The second Task Force meeting, which gathered the National Roma Contact Points, civil society representatives from the Western Balkans and Turkey, the European Commission, the Open Society Foundations and the RCC, has been organised by the RCC’s RI2020. The Roma Integration 2020 Task Force meets annually.
The RI2020 project, implemented by the RCC with the financial support of the European Union and the Open Society Foundations, aims to contribute to reducing the socio-economic gap between the Roma and non-Roma population in the Western Balkans and Turkey and to strengthen the institutional obligations of governments to incorporate and deliver specific Roma integration goals in mainstream policy developments.
Roma Integration