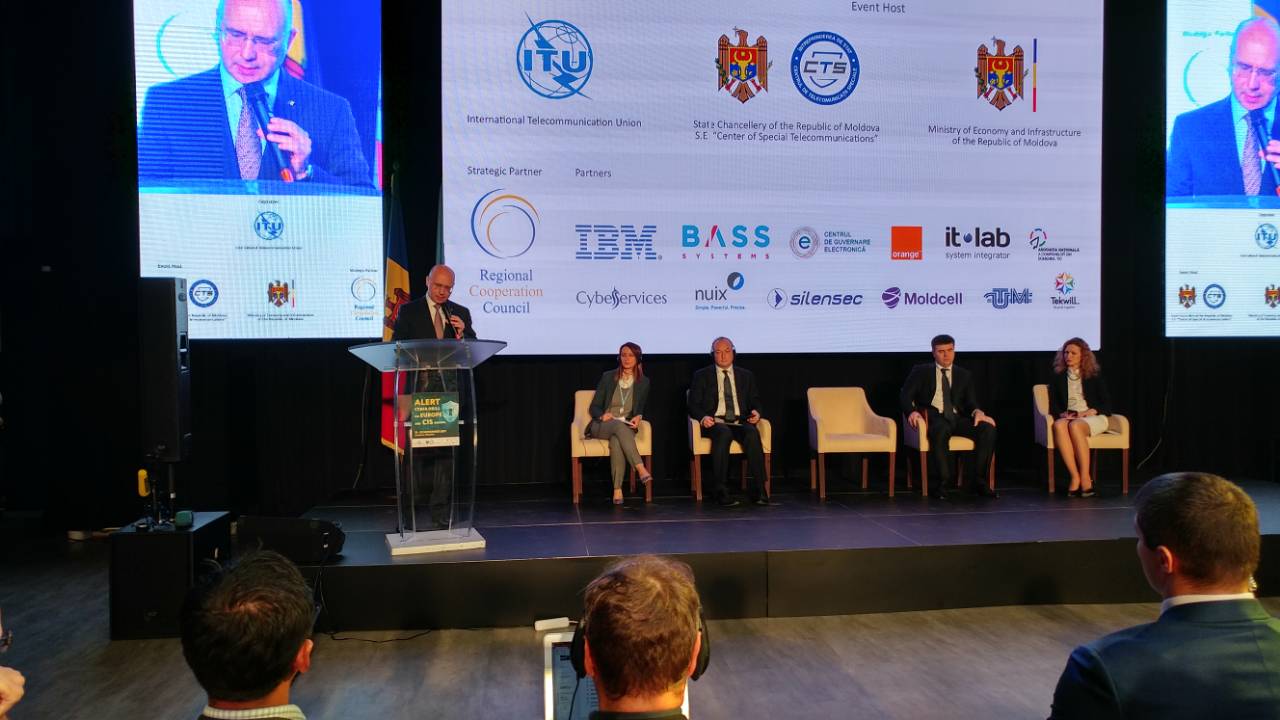 The event was opened by Pavel Filip, Prime Minister of Moldova who welcomed the participants wishing them a good drill. Prime Minister underlined importance of development of Information Technologies for overall economic growth, stressing the capabilities to deal with cyber threats and cyber security in general as crucial, given that problems of cyber security exceed national borders, while the virtual environment is becoming ever so present in various fields of activity.

“The cyber-drill is directly relevant for the regionally-prioritized measures on digital trust and security that received highest level of political support in Multi-Annual Action Plan (MAP) for Regional Economic Area (REA) through endorsement of its measures by Western Balkans Prime Ministers at the Trieste Summit”, said Maja Handjiska Trendafilova, SEE 2020 Strategy Coordinator of the Regional Cooperation Council (RCC) in her opening remarks.

Kirill Oparin, Head of CIS Office at the International Telecommunication Union (ITU) said that cybercrime was danger to both citizens and states, explaining that the purpose of the ALERT is to assist national and other CSIRTs to develop and implement operational procedures in response to various cyber incidents, and to identify future planning and process improvements.

This cyber drill is open to national CIRTs/CSIRTs and gathers technical and management teams taking part in the drill as well as over 120 experts in tech field of cyber security and management. This event is organized by the Telecommunication Development Bureau (BDT) of the ITU in cooperation with the Regional Cooperation Council (RCC) within the framework of the ITU Regional Initiatives for Europe and for CIS on Building Confidence and security in the use of telecommunications/ICTs agreed by the World Telecommunication Development Conference 2014.

During the first day of the drill the RCC organises a focused side meeting, the first WB6 meeting of Computer Security Incidents Response Teams (CSIRTs), to discuss situation with cyber security in Western Balkans economies, challenges they face and explore potentials for regional activities and cooperation in this narrower regional format. The meeting is to gather CSIR Teams from Western Balkans, EU, and representatives of other regional initiatives and organisations.