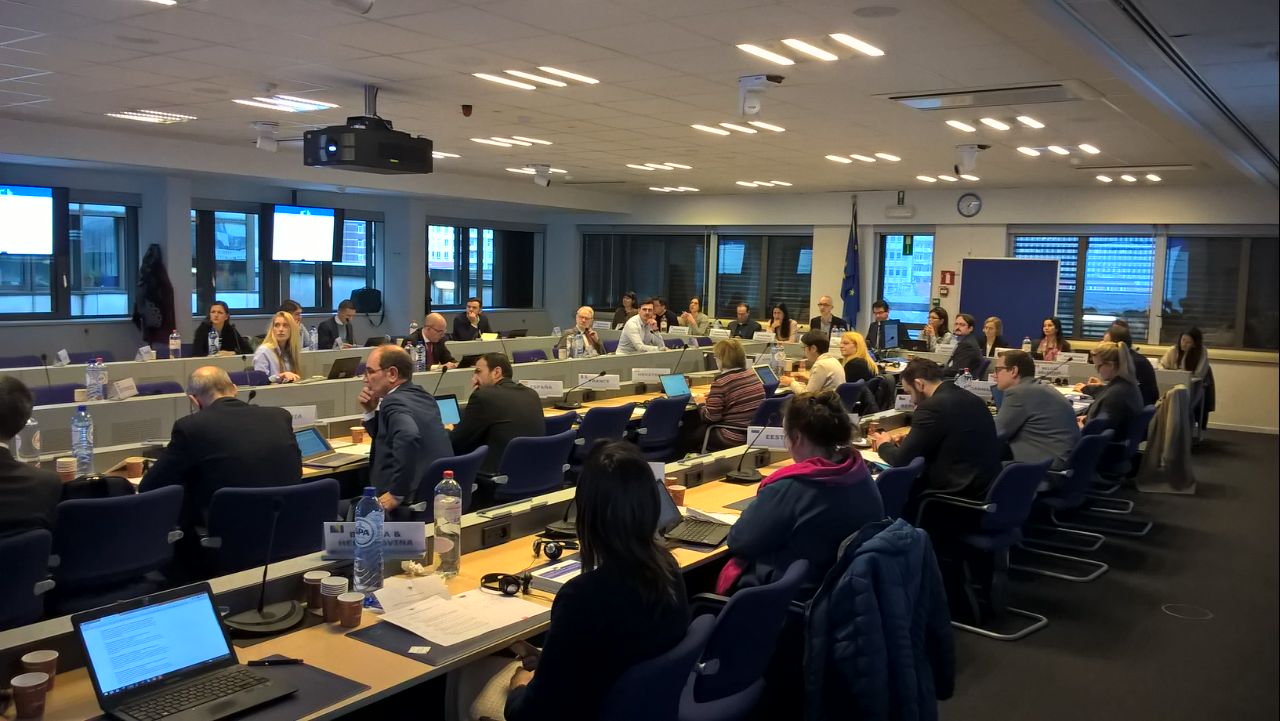 Representatives of the Western Balkans presenting developments in Open Science and Open Access policies in their economies at the 5th meeting of the EU network of National Points of Reference on Scientific Information (NPR) (Photo: RCC)

Brussels - Representatives of the Western Balkans presented developments in Open Science and Open Access policies in their economies together with EU Member States at 5th meeting of the EU network of National Points of Reference on Scientific Information (NPR) in Brussels, on 5 December 2017.

The NPRs are tasked to co-ordinate the measures listed in the Recommendation on access to and preservation of scientific information encouraging all EU Member States to put publicly-funded research results in the public domain in order to strengthen science and the knowledge-based economy and to report on the follow-up of the Recommendation.

One of the items on the Agenda of the meeting was the regular report on the implementation of the Recommendation which will for the first time include a section dedicated to the Western Balkans. The members of the RCC Working Group on Open Science have set an ambitious goal of implementing the Recommendation into their national R&D policies and systems. The work of the Working Group on Open Science has been supported by the European Commission’s Directorates-General for Research and Innovation (DG R&I) that have invited the Western Balkans to participate in the regular EU member states’ reporting process. Albania, BiH, Kosovo*, Montenegro and Serbia have submitted national reports on the implementation of measures outlined in the Recommendation to the European Commission and will therefore be a part of the regular EU reporting on the implementation of the Recommendation. The RCC has facilitated the process of preparing and collecting the national reports.

The members of the Working Group on Open Science have had the opportunity to present the latest developments on Open Science and Open Access with their EU member states counterparts on equal footing and to participate in the discussions on the latest initiatives of the European Commission’s Directorates-General for Research and Innovation (DG R&I) and for Communications Networks, Content and Technology (DG CONNECT), namely the European Open Science Cloud and the discussions on the plans for a revision of Commission Recommendation on access and preservation of scientific information at the meeting.

Back-to-back with this meeting the Regional Cooperation Council (RCC) organised a Workshop on Smart Specialization in Research and Development (R&D) and Industrial Working Group from the region, focusing on actions on smart growth outlined in the Multi-Annual Plan (MAP) on Regional Economic Area (REA), agreed at the Western Balkans Summit in Trieste, in July 2017.

* This designation is without prejudice to positions on status, and is in line with UNSC 1244 and the ICJ Opinion on the Kosovo Declaration of Independence