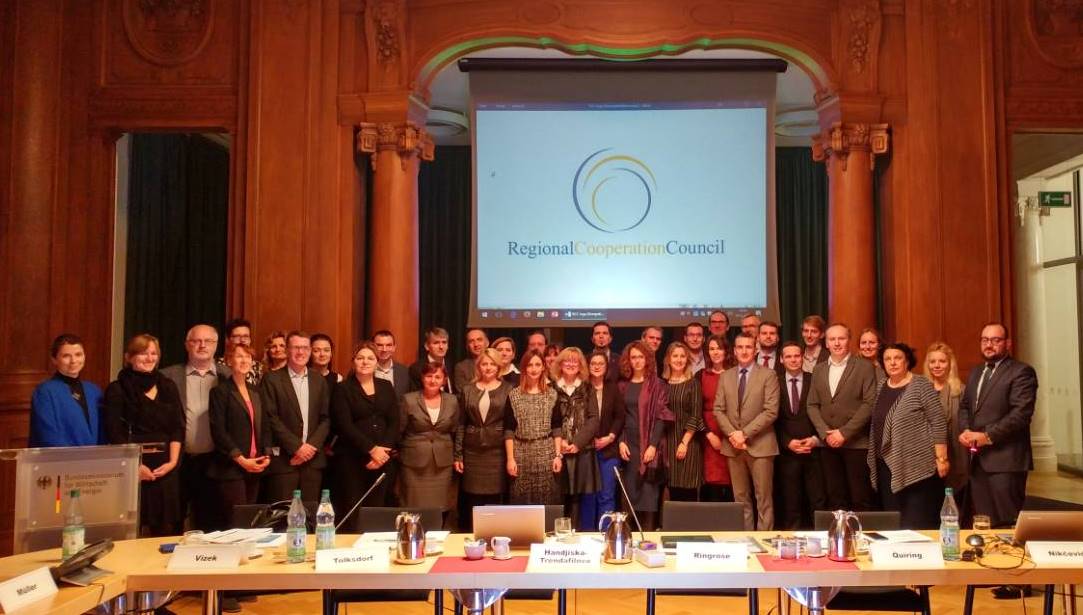 Berlin - The Regional Cooperation Council (RCC) in cooperation with the European Commission and German Federal Ministry for Economic Affairs and Energy continued with preparations of the Western Balkans (WB) Digital Summit 2018 at the two-day meeting held in Berlin, Germany on 19-20 December 2017. This meeting is a follow-up of the constituting meeting held at RCC in Sarajevo in October.

The objective of the meeting was to present progress achieved so far in preparations of the upcoming Western Balkans Digital Summit 2018, discuss the structure and possible topics to be covered by the Summit.

The meeting participants exchanged plans for future activities on the Digital integration agenda. They also agreed   on the draft concept for the four platforms: Digital environment networks and services, connectivity and access; Trust and Security; Digital skills; and Digital economy and society, including data economy, standards and interoperability, and innovation.

The discussion went on to include youth and civil society in digitalisation in the framework of the upcoming Digital Summit. Preliminary results of the Study on Digital Transformation of the Western Balkans 6 plus Slovenia and Croatia by the Institute of Economics, Zagreb were presented to the participants at this meeting as well. The draft Study finds that increase in digital transformation spurs economic activity in WB more than the world’s average, and that there is a sizable improvement in overall digitalisation level in all economies. However the WB still substantially lags behind the average EU performance.

The Multi-Annual Action Plan (MAP) for the Regional Economic Area (REA), endorsed by the region's leaders at the Western Balkans Summit in Trieste this year in its Digital integration section stipulates exploiting the untapped region's potentials of digital integration to ensure the supply of innovative and competitive services to consumers and businesses and acts as an important lever for socio-economic development, high value jobs generation and a vibrant knowledge-based society. The WB Digital Summit 2018 represents a cornerstone of the process.

The meeting gathered representatives of the WB6 governments in charge of Digital Integration, the European Commission's Directorates-General for Neighbourhood and Enlargement Negotiations (DG NEAR), for Communications Networks, Content and Technology (DG CONNECT), German Federal Ministry for Economic Affairs and Energy, German Committee on Eastern European Economic Relations, representatives from industry, chambers of commerce, and many other partners.