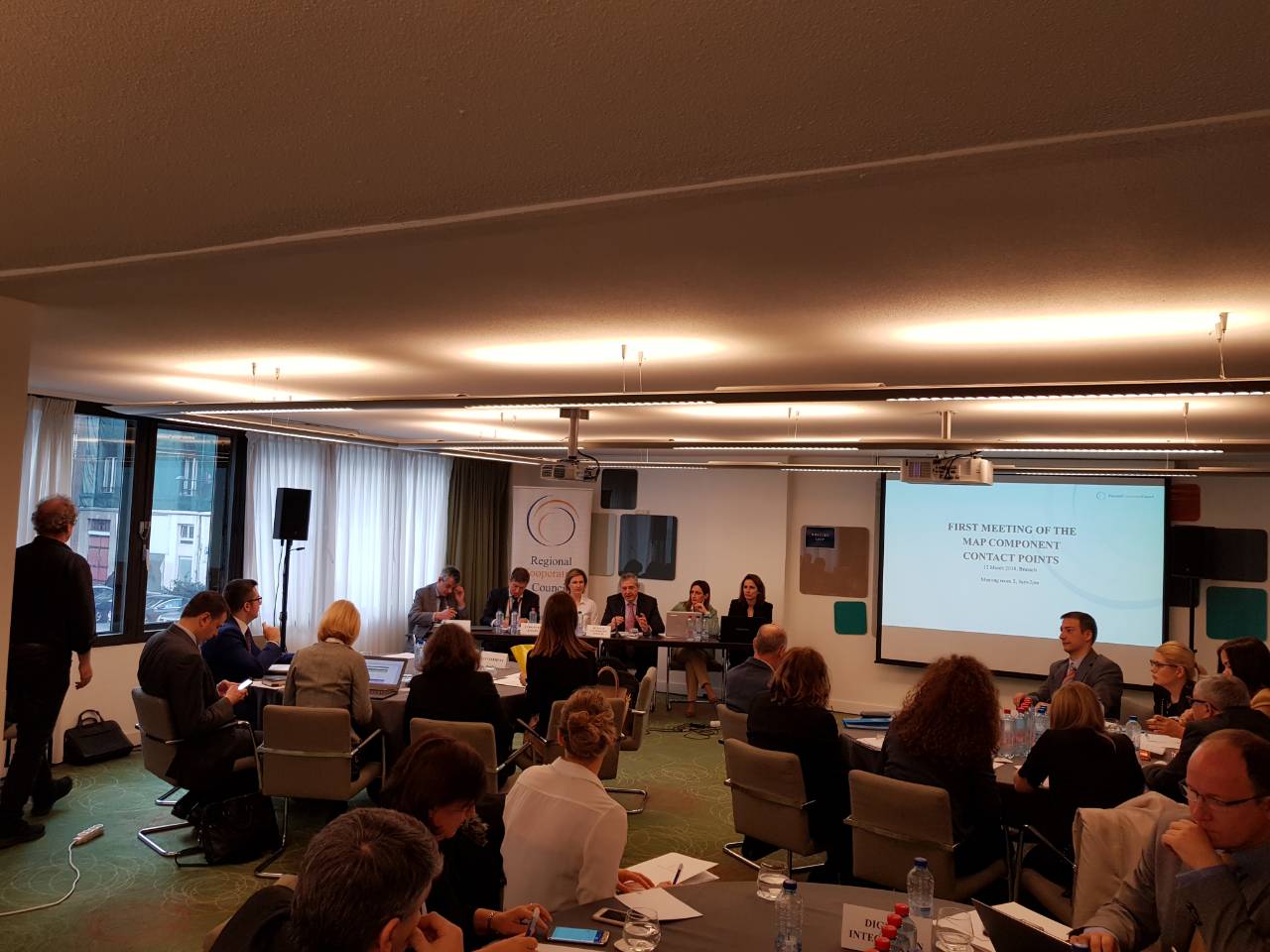 Brussels - Component Contact Points (CCPs) from the  Western Balkans Six (WB6) economies involved in implementation of Multi-Annual Action Plan for the Regional Economic Area (MAP REA) met to discuss the deliverables of the MAP REA implementation to be achieved by the upcoming High level Summits in Sofia and London. Moreover, the meeting informed CCPs from the WB6 on several aspects of monitoring and reporting of the MAP REA. The meeting organised by the Regional Cooperation Council (RCC) was held in Brussels today.

The RCC presented the draft methodology for monitoring and reporting on MAP REA implementation, including the next steps, data to be used and the indicators designed to measure the impact. The endorsement of the methodology by the MAP Coordinators will happen at a later stage.

Additionally, the meeting participants discussed the draft regional deliverables that were already presented to the MAP Coordinators at their second meeting held in Trieste on 30 January 2018, focusing on exploring any potential implementation risk; defining steps needed for the implementation of envisaged deliverables in each economy, to allow follow up coordination; and at discussing on how each deliverable would impact the objectives of the MAP REA.

The meeting gathered representatives of WB6 nominated as CCPs from each economy, CEFTA, European Commission (EC) and the RCC.