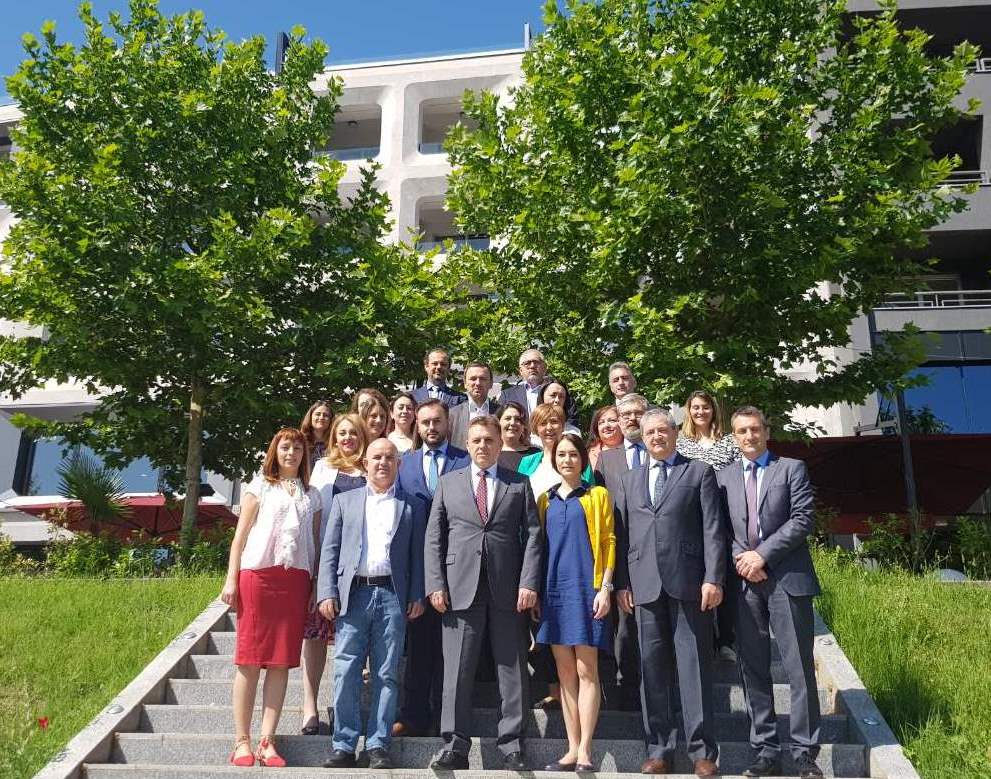 Participants of the 7th meeting of the RCC-led Regional Working Group on Environment (RWG Env) in Skopje, 30 May 2018 (Photo: RCC/Nadja Greku)

Skopje - Regional Cooperation Council (RCC) and the Ministry of Environment and Physical Planning hosted the 7th meeting of the Regional Working Group on Environment (RWG Env) in Skopje, today.

Minister of Environment and Physical Planning Sadulla Duraki and Deputy Secretary General of the RCC Gazmend Turdiu, welcomed all participants and expressed hope in fruitful work of the working group as it tackles highly important phenomena affecting all citizens of the region.

The meeting discussed current state of play in climate change and environmental protection in the Western Balkans, providing further steering of the environment dimension of South East Europe 2020 (SEE 2020) Strategy and ensuring consolidated regional approach and monitoring of implementation of regional projects, in line with Bon Ministerial Declaration endorsed in November last year.

Representatives of WB economies used this opportunity to present their national or regional activities in an attempt to identify potential initiatives, which may be replicated in other economies and where some achievements can be used in the region. Furthermore, the meeting participants analysed the existing level of regional cooperation in this domain and identified the needs for it strengthening as well as possibilities for joint future  actions.

RCC team announced publication of a commissioned Study on climate change in the Western Balkans (WB) region that is to be available to the public the following week.

The Study shows alarming increase of temperature over the whole territory and that in the coming period, up to 2035 the mean annual temperature increase is expected to reach 0.5-1.0ºC, but with constant global greenhouse gases (GHG) increase up to 1.5ºC. This increase will reach 5.0ºC by the end of the century.

A day earlier Skopje hosted the 2nd Biodiversity Task Force meeting, which was co-organized by the International Union for Conservation of Nature Regional Office for Eastern Europe and Central Asia (IUCN ECARO) acting as the Task Force Secretariat and the Ministry of Environment and Physical Planning.