Western Balkans agree to step up the work on research infrastructure 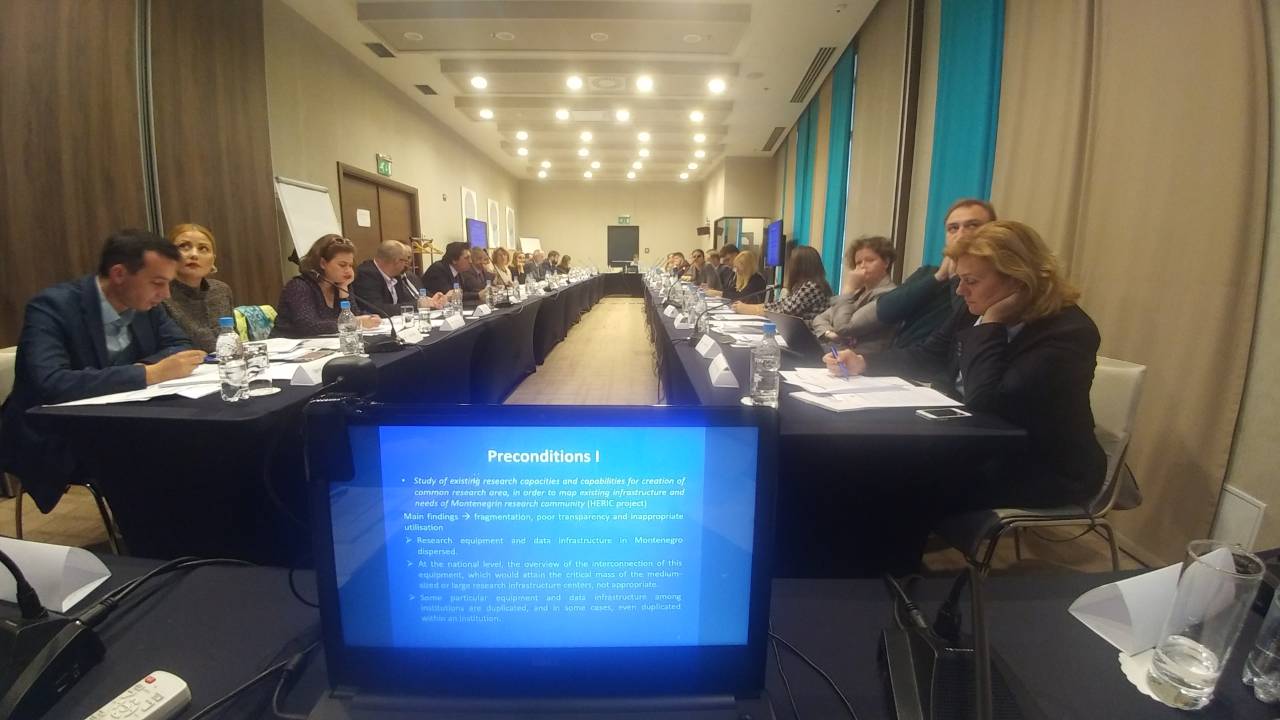 Joint Workshop on Research Infrastructures and Contract Research co-organised by the RCC and the Directorate-General Joint Research Centre (DG JRC) of the European Commission, in Sarajevo, 30 October 2018 (Photo: RCC/Vanja Ivosevic)

Sarajevo – Six Western Balkan (WB6) economies agreed to step up their work on research infrastructure in the region. Specifically the WB6 agreed to develop policies to open access to the existing research infrastructures (RIs) for researchers from the region, to cooperate in development of national RI Roadmaps as a basis for a regional map of RIs, and to kick off joint work on a WB6 online science hub of public research institutions, RIs and researchers in the region, all with the support of the Regional Cooperation Council (RCC).

This has been agreed at a joint Workshop on Research Infrastructures and Contract Research co-organised by the RCC and the Directorate-General Joint Research Centre (DG JRC) of the European Commission that took place in Sarajevo today.

This Workshop enabled the participants to exchange their experiences and good practices in mapping the RIs, including methodologies and use of the collected data, to address the development of national RI Roadmaps and their efficiency in short and longer-term plans for the development of national RIs and their links to the European RI Roadmap. Participants also discussed policy options to increase collaboration between existing Research Infrastructures and researchers from the WB6.

The current status of the mapping RIs in the region was presented by the representatives of the individual WB6 economies. Montenegro has embarked on a revision of the national Research Infrastructure Roadmap in light of strategic developments at the national level; Serbia is in the final stage of the process of preparation of their first RI Roadmap to be completed this year; The Former Yugoslav Republic of Macedonia has  formed a national working groups to start the development of national RI Roadmap; while Albania, Kosovo* and Bosnia and Herzegovina have initiated discussions  on how to start the RIs mapping process.

The Workshop was organised to support the implementation of the Multi-annual Action Plan on a Regional Economic Area in the Western Balkans (MAP REA) prepared by the RCC and endorsed by the leaders of WB6 at the Berlin Process Summit on 12 July 2017, in Trieste, Italy. The MAP prioritizes mapping existing research infrastructure in the region, as one of its actions under the Mobility Component.