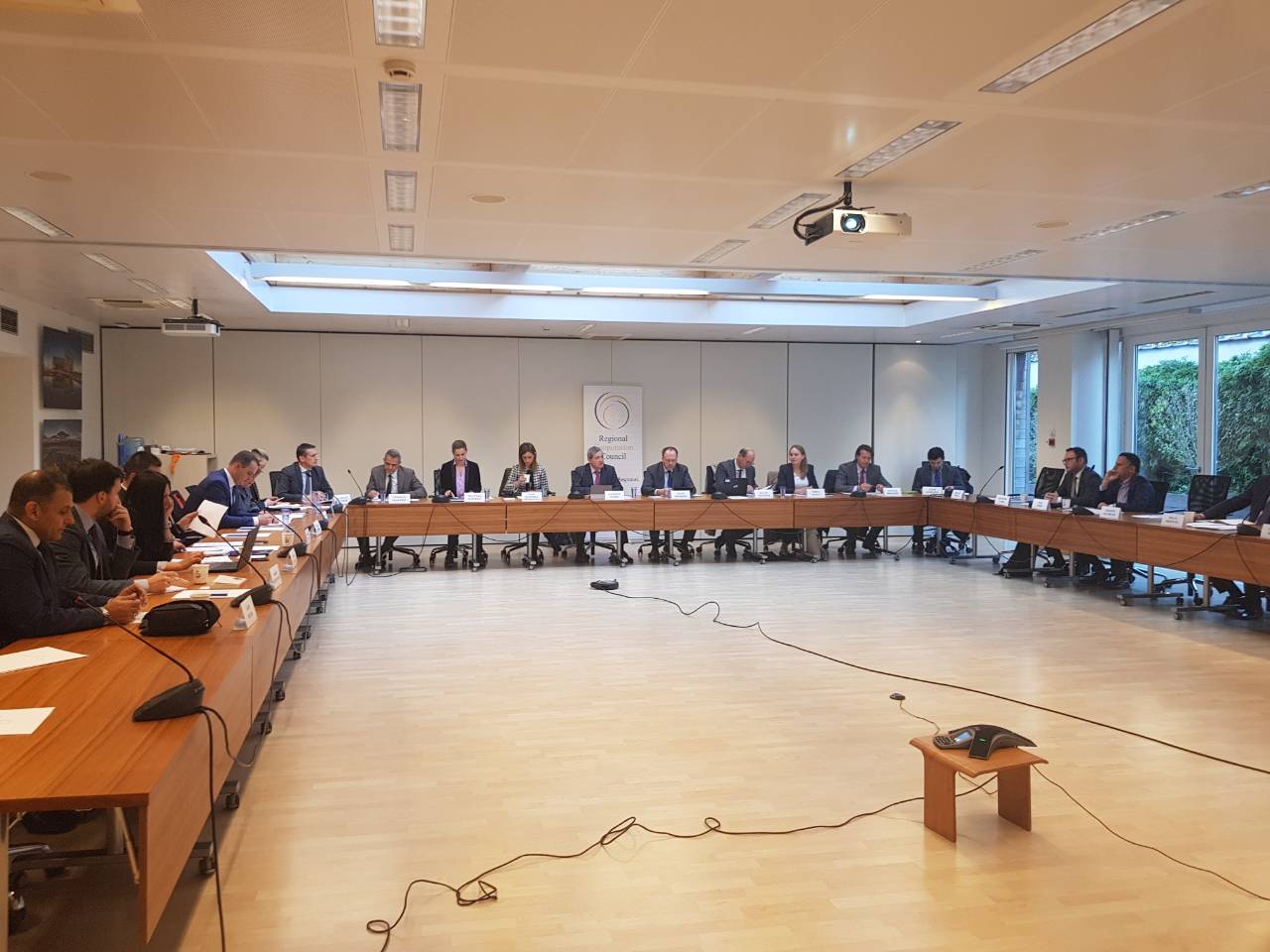 Brussels – Representatives of the Western Balkans (WB) economies started the discussions for the adoption of the new Regional Roaming Agreement aimed at reducing the roaming prices for the benefits of all Western Balkan consumers, covering calls, SMS and data traffic for the entire region.

The first draft of the Agreement on the price reduction of the roaming services in public mobile communication networks for the full coverage of consumers in the Western Balkans region was reviewed during the Roaming Policy meeting organised by the Regional Cooperation Council (RCC), held in Brussels on 6 November 2108.

Deputy Secretary General of the RCC Gazmend Turdiu, who chaired the meeting expressed optimism to have positive results on the roaming file of the Multi-Annual Action Plan of the Regional Economic Area (MAP REA) endorsed by the WB Prime Ministers in Trieste last year, which will deliver benefits for all WB consumers of mobile communications networks.

“Extension of roaming charges reduction to all Western Balkan citizens would allow for equal treatment of consumers throughout the region and produce many economic and social benefits thereof. The draft agreement we proposed provides a good basis to start negotiations, while today’s meeting offers a good opportunity to have a technical and in depth discussion amongst the WB experts and with the European Union (EU).”

David Ringrose, Head of Unit, Policy Outreach and International Affairs at the European Commission’s Directorate-General Communications Networks, Content and Technology (DG CONNECT), who addressed the meeting on behalf of the European Commission, said that the EU experience on roaming charges reduction and implementation of “Roam Like at Home” (RLAH) regime, instructs WB on ways to pursue whilst learning from EU experience and address challenges faced by its member states during the implementation.

The Western Balkans economies have agreed to introduce Rome Like at Home regime for the whole territory of Western Balkan within a transitional period, complying as such with the objectives of MAP REA endorsed by WB’s Leaders in Trieste and the Digital Agenda for Western Balkans launched in June 2018. In addition, concrete measures will be implemented by WB6 economies during the transitional period to allow the economies to reduce further the roaming prices and prepare for the full implementation of the RLAH regime

RCC will continue to support this process by facilitating the regional discussions and engage in providing technical advice for Western Balkan economies. It is expected that the text of the new Regional Roaming Agreement for the WB will be consolidated by the upcoming BEREC meeting in December, and its signing can take place during the Western Balkans Digital Summit to be organized in Belgrade on 4 -5 April 2019.

This meeting was part of the RCC's activities supporting Digital Integration Component of Multi-Annual Action Plan for Reginal Economic Area (MAP REA) and EU's Digital Agenda for the Western Balkans.