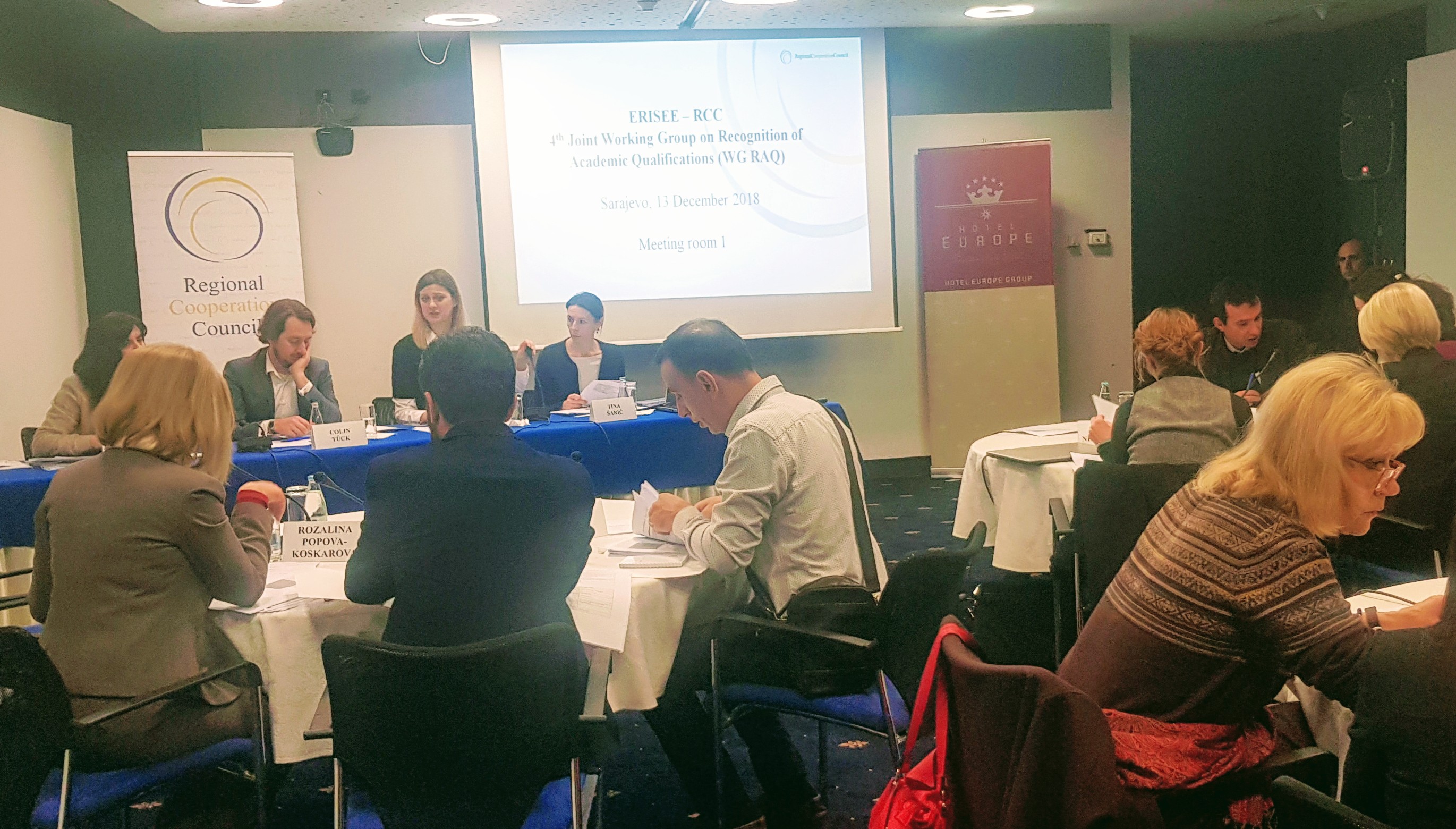 In addition a joint online system which will support cooperation and automatic recognition between WB economies developed jointly between RCC and ERI SEE based on the agreements made in the previous meetings was presented for further fine-tuning. The joint online system will be launched at the Prime Ministers Summit in July 2019, Poland.