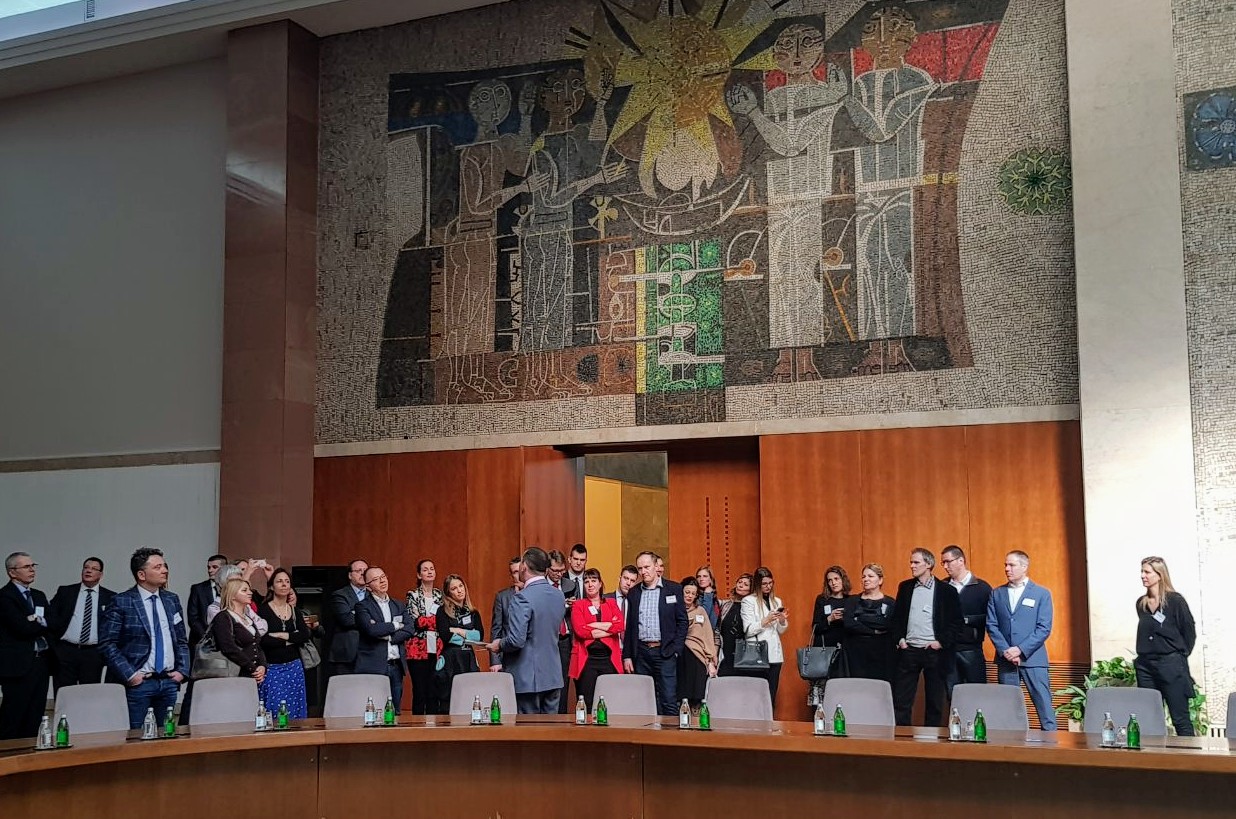 The Summit's Steering Committee finalizing preparations for the 2nd Western Balkans Digital Summit, that is to take place on 4-5 April in Belgrade (Photo: RCC/Nadja Greku)

Belgrade – The preparations for the upcoming 2nd edition of the Western Balkans' Digital Summit entered its final stage.

With just slightly over 40 days to the big regional event,  the Summit's Steering Committee, including the host - Serbian Ministry of Trade, Tourism and Telecommunication, the Office for Information Technologies and e-Government of the Government of Serbia and Serbian Chamber of Commerce, Regional Cooperation Council (RCC), the European Commission (EC) and the German Federal Ministry for Economic Affairs and Energy, met in Belgrade today to finalise the concept of the event, the agenda, visit the venue and agree on the division or roles and responsibilities.

The 2nd Western Balkans Digital Summit will take place in Belgrade on 4-5 April 2019, at the Palace of Serbia (Palata Srbije). The two-day event is to be held at ministerial level, gathering relevant ministers from the region and renowned guests. It is envisaged to involve three segments: political technical and people centered.

Equally important is the signing of the new Regional Roaming Agreement (RRA2) between the Western Balkans economies planned to be signed during the Digital Summit. The WB6 ICT Ministers are to sign the RRA2, gradually reducing the costs of roaming in the region, leading to zero roaming charges as of July 2021. Once the Agreement is signed, the European Union expressed commitment to start with the reduction of roaming prices between the EU and the WB.

The Digital Summit is one of the Digital Integration components of the RCC-developed Multi-Annual Action Plan on a Regional Economic Area (MAP REA) for the WB6 and is envisaged as an annual event that is to combine existing efforts and develop cooperation among the region's economies in building common digital future.