Bregu: Exercising real elements of mutual interests and good relations day by day of utmost importance for presenting the other face of this region 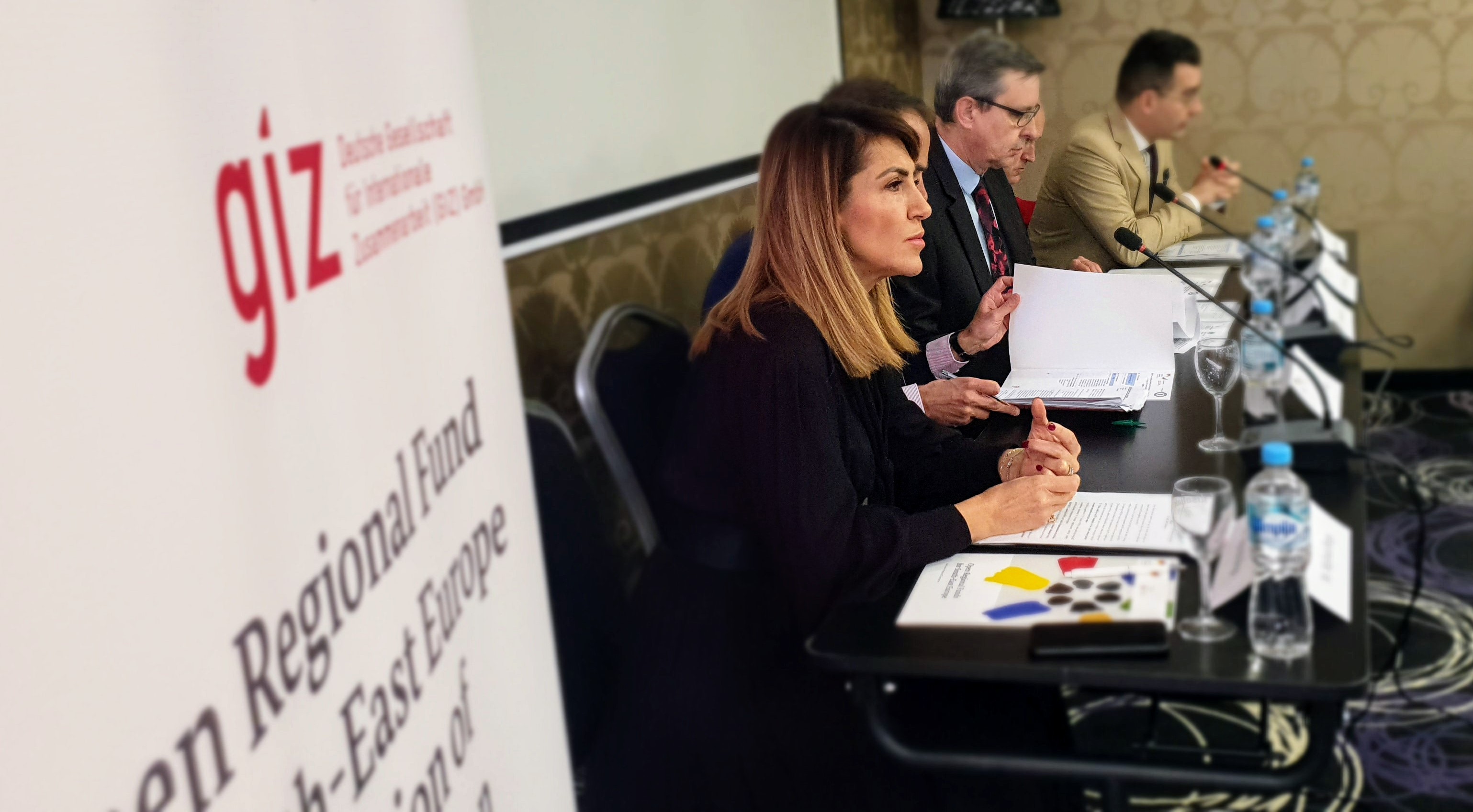 Sarajevo – Majlinda Bregu, Secretary General of the Regional Cooperation Council (RCC) took part in the coordination meeting of the Berlin Process focusing on the preparations for the July 2019 Western Balkans summit in Poznan, in Sarajevo today.

Speaking in the opening, Ms Bregu reiterated importance of regional cooperation and joint actions of the regional economies in the EU-integration process, as well as progress made under the Berlin Process umbrella.

“In this time of uncertainty we could not succeed in moving forward just by staying in the corner. It is of utmost importance to continue exercising day by day real elements of mutual interests and good relations among ourselves that may present other face of this this region”, said Secretary General Bregu adding that the very first big solid messages on the European enlargement and perspective of the Western Balkans will be delivered by Poznan, since both, "Europe and regional cooperation deliver” as demonstrated by the recent signing of the Regional Roaming Agreement for WB, that is gradually reducing roaming prices leading to the Roam Like at Home principle i.e. zero roaming costs across the WB.

The participants of the meeting discussed preparation for the Poznan Summit in July 2019 and beyond in the areas of economy and connectivity, security, civil society, youth, culture, and engagement of local communities in the cooperation processes.

Beside WB roaming agreement, the expected results for the July Summit involve Agreement on Recognition of Professional Qualifications in the WB for Doctors of Medicine, Dentists, Engineers, Architects; Roma Declaration on advanced measures for Integration of Roma population in the region; Declaration of Mutual Recognition of Academic Qualifications; all of them resulting from consultations and negotiations led and facilitated by the RCC. The plan beyond Poznan Summit, committing the WB economies, is to set series of new actions leading to improvements in implementation of the Multi-Annual Action Plan for Regional Economic Area (MAP REA) Investment, Trade, Digital and Connectivity Agendas, agreed at the Trieste Summit in 2017.

Almir Sahovic, Assistant Minister of Foreign Affairs of Bosnia and Herzegovina, Wiesław Tarka, Coordinator of the Western Balkans Summit in Poznan, and Severin Strohal, from the European Commission’s Directorate-General for Neighbourhood and Enlargement Negotiations (DG NEAR), opened the meting together with the RCC Secretary General. The meeting was organized by the Deutsche Gesellschaft für Internationale Zusammenarbeit (GIZ) GmbH in Cooperation with Ministry of Foreign Affairs of Bosnia and Herzegovina.

The Berlin Process is a diplomatic initiative aimed to consolidate and keep the dynamics in the future enlargement of the European Union (EU) and the EU integration process. It started with the 2014 Conference of Western Balkans in Berlin, followed by the 2015 Vienna Summit, 2016 Paris Summit, the 2017 Trieste Summit, and the last conference was held in July 2018 in London. The next Western Balkans Summit, within Berlin Process will be held in Poznan, Poland in July 2019.