Bregu: The best investment in the Western Balkans is to create opportunities for its youth to stay 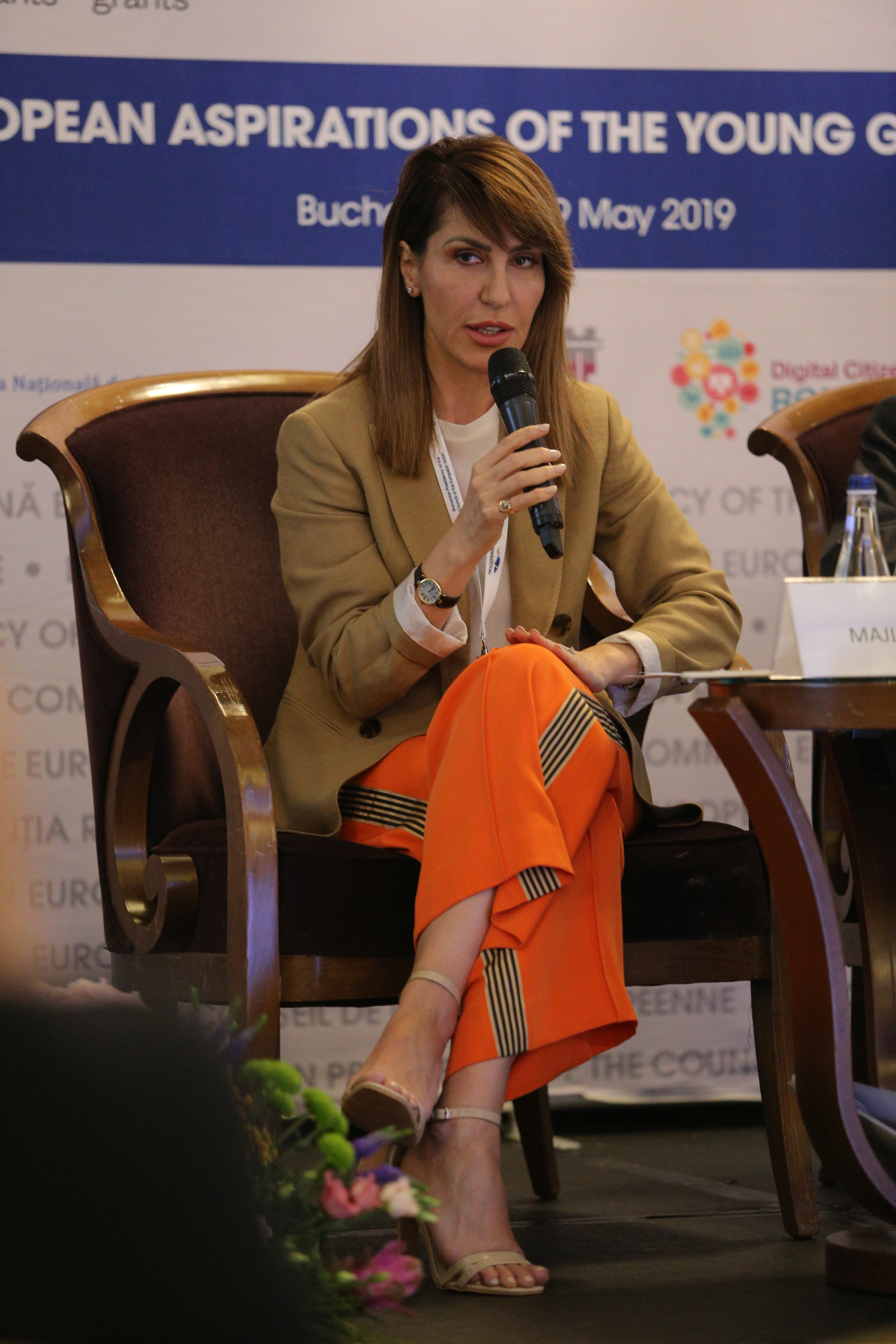 Secretary General of the Regional Cooperation Council Majlinda Bregu at the opening of the Conference ‘How to better respond to European aspirations of the young generation in the Western Balkans?’ organised by the Romanian Presidency of the EU Council in partnership with the RCC, in Bucharest on 28 May 2019 (Photo: RCC/Stefan Banu)

RCC at the Conference on Western Balkans’ youth aspirations and opportunities

Bucharest – “Young people are one fifth of the overall population of the Western Balkans (WB), and they are the most educated share of our workforce. Still, we haven’t managed to create a system of opportunities for these young people to work and engage in their societies in the region, while they rightfully expect us to. We need to invest more in the youth, to make them stay and invest their talent in improving theirs and our lives, for that matter. This is the least we can do for our future”, said Majlinda Bregu, Secretary General of the Regional Cooperation Council (RCC) at the opening of the Conference ‘How to better respond to European aspirations of the young generation in the Western Balkans?’ organised by the Romanian Presidency of the EU Council in partnership with the RCC.

„Our data show that out of over 700.000 jobs that have been created in the Western Balkans since 2012, only 4.3% were taken up by youth under 24 years of age. This clearly explains raising concern of the region’s citizens over the brain drain situation in the region, as it has reached 13% compared to 0% concern only five years ago, the latest RCC’s Balkan Barometer shows. On the other hand, over two thirds of young people in the WB believe in benefits of the EU membership, associating it with opportunities to travel, study and work abroad. It is time we joined hands to create such opportunities for them to stay, study and work at home – that is the best investment in our region.”

As the integral part of the Conference, the RCC hosted the multi-media exhibition of joint regional cultural tourism offer, currently under development by the RCC implemented and EU funded Tourism Development and Promotion Project, which aims to develop and promote cultural and adventure tourism in the Western Balkans, and to contribute to economic growth and employment in the region. The project is currently, among other, developing two exquisite cultural tourism products in the region: Western Balkans – Crossroads of Civilisations route, presenting common regional cultural heritage from Roman to Austro-Hungarian period, and Illyricum Trail, promoting Roman archaeological sites in the region and connects to similar routes already running through the Europe.

Within the cultural segment of the Conference, the RCC awarded the three winners of its “Looking for the summer” photo/video contest, which were voted as the most successful in promoting the South-East Europe as an attractive tourism destination. The winners: Jyrgen Belegu (1st prize), Adil Brahimi (2nd prize) and Isidora Ilic (3rd prize), had the opportunity to present themselves and their work before the Conference audience.

The Conference, devoted to youth, brought together around 200 young people from the WB and it was focused on youth employment, entrepreneurship, innovations and start-ups. It is taking place in Bucharest, Romania 28-29 May 2019.

The Conference is a result of cooperation between the Romanian Presidency of the EU Council and its representative State Secretary, Dănuţ Sebastian Neculăescu and his team, Regional Youth Cooperation Office (RYCO) and the RCC.

Learn more about the Conference

Video material from the conference: Opening panels and press statements