Bregu: Brain drain the biggest challenge of this decade - Western Balkans working age population declined by more than 400,000 in past 5 years 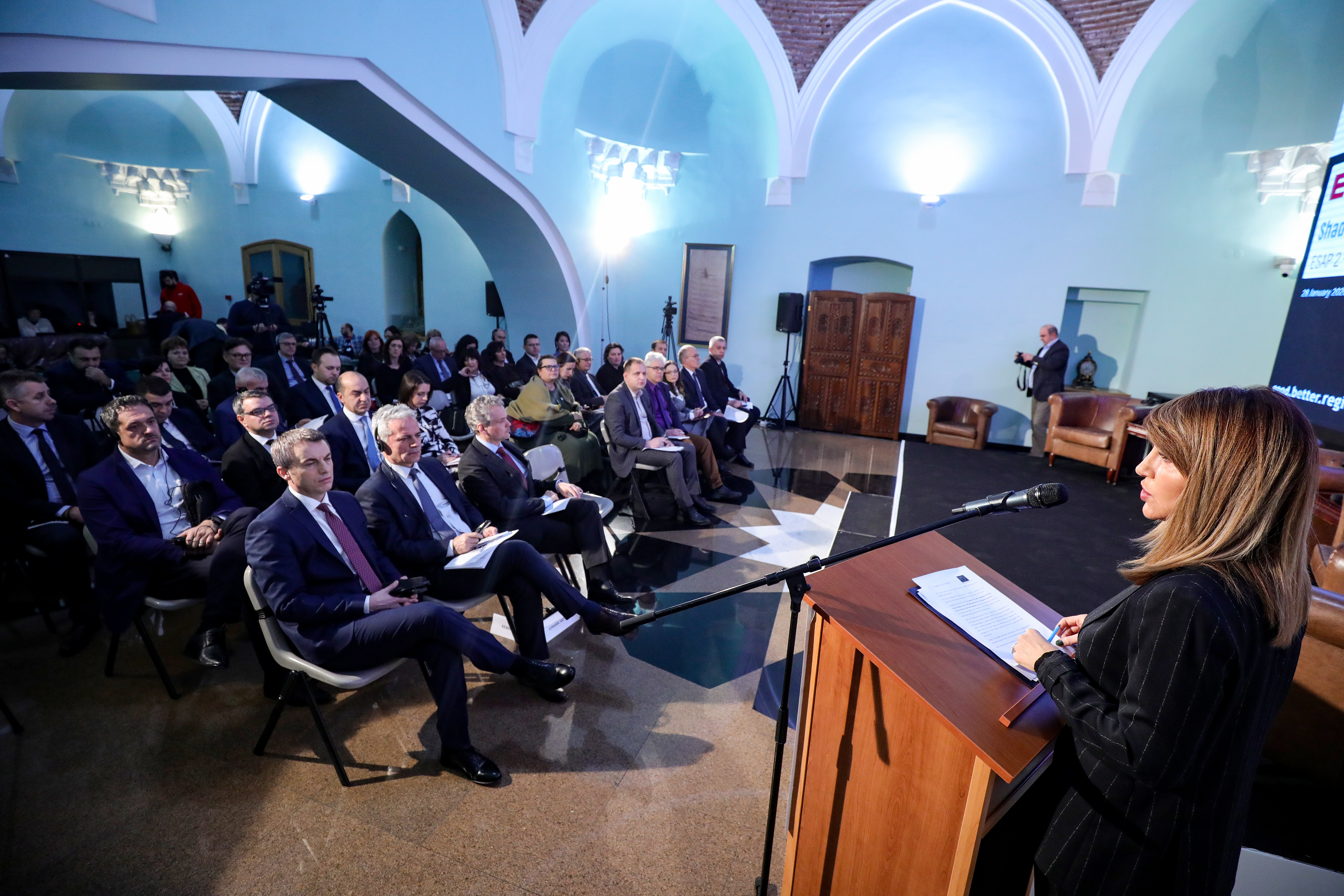 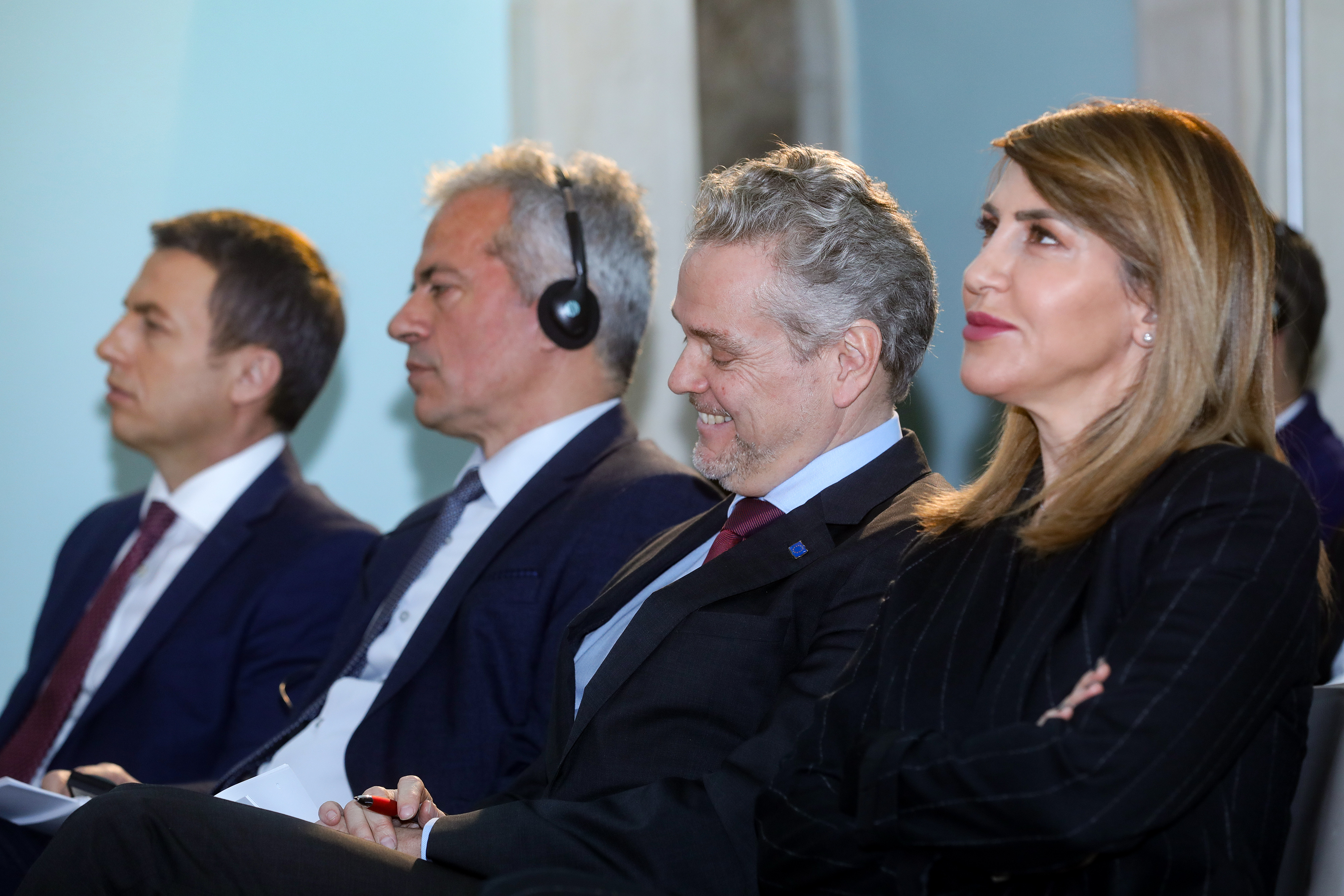 Secretary General Majlinda Bregu at the Regional Conference “Employment - Shades of Grey in the Western Balkans: Regional Perspectives on Creating More and Better Jobs”, marking the beginning of the Phase two of the RCC’s Employment and Social Affairs Platform Project - ESAP 2, in Sarajevo on 28 January 2020 (Photo: RCC/Armin Durgut)

Sarajevo – “More than 700 000 jobs have been added to the workforce during the past seven years and unemployment has moved for almost a quarter (23%) to around 16%, across the region. They say a tide lifts all boats, large and small. However, not everybody benefited from these economic and labour market improvements during the last decade”, said Majlinda Bregu, Secretary General of the Regional Cooperation Council (RCC), at the launching of the second phase of RCC’s Employment and Social Affairs Platform Project (ESAP 2), in Sarajevo today.

“For example, only 4.3% of the newly created jobs were taken up by youth under 24 years of age, and it very often takes them up to 2 years to find their first job. 1 in 4 young persons are not in employment, education, or training; almost half of the working age women are outside the labour market, compared to 1 out of 4 for men,” added Bregu stressing serious demographic challenges that the region faces. “Overall working age population in the Western Balkans has declined by more than 400,000 individuals in the last 5 years. Negative natural growth of the population is not the only contributor to this. Brain drain is the biggest challenge of this new decade that should dictate/shape the current and future policy agenda of our economies. Another important concern is the skills mismatch between what the education system equips youth with, and what the labour market requires. Education system should radically change and challenge the conventional thinking that education is about getting knowledge to education with primary economic value.”

The ESAP 2 is picking up on the results of the ESAP 1– building up on the work with Ministries of Labour and Employment Services and other partners, improving employment policies and measures, and learning from their European peers on what measures and policies work best to create more and better jobs, especially focusing on informal employment and its transition into formality.

“According to the World Bank, almost half (49.2 percent) of firms in the region compete against informal firms. Rate of informal employment in the region range from 18-30% but this number is much more significant if looked through the prism of lives of employees deprived of dignified working right and conditions. Simply put, making these numbers work in favour of these employees, their employers, societies and economy as a whole is a goal of ESAP 2,” concluded Bregu.

Beside the Secretary General Bregu, Markus Pilgrim, Director of the International Labour Organization (ILO) for Central and Eastern Europe, RCC’s partner in implementation of both ESAP 1 and 2 projects, and Ambassador Johann Sattler, Head of the Delegation of the EU to Bosnia and Herzegovina, took part in the opening of the conference. They stressed the importance of this project for the region as it helped promoting employment and many related, complex topics such as access to justice for all through alternative resolution of labour disputes, and significance of social dialogue through regional cooperation approach, which has proven to be more effective way in dealing with these complex issues than tackling it on individual, national level.

The conference gathered Ministers of Labour and Social Affairs from the region, of Public Employment Services, civil society and academics, who discussed current situation, upcoming employment trends and potential solutions to (un)employment issues in the region. Rudi Delarue, from European Commission’s Directorate General on Employment, Social Affairs, and Inclusion, concluded the Conference reiterating the EU’s commitment to the development of the Western Balkans, in particular in the area of employment and social policies, underlining that funding of ESAP 2 project is a European investment in future of decent work in the region.

ESAP 2 is a 3-year project, jointly implemented by the RCC and ILO, and funded by the EU, is to consolidate the results achieved under its 1st phase (ESAP 1), and expand to cover additional employment and social policy topics of high relevance for Western Balkans: undeclared Work; strengthening institutional capacities to develop, monitor and evaluating labour market policies and measures that would work towards more and better jobs; exposure and engagement of the Western Balkan institutions the EU-wide networks and processes aiming at alignment with the EU acquis and implementation of the European Social Pillar; and increase effectiveness of tripartite and bipartite social dialogue.

The project’s first phase (2016-2019) has supported six Western Balkan economies in labour market, employment and social policy reforms aimed at increasing employment opportunities for all across the region.