Miscevic: We need to focus on helping resolving issues young people are facing in order to keep them in our region 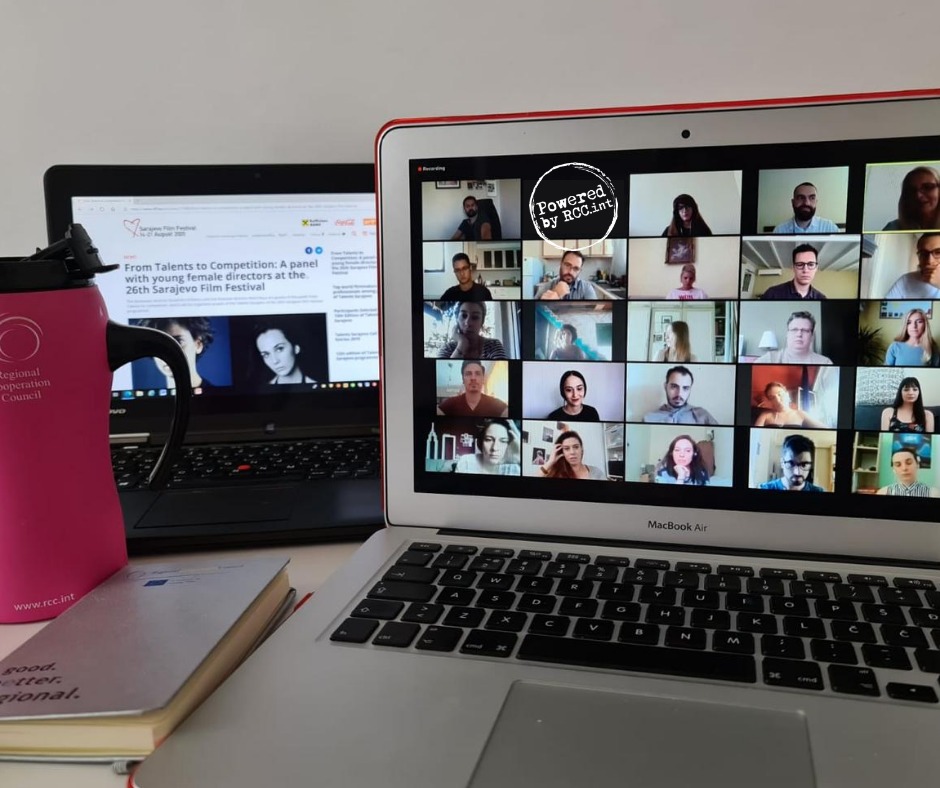 Sarajevo – “I am happy the RCC put youth and resolving issues they are facing, especially related to their career developments, and jobs in focus, with our EU-funded Youth Lab project that was launched beginning this year, but also through a series other activities, including our support for students, young filmmakers, from the region, through the Sarajevo Film Festival for 4 years in a row now,” said Deputy Secretary General of the Regional Cooperation Council (RCC) Tanja Miscevic, this morning while moderating a Talents Sarajevo panel discussion within the 26th Sarajevo Film Festival (SFF).

Ms Miscevic moderated a panel with two young South East European talented directors, Ms Ruxandra Ghitescu from Romania and Ms More Raca from Kosovo*, who expressed satisfaction over the participation at this year’s SFF, although happening online. Both young directors agreed that regional cooperation is very important in their line of work, because of networking and meeting people that are of similar background and will grow professionally together.

“Being young and developing career is not easy, especially in our region. Before the pandemic crisis it took about two years for a young person in Western Balkans to land a first job. And now, during the crisis, statistics say, 1 in 6 of young people in Europe stopped working. That is harsh. 51% of our young ones worry about the employment and that is something that has to be dealt with, in order to keep our daughters and sons, our future, in our region. And when we know that debutant filmmakers in our region are in their 30ties or even 40ties, cherishing and developing platform such as SFFs Talents and Student film competition, becomes even more important.”

The panel gathered young filmmakers from the region  and wider - participants of the SFF Talents Sarajevo and those competing for the Heart of Sarajevo for the best Student’s film, an award that for the 4th time in a row, from its very inception, has been sponsored by the Regional Cooperation Council. More info

Both directors are SFF Talents Alumni and Ms Ghitescu also developed her film through SFF CineLink Co-production market. Their movies, Otto the Barbarian of Ms Ghitarescu and Andromeda Galaxy a debut movie of Ms Raca, will have a world premiere at the 26th SFF and are in competition, among 12 movies, for the best female director Award Audientia. Both movies are also competing in the section Heart of Sarajevo for the best actor.