RCC to facilitate an all-inclusive regional agreement on movement with ID cards Bregu: The region needs common market to ensure free movement of business people, drivers and citizens in the Western Balkans 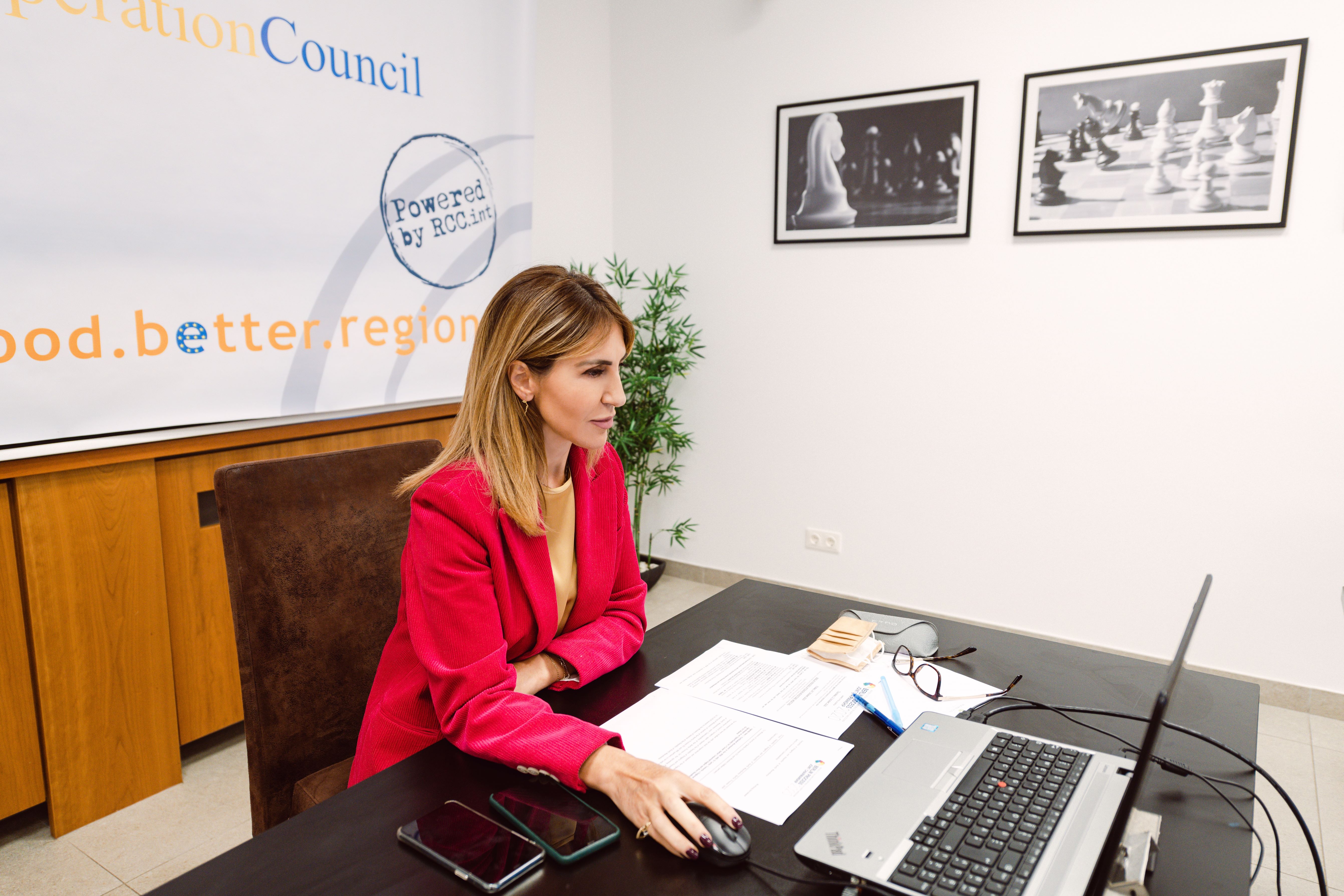 Sarajevo/Tirana/Skopje - “We are not a perfect region, but we want to make the best out of an imperfect picture. As a first step from today the Regional Cooperation Council is proud to facilitate an all-inclusive regional agreement on movement with ID cards. Our commercial and trade relations in the region cannot run anymore on business as usual basis. We have to have a common market, businesses to move freely, borders to be kept open for the flow of goods and medicines 24/7, we need digital services to serve people, we need innovations to run,” said Majlinda Bregu, Secretary General of the Regional Cooperation Council (RCC), at the Berlin Process Interior Ministers’ Meeting focussing on facilitated movement in the Western Balkan six economies (WB6) with ID cards, held online today.

“There is no common market without freedom of movement. We cannot steam trade without removing barriers to ensure free movement of business people, drivers and citizens. WB6 have shown to overcome the political rhetoric, and green lanes initiative was a good example. But freedom of movement deserves greater commitment than reactive and ad hoc solutions. As a first and most basic step we must allow citizens to be able to travel with ID cards. We are committed to make it happen as one of the key deliverables of the new document of Common Regional Market Action Plan 2021-2024 and we are pushing proudly to make this a success story confirmed by leaders in Sofia Summit in November.,” added Bregu.

The Berlin Process Interior Ministers’ Meeting dubbed “National, Cross-border and Human Security in Times of Pandemic: Strategy, Coordination and Synergy between the EU and the WB”, organized by Bulgaria and North Macedonia Berlin Process Joint Chairmanship 2020, builds on reiterated commitment by the leaders of the Western Balkans (WB) to enhance regional cooperation aimed at producing tangible results for all citizens across the region.   Discussion on “Facilitated Movement in the WB6 with ID Cards”, chaired by Oliver Spasovski, North Macedonian Minister of Interior, was facilitated by RCC Secretary General and Minsters of Interior of WB6.

Common Regional Market (CRM) is a regionally-owned agenda, supported by the European Commission (EC), focusing on connecting WB economies through free movement of people, goods, services and capital, regional digital, industrial, investment and innovation space, and green agenda.  RCC is currently, together with the EU, governments from the region, CEFTA, and partners in the advanced phase of its preparation, developing the Action Plan that is expected to be endorsed at the Western Balkans Sofia Summit in early November.