Bregu: While EU and the world are advancing to fit to the Digital Age, we need to run twice as fast to close the discrepancies 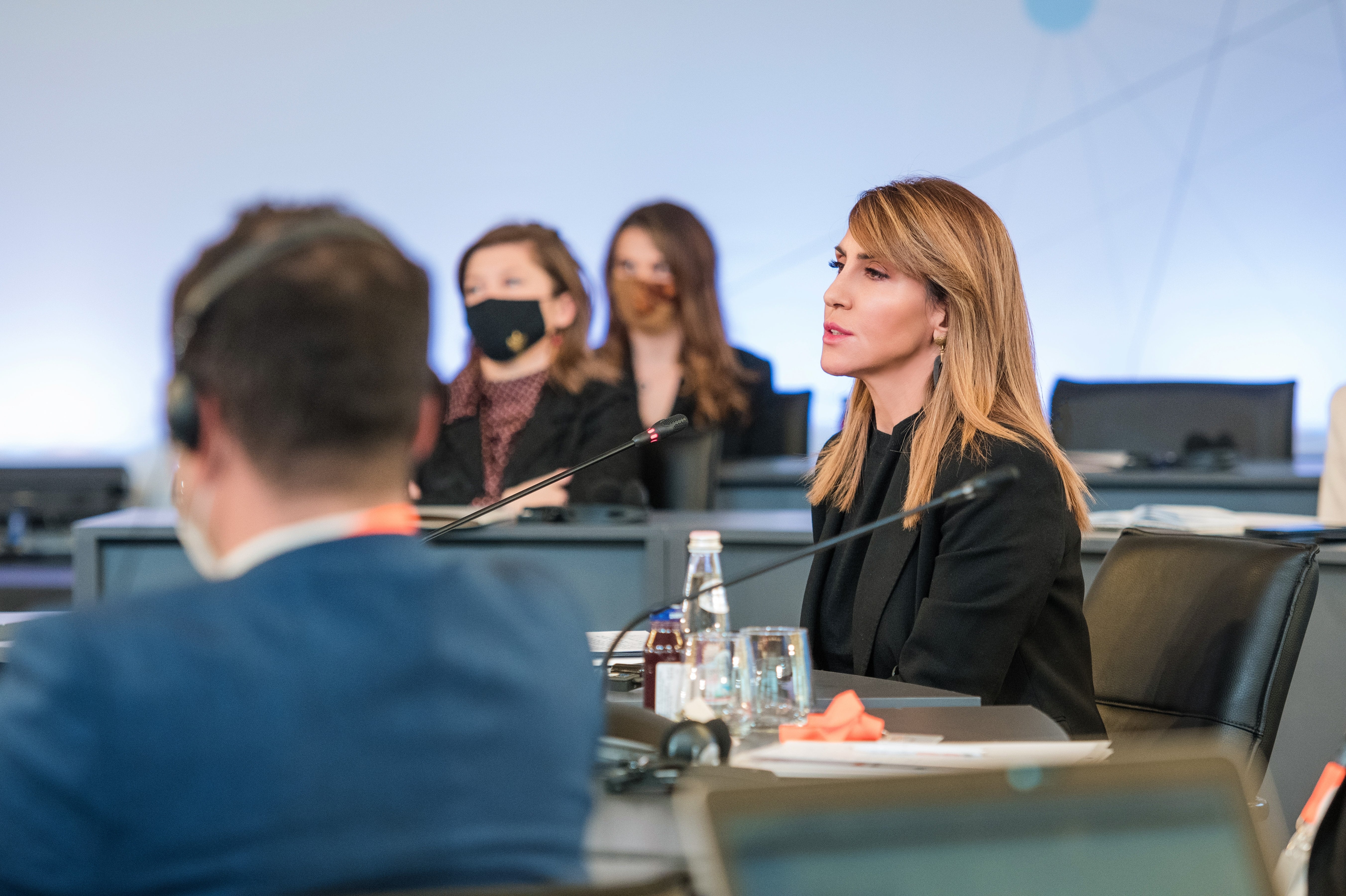 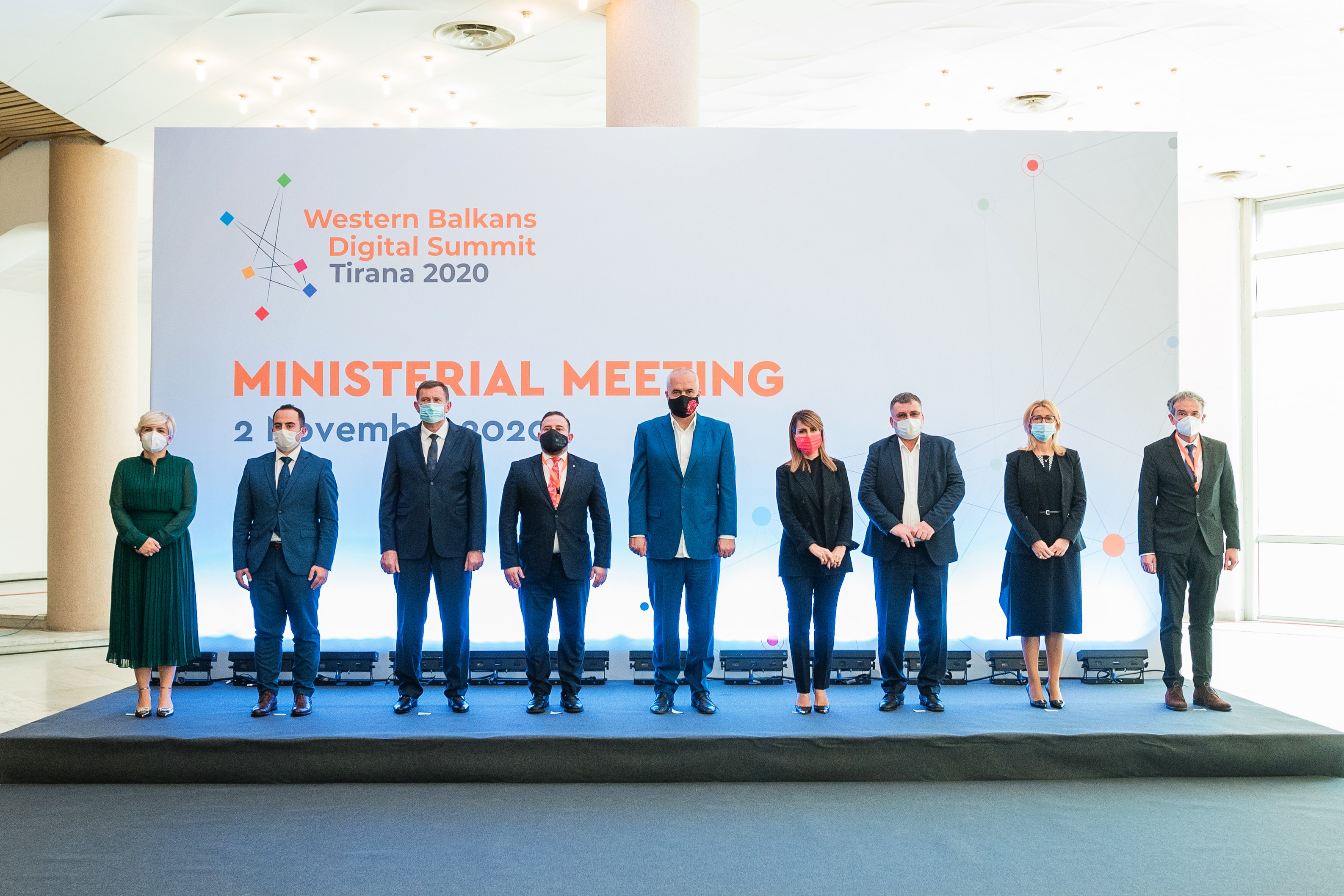 3rd Western Balkans Digital Summit in Tirana ended by 2 MoUs: on 5G roadmap for digital transformation; and on regional interoperability and trust services in the region, signed by the WB6 on 2 November 2020 (Photo: RCC/Armand Habazaj)

Closing of the 3rd Western Balkans Digital Summit: WB 6 ministers sign memorandums of understanding on 5G roadmap for digital transformation and on regional interoperability and trust services in the region

Tirana/Sarajevo – “At the last years' Digital Summit in Belgrade we witnessed a success story when the ministers of the Western Balkans (WB) six in charge of information and communication technologies signed the new Regional Roaming Agreement, paving a way for roaming free WB in 2021. I’m confident the region will deliver again having full support from European Commission and highest political commitment from WB6,” said Majlinda Bregu, Secretary General of the Regional Cooperation Council (RCC), at the opening of the Ministerial Meeting of the 3rd WB Digital Summit (WBDS) in Tirana today, where the WB6 ministers signed two memorandums of understanding on 5G roadmap for digital transformation and on regional interoperability and trust services in the region.

“A year and half ago we couldn’t foresee that our health and wellbeing will be safeguarded by the accelerated adoption of certain digital technologies that help reduce face-to-face interactions, changing the reality we live in from living standards, to the very nature of our work. Whoever was in doubt on when the digital future was going to abruptly land in our lives, by today should be convinced: that future is now. The lockdown brought high unemployment rate rise in the WB between 5 and more than 30%. Investing in technologies and becoming digital can make the difference. Digital transformation in WB may bring an increase of 4% in productivity. More intensive digital transformation is associated with new job creation in WB manufacturing sector - 1% increase in the level of digital transformation roughly corresponds to a 1.16% increase in employment. The price of keeping women out of STEM fields is higher than ever before: 180 million predominantly ‘female’ jobs have at least 70% probability of automation, while 90% of the world’s future jobs will require STEM skills. Contrary to popular belief, digital transformation is less about technology and more about people.”

“Statistics say that the average time a person aged 16 to 64 spends online is 6h 42 min. In our region 69% of individuals use internet. These numbers constantly grow. People are online. In order to open our region for digital transformation, to use technology in recovering from the pandemic, and to bridge the digital divide between our region and the rest of the world, experts say we need to deploy and drive digital technology solutions in response to health, economic, social and security needs. Meaning, to provide clearer and faster services which stick no barriers between us and getting those services. And that’s the plan the leaders of the WB will have to endorse as part of the Common Regional Market at Sofia Summit of Berlin Process on 10 November. While EU and the world are advancing to fit to the Digital Age, we need to run twice as fast to close the discrepancies,” concluded Bregu.

The WB Digital Summit is part of the Multi-Annual Action Plan on a Regional Economic Area (MAP REA), an agenda endorsed by the region’s leaders in Trieste 2017. The first ever Western Balkans Digital Summit was held in Skopje in April 2018, while the second WBDS took place last year in Belgrade. The Summit builds on the experience of the high-level regional dialogue on digital transformation, in the framework of the Berlin Process. Its continuation will remain part of the second phase of the creation of common regional market, an agenda that is to be endorsed at the Sofia Summit in November this year. The RCC, together with the EU, governments from the region, CEFTA, and partners is currently in the advanced phase of the preparation of the Common Regional Market Action Plan .