Bregu: We must change in order to provide healthier environment, cleaner air, to preserve fresh and drinking water, to survive 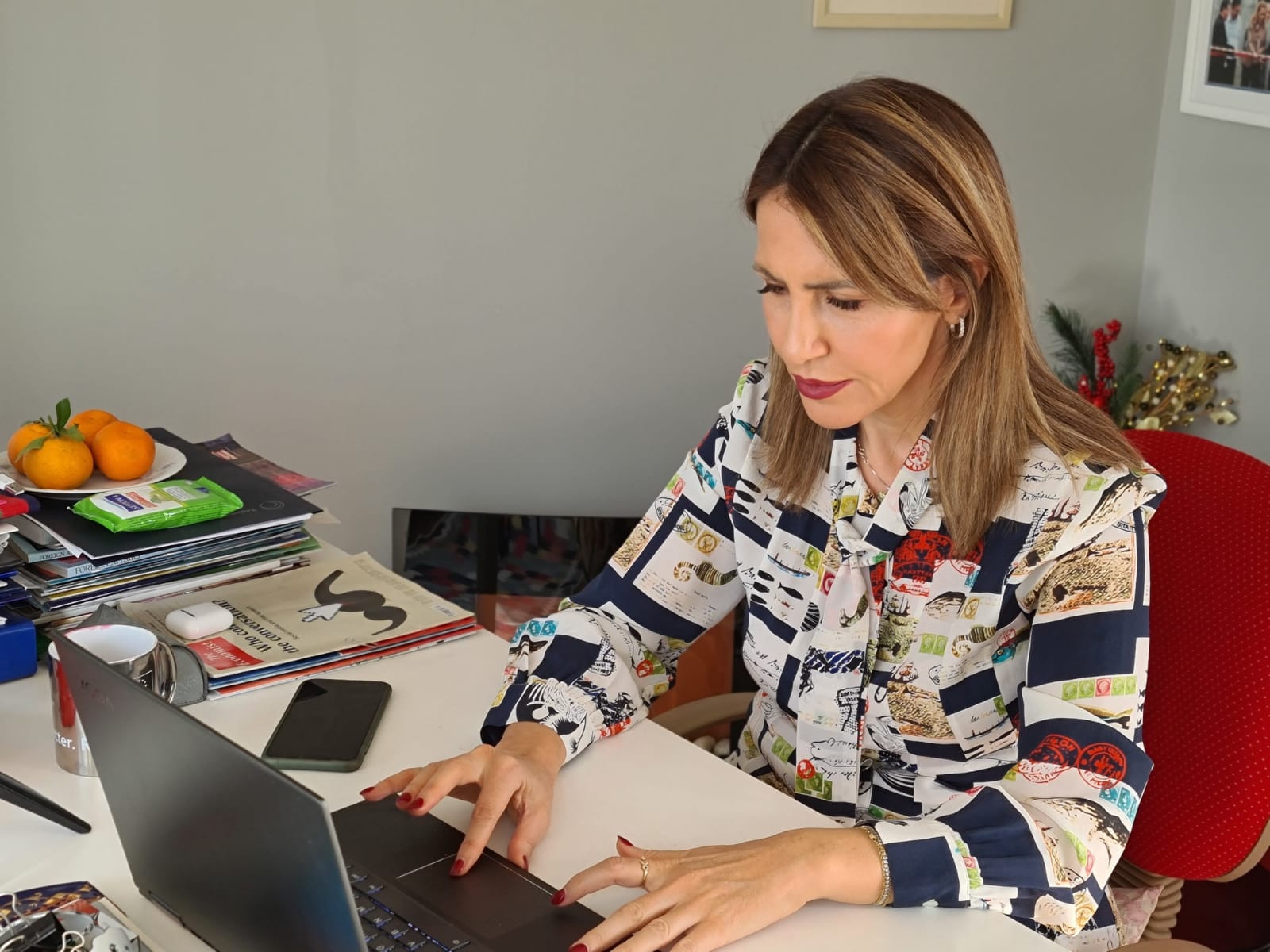 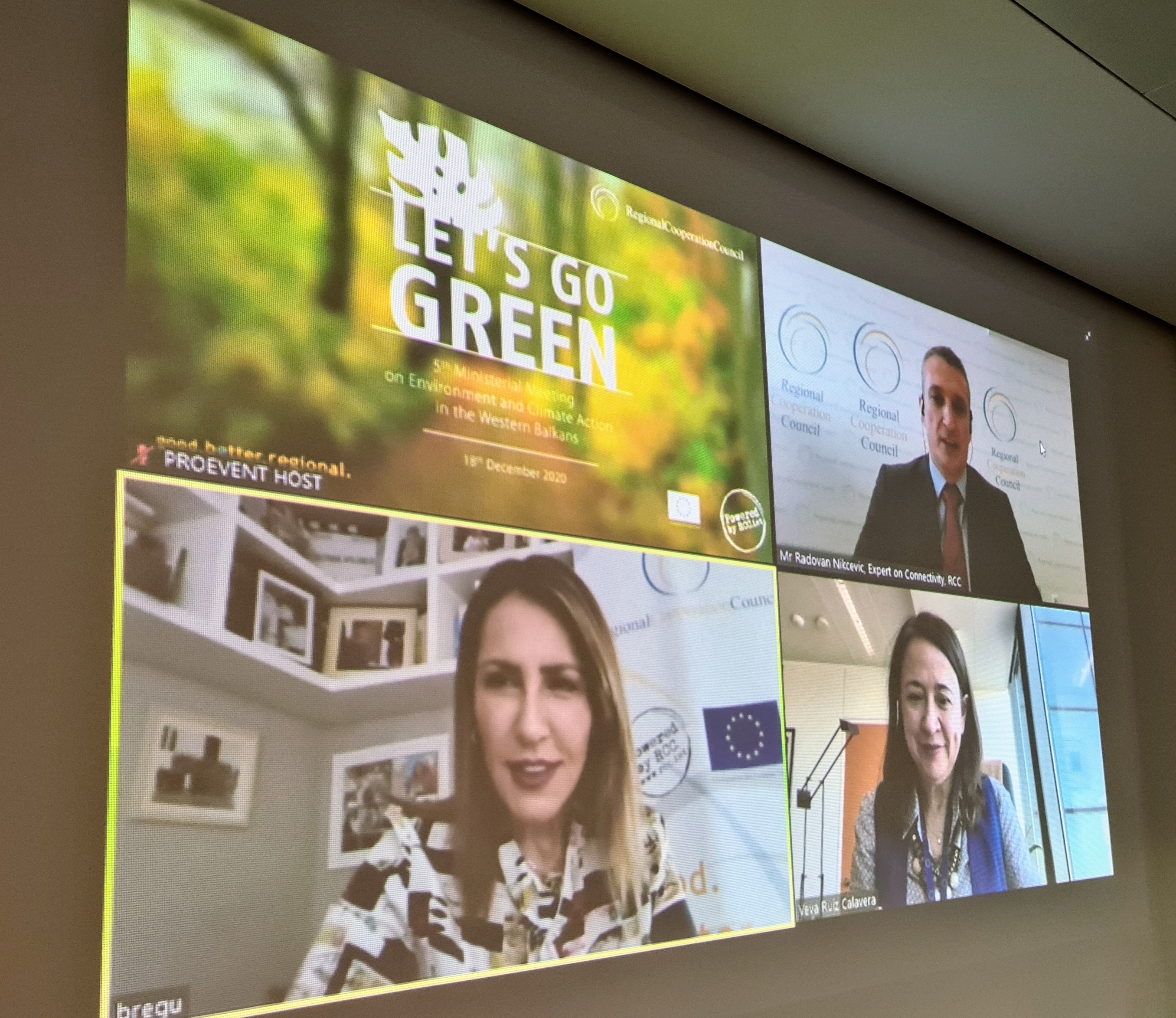 Sarajevo/Tirana - "The overwhelming 74% of Western Balkans (WB) citizens see pollution as a problem, which is not surprising, considering that this region holds the most polluted cities in the world, because 70% of our electricity is produced by burning coal. Not only this, 16 thermal power plants in the WB produce more pollution than 250 plants in the EU. Air pollution is directly responsible for up to one in five premature deaths in 19 Western Balkan cities. In many cities, wastewaters are discharged untreated. Linear economic model and “take-make-dispose” principle keep us locked in the past. Recycling rates in the region are below 3%, while the EU average is 44%. The pristine WB rivers and biodiversity are also endangered, and the Green Agenda for the Western Balkans is overdue” said Majlinda Bregu, Secretary General of the Regional Cooperation Council (RCC) at opening of the 5th Ministerial Meeting on Environment and Climate Action in the Western Balkans.

“The implementation of the Green Agenda our leaders adopted last month in Sofia will shape our future to a great extent. It will change the way how we produce and use products, and our irresponsible behavior towards nature. It will change the way we use energy and the forms of energy we use, how we commute, our everyday life. But we must change in order to provide a healthier environment, cleaner air, to preserve fresh and drinking water, to survive. It will not be easy, but through joining the region’s forces, and with the generous help of the EU through the 9billion EUR investment plan, we might have a chance, if we act now,” Bregu added.

The Western Balkans ministers dealing with environment and climate changes gathered at the meeting concluded that the region is committed to regional cooperation and resolute to jointly work on the implementation of the Sofia Declaration on the Green Agenda. The Regional Cooperation Council will continue to support the WB Governments in their endeavors in the processes related to environmental protection and climate, in close cooperation with regional partners. As of 2021, the RCC, together with the partners from the region, will start working on an Action Plan and roadmaps for the implementation of the Green Agenda, together with establishing of the appropriate monitoring system.
More info – https://www.rcc.int/docs/546/sofia-declaration-on-the-green-agenda-for-the-western-balkans-rn

"This is a very positive agenda and you can be really proud to be embarking on its implementation as it will be very beneficial for the citizens and the EU as whole, as if there is one thing that has no borders, it is pollution and environmental threats. The Western Balkans Green agenda will unlock the region’s potential of circular economy and that means jobs and growth," said Genoveva Ruiz Calavera, Director for Western Balkans at the European Commission’s Directorate General for European Neighbourhood Policy & Enlargement Negotiations.

"We are witnessing the climate change crisis moving faster than our efforts to mitigate it, thus threatening human development and endangering our plans for inclusive and sustainable growth. I would like to encourage all of us to do everything in our power  to additionally strengthen regional cooperation within the Green Agenda for the Western Balkans," said Ljiljana Lovrić, Deputy Minister, Ministry of Foreign Trade and Economic Relations of Bosnia and Herzegovina.

The 5th Ministerial Meeting on Environment and Climate Action in the Western Balkans was hosted by the Ministry of Foreign Trade and Economic Relations of Bosnia and Herzegovina and the Regional Cooperation Council as Co-Chairs of the Regional Working Group on Environment for 2020.

During the Western Balkans Sofia Summit, held on 10 November 2020, region reached important milestone by endorsing the Leaders’ Declaration on the Green Agenda that aligns with EU Green Deal. Declaration is to support and accelerate changes and processes in the region with the overarching goal of addressing climate change.