BALKHATHON 2.0 award ceremony: Six Best Teams to be Awarded for their Digital Solutions 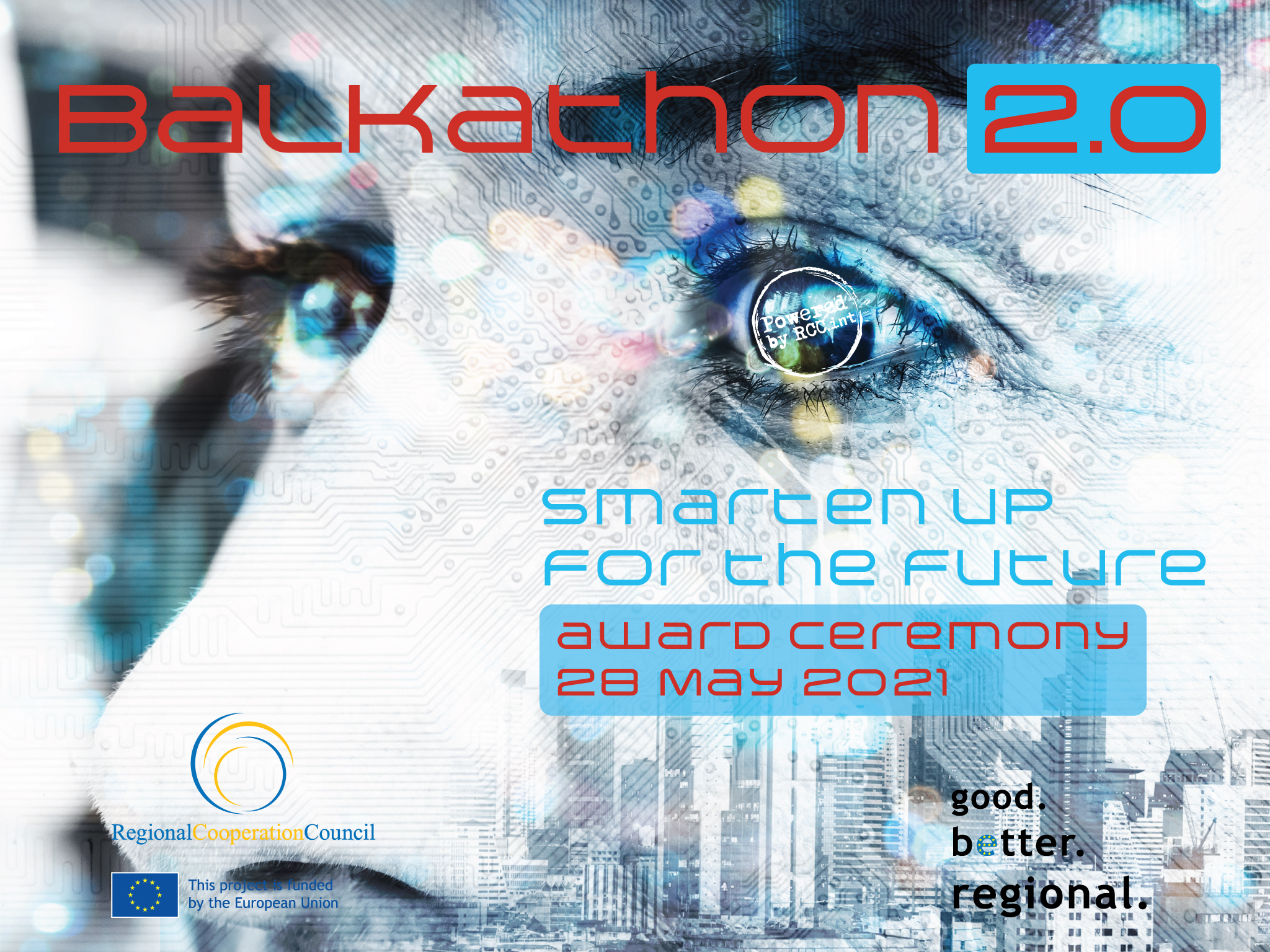 EUR 54,000 will be split into 6 awards for the best ideas in the areas of Smart City, Green City, E-health and E-entrepreneurship

Sarajevo/Podgorica – Winners of the second Western Balkans’ online competition for the best digital solutions, BALKATHON 2.0 are to receive their awards tomorrow, 28 May 2021, at the final event starting at 10.00 hrs live on the Regional Cooperation Council (RCC) YouTube channel and Facebook page.

This second edition of the competition, organised by the RCC for the second year in a row, attracted 90 team applications under four topics: Smart Cities, Green Cities, E-health and E-entrepreneurship. Out of 90 ideas, 37 teams with over 120 team members passed the pre-selection process and 12 teams will be the Balkathon 2.0 finalists. They will present their solutions tomorrow to the expert jury from the Western Balkans who will vote for the best. The best six teams will be awarded four main prizes in the amount of EUR 10,000 under each of the four topics and two teams will get special awards in the amount of EUR 7,000 each, to further develop their solutions.

The six winning teams will get an opportunity to implement their idea in the Western Balkans and present it at 4th Western Balkans Digital Summit 2021 due to take place in this fall, in Montenegro, which is this year’s host.

The entire final ceremony will be streamed live at the RCC’s YouTube Channel and Facebook Page, starting at 10.00 hrs (CET).

Find out more about the Balkathon competition at https://www.rcc.int/balkathon

The aim of the Western Balkan regional competition Balkathon, organised by the RCC and funded by the European Union, is to invite interested young people, start-ups, entrepreneurs, students, digital innovation hubs, scientific parks, universities, SMEs, etc. from all the  Western Balkan economies to propose and develop innovative digital solutions in response to challenges of our daily lives.