Bregu: With regional youth unemployment rate at 35.1% the need to act is clear, as youth is our most precious asset 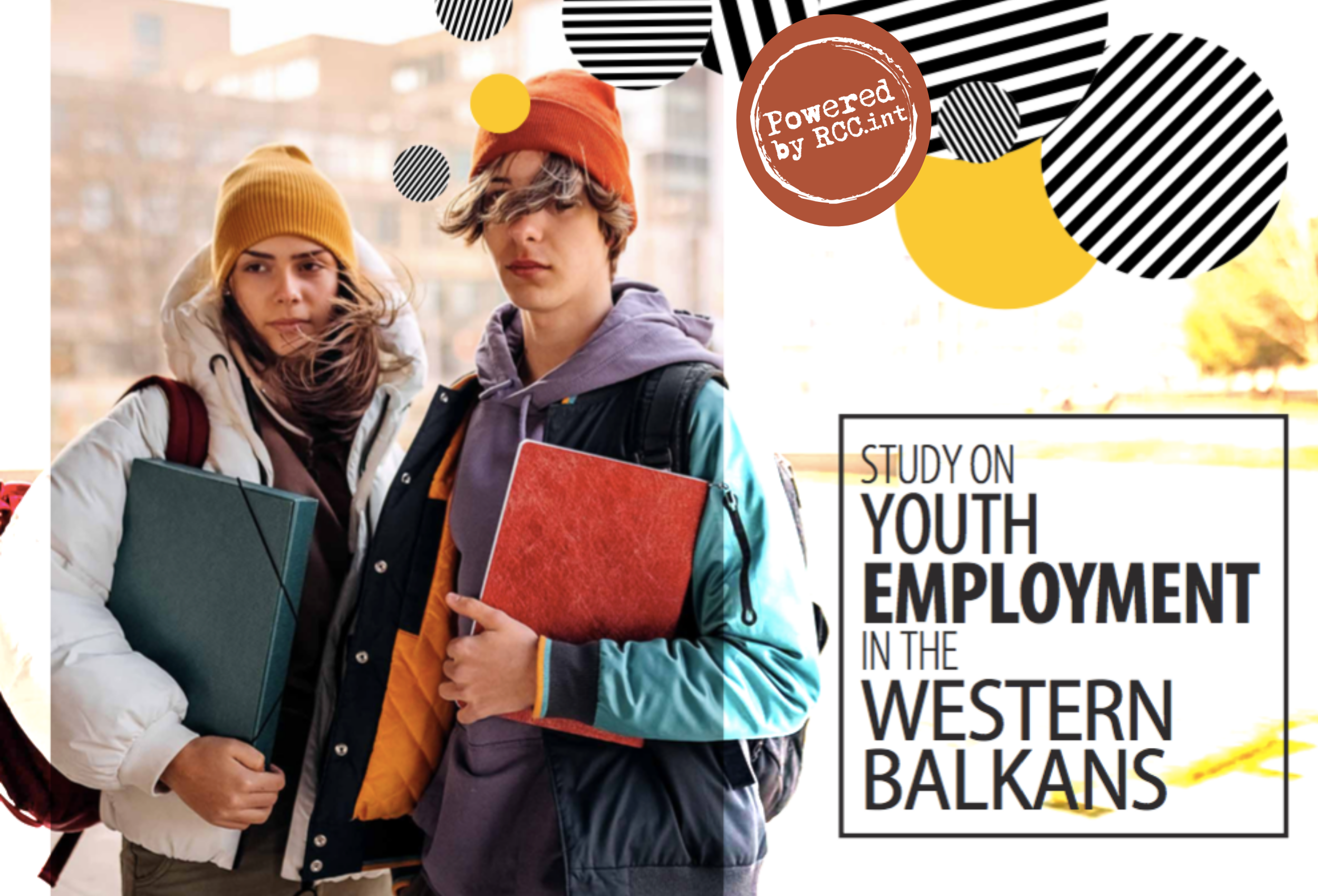 RCC’s ESAP Project presented Study on Youth Employment in the Western Balkans on an online Give Youth a Chance” conference held on 31 Mat 2021 (Design: RCC/Samir Dedic)

Sarajevo/Online – “Youth and jobs has not been a good combination in the Western Balkans for some time. The average regional youth unemployment rate in 2020 was 35.1%, which is more than double the European Union (EU) rate of 16.9%. Some of it can be blamed on the COVID 19 pandemic that stopped job creation, but changing the situation with youth unemployment requires eliminating the cause of the problem, not just dealing with the effects”, Majlinda Bregu, Secretary General of the Regional Cooperation Council (RCC) said, welcoming the participants of the “Give Youth a Chance” conference, organised by the RCC-implemented EU-funded Employment and Social Affairs Platform 2 (ESAP 2) project to present its Study on Youth Employment in the Western Balkans.

“In 2020, youth employment was below 27% in all Western Balkan six and there is also a sizeable gender gap, where employment rates for young women average at 14.5 %, against 24.8% for young men. The need to act is clear, as youth is our most precious asset. To change things, we do not have to reinvent the wheel but rather make a vehicle using the available wheels, in this particular case the Youth Guarantee scheme in the Western Balkans, modelled on the its EU namesake, which helped millions of young Europeans to get either good quality employment offer, continued education, apprenticeship or traineeship within a period of four months of becoming unemployed or leaving education. I’m positive we can do this together, for better economies, for our better future,” added Bregu.

Jordi Curell Director of the Directorate General for Employment, Social Affairs and Inclusion (DG EMPL) of the European Commission, highlighted that “a society which doesn’t give hope and offer opportunities to its youth is a society without future”. He added that the EU was ready to support the development of youth activation programmes through support for Youth Guarantee schemes in the region, along the lines of those already implemented in the EU Member States, through instruments like Instrument for Pre-Accession Assistance (IPA), concluding that the EU is looking forward to seeing new solutions and perspectives for young people in the Western Balkans.

Amira Ramhorst, Team Leader of the ESAP 2 project presented the key findings of the Study, highlighting the key issues facing young people in the labour market in six Western Balkan economies, while Professor William Bartlett, Lead Study editor and analyst, presented the possible path to the Youth Guarantee in the region. The Conference was moderated by Ognjen Markovic, Project Expert at the RCC’s Western Balkans Youth Lab Project that took an active part in organisation of today’s event.