Balkan Barometer 2021: 63% of Western Balkan citizens do not want their children to share the classroom with Roma children Bregu: Discrimination against Roma remains very high, and we have to take actions to reduce and prevent it 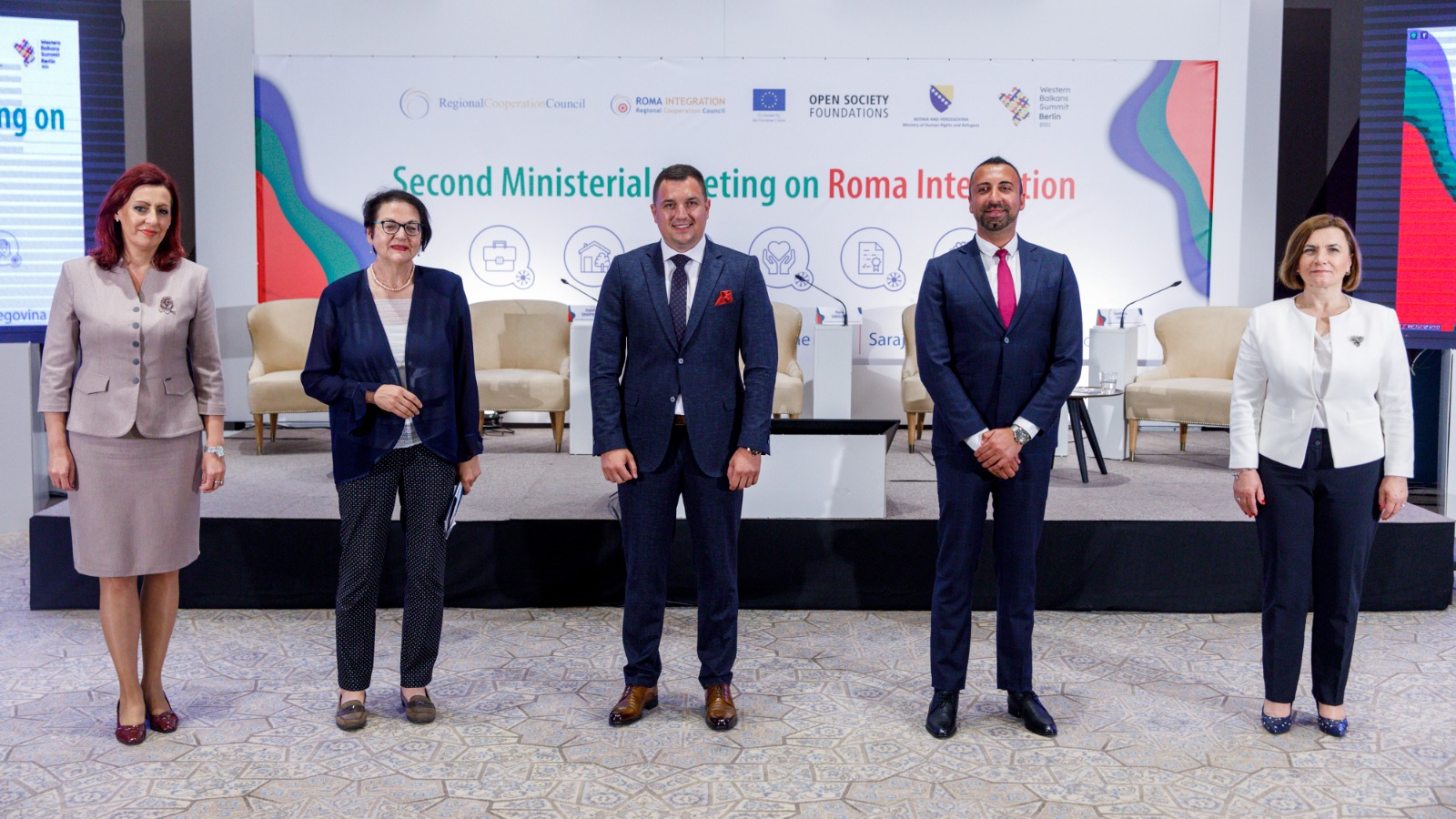 Orhan Usein, Head of Office at RCC's project Roma Integration (second on the left) with Westren Balkans Heads of Delegations at the Ministerial meeting on Roma Integration, in Sarajevo on 28 June 2021 (Photo: RCC/Armin Durgut) 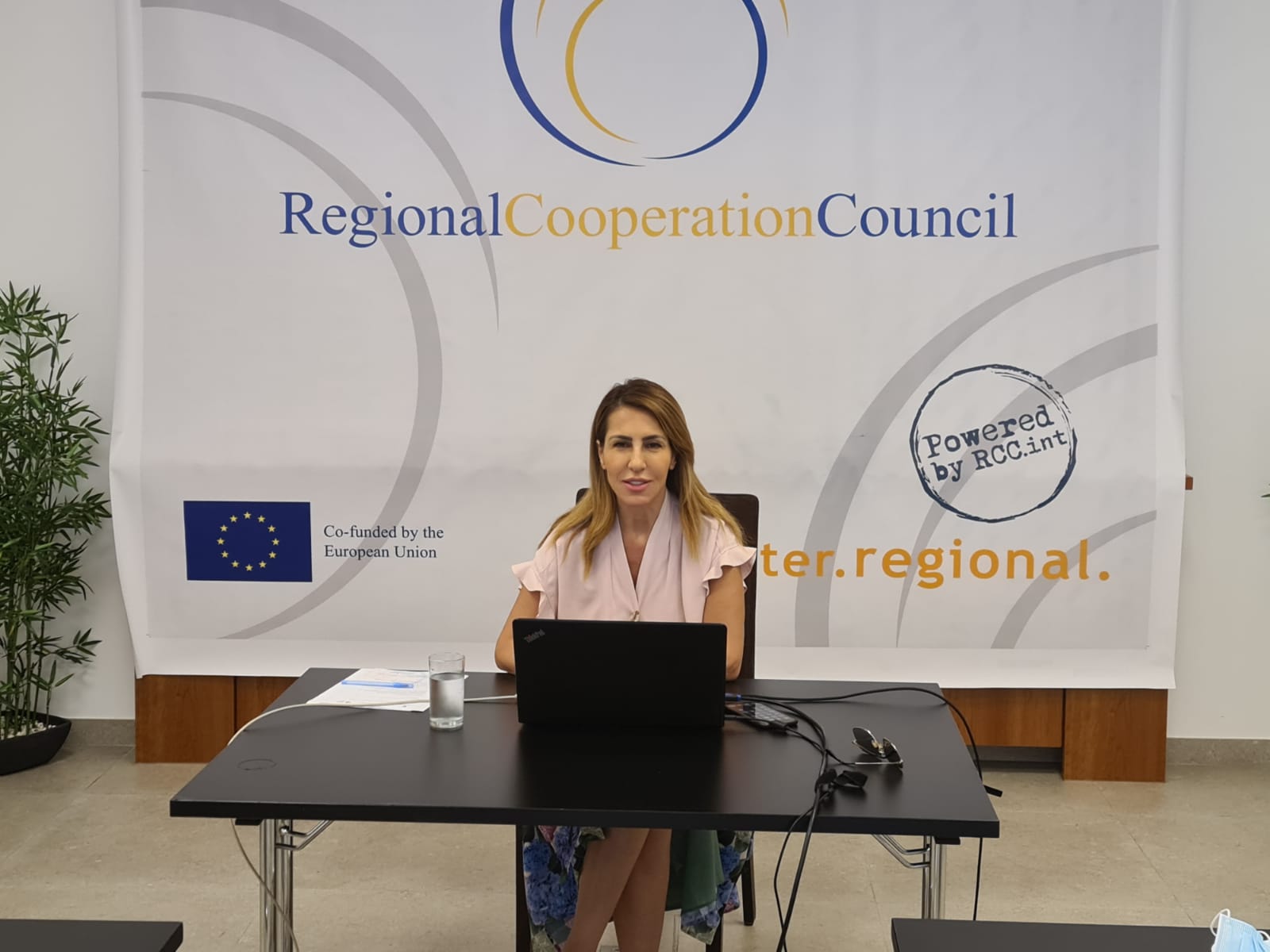 Sarajevo hosts Second Ministerial Meeting on Roma Integration: Roma should be included in the Green and Digital Agendas

Sarajevo – “According to the Balkan Barometer 2021, around 40% of the businesses in the Western Balkans are still reluctant to hire Roma even when they meet the criteria. 63% of Western Balkan citizens do not want their children to share the classroom with Roma children. So, while Poznan Declaration adopted by the region’s leaders 2 years ago clearly stipulates achievements the region set to reach when it comes to Roma Integration, discrimination remains very high, and we have to take actions to reduce and prevent it,” said Majlinda Bregu, Secretary General of the Regional Cooperation Council (RCC), at the opening of the Ministerial meeting on Roma Integration taking place in Sarajevo today.

“The region must start serious efforts to initiate and tackle the root-cause of the exclusion of Roma. A regional analysis on how to combat institutional antigypysim that we are conducting will assist the governments in this regard. It is also crucial that Roma are not left out from the mainstream polices, including the Green and Digital Agendas,” added Bregu. 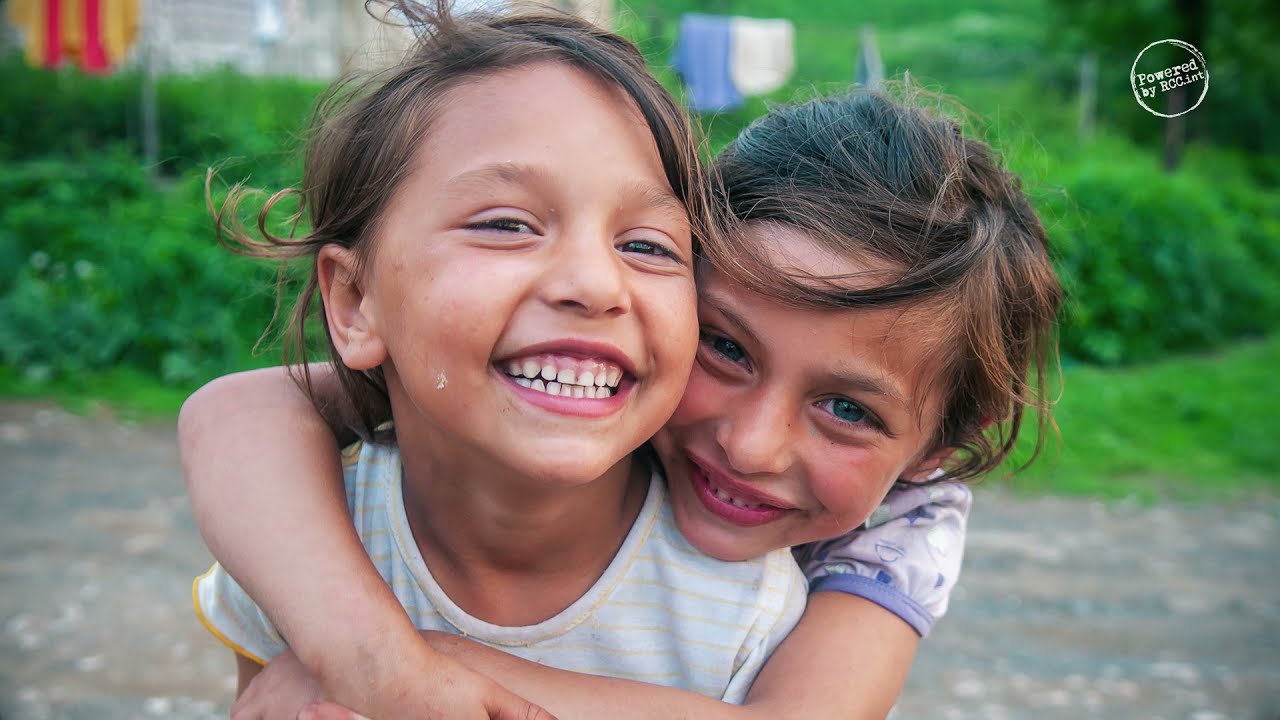 The meeting participants, ministers responsible for Roma integration in the region, confirmed that their national Roma integration strategies will be developed, updated and aligned with the EU Roma Strategic Framework for equality, inclusion and participation 2020-2030 by October 2021. They agreed to strengthen the ongoing work on Roma integration in general, and more specifically adopted the joint Conclusions on enhancing the employment rate of Roma, improving housing conditions, making sure that the Roma are not left out from the COVID-19 recovery plans.

Miloš Lučić, Minister of Human Rights and Refugees, Bosnia and Herzegovina, who hosted today’s meeting said that BiH activities in the field of Roma inclusion are strategical and long-term. “Our new action plan for 2021-2025 includes goals from the new Roma strategic framework for equality, inclusion and participation of Roma and targets set in the Poznan Declaration. We are doing everything we can to continue to achieve even better results within the available financial resources”.

Oliver Varhelyi, EU Commissioner for Neighbourhood and Enlargement, emphasised that there is still a lot to do to unlock the potential of the full inclusion of Roma. “The Economic and Investment Plan for the Western Balkans which the European Commission presented last autumn, pays special attention to access to the education and labour market participation for Roma people under the Human Capital investments.”

Michael Roth, German Minister of State for Europe, said he is “thankful that the topic of Roma Integration in the Western Balkans is kept high on the agenda since Roma unfortunately still face discrimination, marginalisation and even violence.”

Zeljko Jovanovic, Director of Open Society Foundations Roma Initiatives Office, stressed that Roma integration should not still be treated as a public burden, but as public investment and benefit for all. “Investing in recovery and transition from informal to the formal economy and not leaving out this important aspect from the mainstream policies as is very often case now, should be a priority. In particular, we should protect the economic activities of Roma in the important sectors: waste management and recycling, agriculture and similar, where Roma are mostly present”.

The meeting, organised by the RCC’s Roma Integration Project and hosted by the Bosnia and Herzegovina, gathered ministers responsible for Roma Integration from the Western Balkan economies, Heads of Delegations, National Roma Contact Points, Civil Society representatives, organisers of the upcoming Berlin Summit, as well as representatives of the European Union and the Regional Cooperation Council.
Conclusions of the meeting, which are expected to be adopted at the upcoming Berlin Process Summit, will soon be available at https://rcc.int/romaintegration2020/

Declaration of Western Balkans Partners on Roma Integration within the EU Enlargement Process was adopted within the Berlin Process in July 2019. By adopting the Declaration, the economies committed themselves to continue and further enhance efforts to achieve equality and full integration of Roma, as part of regional cooperation and the accession process to the European Union. The Declaration foresees the achievement of specifically defined objectives in the areas of employment, education, housing, health care, documentation and combating discrimination. Ministerial meetings are organised as a follow-up to analyse where the region stands with the implementation of the commitments.