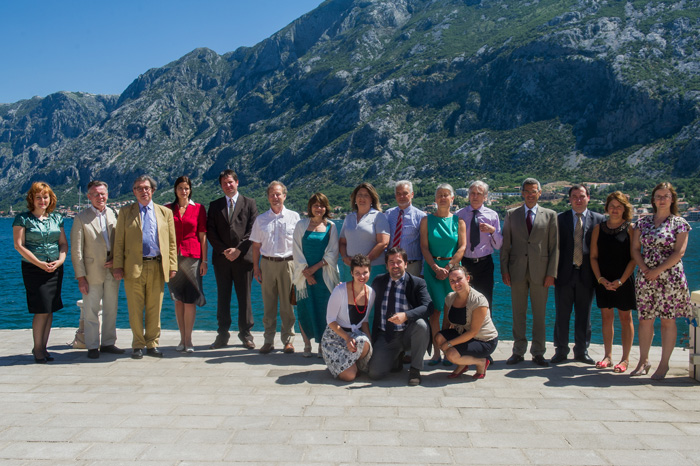 The Third Meeting of the Regional Cooperation Council (RCC) Task Force on Culture and Society (TFCS) ended today in Prčanj, Montenegro, with an agreement to finalize the establishment of Ljubljana Process national task forces, necessary for implementing the project ‘Sustaining the Rehabilitation of Cultural Heritage in the Western Balkans’.

It is expected that the 500,000 EUR worth project contract will be concluded between the European Commission and the RCC Secretariat next month.

The two-day meeting adopted the Narrative Report of the TFCS Secretariat for the period April-June 2012 and endorsed the Needs Assessment Report: Political Sustainability of the Ljubljana Process, prepared by the project’s Expert Board.

In her opening address, Deputy RCC Secretary General Jelica Minic said that preserving and further improving multi-cultural harmony and inter-religious relations is of particular importance for the entire region and in particular for Western Balkans.

“Achievements of the Ljubljana Process on cultural heritage rehabilitation require greater involvement of relevant institutions from the region, including establishment of national teams which will work towards fulfilling planned tasks on country levels”, said Minic.

“I believe that the RCC Task Force on Culture and Society, assisted by the strategic partnerships of national, regional, European and international stakeholders, is ready to respond to emerging tasks of concrete and result-oriented regional cooperation, to the benefit of institutions, organizations and individuals devoted to promotion and development of culture in our region.”

The meeting presented the Task Force website (http://tfcs.rcc.int) and discussed possibilities for improving the visibility of the Ljubljana Process, including development of printed brochures and electronic presentations of rehabilitation projects.

The RCC Task Force on Culture and Society promotes regional cultural cooperation in South East Europe by creating a platform for dialogue among relevant stakeholders. It was established in June 2011, with the seat in Cetinje, Montenegro.