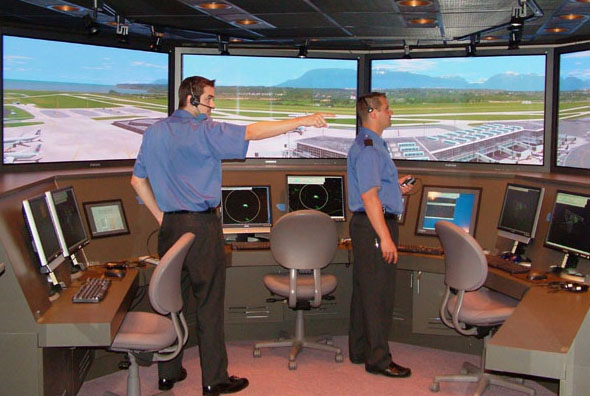 A workshop on establishment and empowerment of national airspace authorities was held at RCC Secretariat on 23-25 November 2010, Sarajevo, Bosnia and Herzegovina. (Photo: www.simulation.org.uk)

SARAJEVO – A three-day workshop on establishment and empowerment of airspace National Supervisory Authorities (NSA), will open tomorrow at the Regional Cooperation Council (RCC) Secretariat, in Sarajevo, Bosnia and Herzegovina.

The event will emphasize the importance of a strong NSA for the effective implementation of the Single European Sky (SES) legislation and for overall aviation safety.

It is being co-organized by the RCC Secretariat and the Belgian Presidency of the Council of the European Union, in cooperation with the European Commission and the Implementation of Single European Sky in South East Europe (ISIS) Programme.

Participants will focus on the necessary personnel profiles and training of the NSA staff, and on documentation, procedures, and policies that needs to be developed by the NSA in order for its efficient and effective functioning.

Rules for joint designation of service providers aimed at the creation of an integrated airspace among the countries of South East Europe, as well as the importance of well-structured and well performed oversight, will also be discussed.

The conference will be opened by Head of the Belgian Diplomatic Office in Sarajevo, Alex Lenaerts, representing the Belgian EU Presidency, and RCC Expert on Infrastructure, Amna Redžepagić, with a key note presentation by Air Transport Management – Section Manager at the European Aviation Safety Agency (EASA), Laszlo Kiss.

This event will bring together representatives of transport ministries and civil aviation authorities from South East Europe.

Journalists are invited to attend the opening of the workshop on Tuesday, 23 November 2010, at 2 p.m., at the premises of the RCC Secretariat, Trg BiH 1/V, 71000 Sarajevo, Bosnia and Herzegovina.